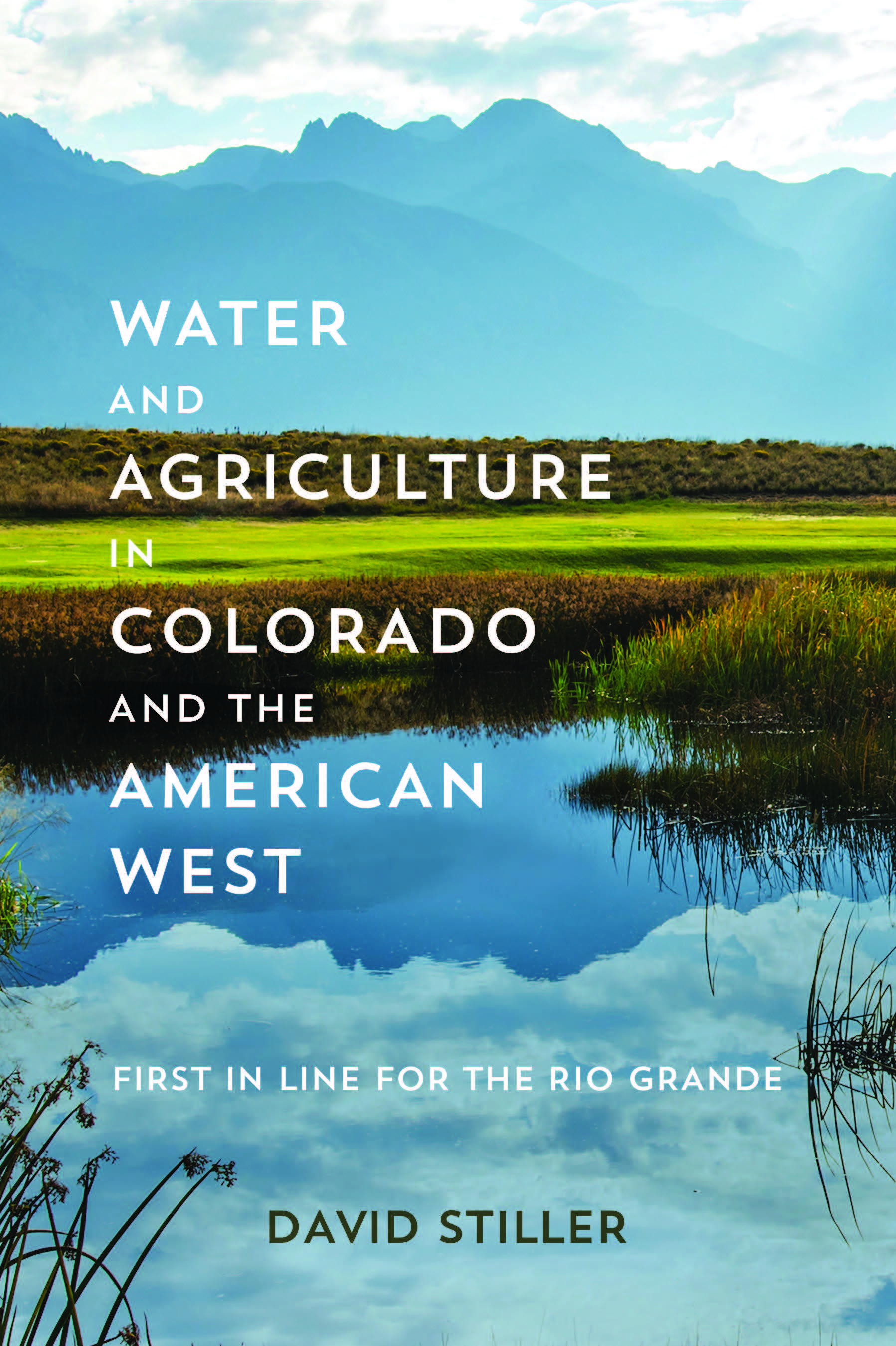 Water and Agriculture in Colorado and the American West
First in Line for the Rio Grande
$45.00

Water has always been one of the American West’s most precious and limited resources. The earliest inhabitants—Native Americans and later Hispanics—learned to share the region’s scant rainfall and snowmelt. When Euro-Americans arrived in the middle of the nineteenth century, they brought with them not only an interest in large-scale commercial agriculture but also new practices and laws about access to, and control of, the water essential for their survival and success. This included the concept of private rights to water, a critical resource that had previously been regarded as a communal asset.

David Stiller’s thoughtful study focuses on the history of agricultural water use of the Rio Grande in Colorado’s San Luis Valley. After surveying the practices of early farmers in the region, he focuses on the impacts of Euro-American settlement and the ways these new agrarians endeavored to control the river. Using the Rio Grande as a case study, Stiller offers an informed and accessible history of the development of practices and technologies to store, distribute, and exploit water in Colorado and other western states, as well as an account of the creation of water rights and laws that govern this essential commodity throughout the West to this day. Stiller’s work ranges from meticulously monitored fields of irrigated alfalfa and potatoes to the local and state water agencies and halls of Congress. He also includes perceptive comments on the future of western water as these arid states become increasingly urbanized during a period of worsening drought and climate change.

An excellent read for anyone curious about important issues in the West, Water and Agriculture in Colorado and the American West offers a succinct summary and analysis of Colorado’s use of water by agricultural interests, in addition to a valuable discussion of the past, present, and future of struggles over this necessary and endangered resource.

Author Bio
David Stiller is an environmental historian and former consulting hydrologist with more than thirty years of experience in mining, hazardous waste remediation, water supply, environmental policy analysis, irrigation, and agriculture. He owned and operated an irrigated farm and landscaping nursery and served on the board of directors of one of western Colorado’s largest irrigation companies. He also is the author of Wounding the West: Montana, Mining, and the Environment. He lives in Durango, Colorado.
Reviews

"David Stiller takes the reader on a 600-year journey through time, tracing the West’s most valuable commodity—clean, unpolluted water—through generations of agricultural uses and legal battles. This book shows how centuries of aggressive water use can have unintended consequences, and how those consequences can be compounded by a changing climate and altered patterns of precipitation, sounding a warning note that treating streams and rivers as commodities to be owned and profited from rather than natural dynamic systems to be safeguarded can ultimately result in disaster for the local communities—human and nonhuman alike—that depend on them."
—Erik Molvar, executive director of the Western Watersheds Project