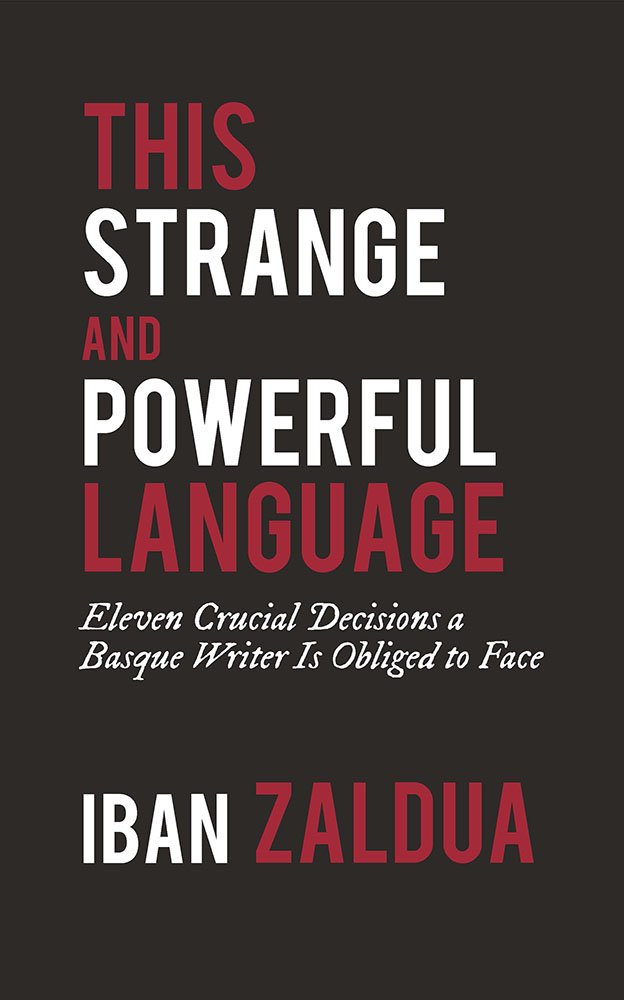 “This mysterious language, it is very strange, very powerful,” This is how critic George Steiner responded when asked about the survival of the Basque language. Basque is a language isolate, related to none other. It is therefore understandable that Basque literature is mostly unknown, even though much of it is now available in Spanish and English translations. In This Strange and Powerful Language: Eleven Crucial Decisions a Basque Writer Is Obliged to Face, Basque novelist and essayist Iban Zaldua set himself the task of providing a guide for outsiders to contemporary Basque authors.

His concise and readable guide was the winner of the 2015 Euskadi Prize, the highest literary honor in the Basque country. This Strange and Powerful Language is a non-academic work designed for students, teachers, and the general reader. Steiner argued that, while Basque was mysterious and ancient, it was also unimportant— a minor language incapable of supporting a body of literature. Zaldua shows that the truth is just the opposite. Moreover, by choosing to write in Basque, authors inevitably face intriguing literary and political questions of subject matter, point of view, and audience.

Author Bio
Novelist and critic Iban Zaldua was born in Donostia-San Sebastian in 1966. His previous fiction titles include: Ipuin euskaldunak (Basque Stories, co-authored with Gerardo Markuleta); Gezurrak, gezurrak , gezurrak (Lies , lies, lies); Traizioak (Betrayals) and La isla de los antropólogos y otros relatos (Island of Anthropologists and Other Stories). In 2006 he won the top honor for Basque authors, the Euskadi Prize, for Etorkizuna: hamabost ipuin ia politiko (The Future: Fifteen Almost Political Stories). He is a regular contributor to newspapers and other media in the Basque Country. He currently lives in Vitoria-Gasteiz and is Professor of Economic History at the University of the Basque Country. (from Basque blog)
Reviews
© University of Nevada Press
Design by BDG