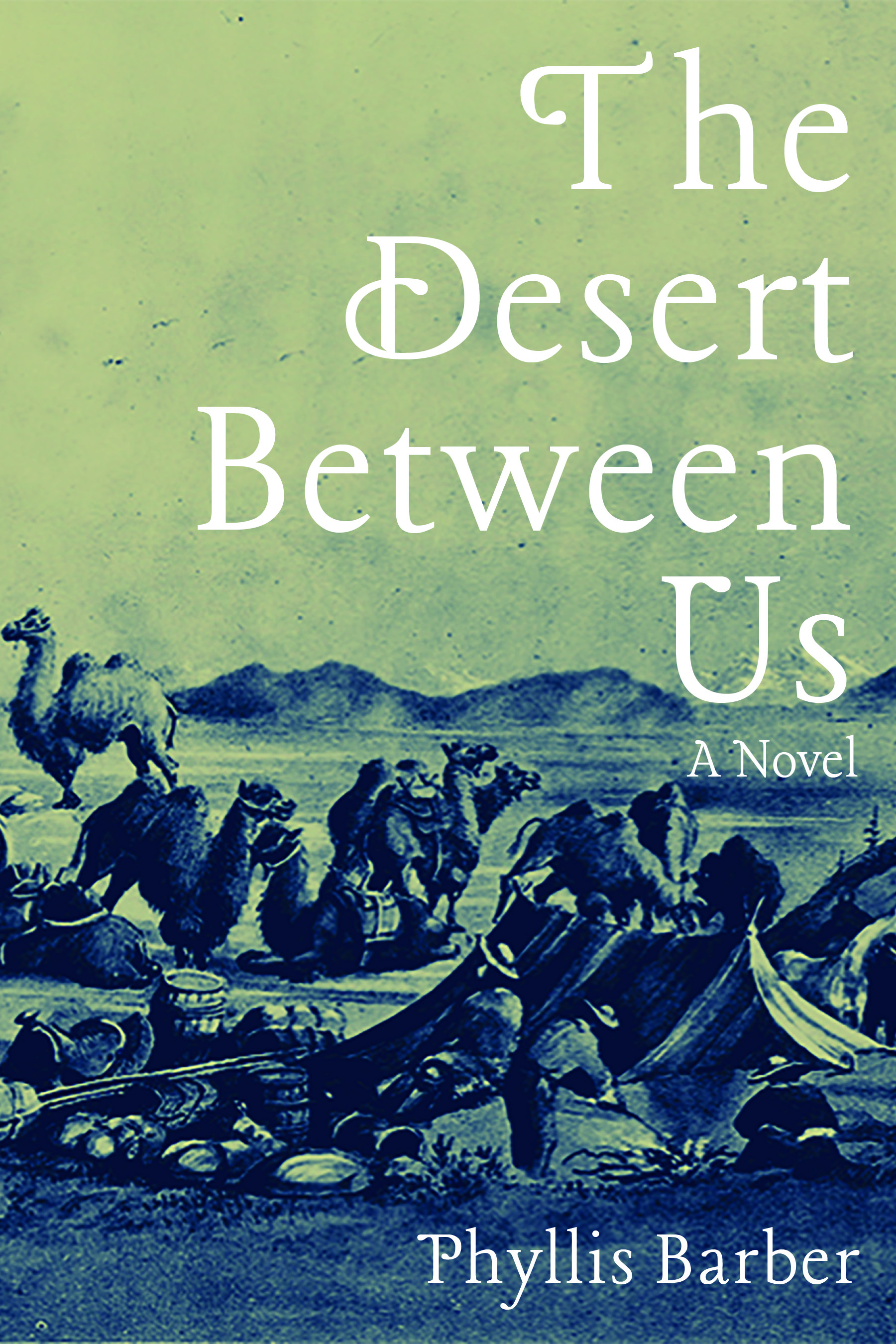 The Desert Between Us is a sweeping, multi-layered novel based on the U.S. government’s decision to open more routes to California during the Gold Rush. To help navigate this waterless, largely unexplored territory, the War Department imported seventy-five camels from the Middle East to help traverse the brutal terrain that was murderous on other livestock.

Geoffrey Scott, one of the roadbuilders, decides to venture north to discover new opportunities in the opening of the American West when he—and the camels—are no longer needed. Geoffrey arrives in St. Thomas, Nevada, a polygamous settlement caught up in territorial fights over boundaries and new taxation. There, he falls in love with Sophia Hughes, a hatmaker obsessed with beauty and the third wife of a polygamist. Geoffrey believes Sophia wants to be free of polygamy and go away with him to a better life, but Sophia’s motivations are not so easily understood. She had become committed to Mormon beliefs in England and had moved to Utah Territory to assuage her spiritual needs.

The death of Sophia’s child and her illicit relationship with Geoffrey generate a complex nexus where her new love for Geoffrey competes with societal expectations and a rugged West seeking domesticity. When faced with the opportunity to move away from her polygamist husband and her tumultuous life in St. Thomas, Sophia becomes tormented by a life-changing decision she must face alone.

Author Bio
Phyllis Barber is an award-winning author of nine books, including Raw Edges and How I Got Cultured, and winner of the AWP Prize for Creative Nonfiction. She has received awards for both her fiction and nonfiction and has published essays and short stories in North American Review, Crazyhorse, and Kenyon Review. She has been cited as Notable in The Best American Essays and in The Best American Travel Writing. In 2005, Barber was inducted into the Nevada Writers’ Hall of Fame. She lives in Park City, Utah.

Reviews
Barber’s exquisite prose captures the beauty and the grandeur of the arid red rock country as well as Sophia’s longing for human connection and her struggle with duty and desire. Geoffrey Scott reminds her of how love can change a person and her world, and the camel takes it all in, placidly watching—as immovable as the desert.
Michele Morris, author of The Cowboy Life
The Desert Between Us tells a unique story about a small corner of American history which hasn’t had much light shed on it—and it involves a camel in the American West and The Great Wagon Road origins of Route 66, no less!  Phyllis Barber’s words are poetry, and she deftly conveys the hopes and yearnings of a young Englishwoman who has joined the Mormons in Utah, entered into a polygamous marriage, and then finds herself transplanted hundreds of miles away to a small and inhospitable settlement in the desert.  Her struggle to keep her young idealism healthy and vibrant in the dry, unforgiving desert is soul-stirring.  It is a story of love and passions that are sometimes in conflict with a strong sense of duty and commitment to a larger cause.  Phyllis Barber manages to convey the fragile and delicate beauty of the desert landscape in a manner that is evocative and transcendent, and then contrasts that beauty with the harshness and despair of that forbidding land.
Kathy Gold, artist
"A historical love story about the American West and the need for human connections... Most appealing for the scenery it captures, the book devotes paragraphs to the magnificence of the Nevada countryside. It captures big skies and scorching deserts as its characters wage an unwinnable struggle against nature. A subplot related to the real-life introduction of Arabian camels to the American Southwest involves considerable detail about how the plan worked—and didn’t. The book’s intentional fusion of the culture of the American West with the desert life of the Arabian Peninsula is a point of interest."
Foreword Reviews
© University of Nevada Press
Design by BDG