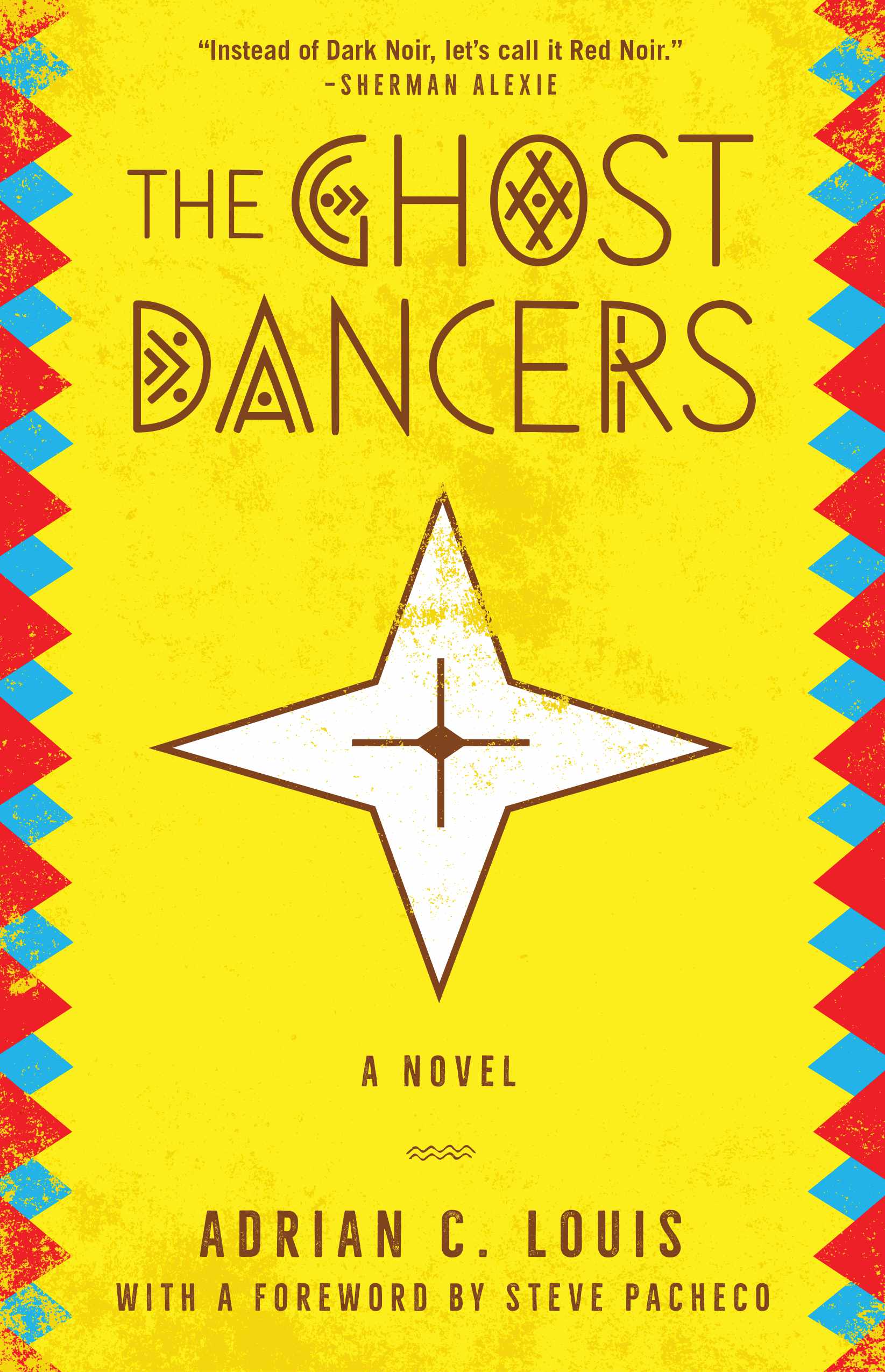 Adrian C. Louis’s previously unpublished early novel has given us “the unsayable said” of the Native American reservation.A realistic look at reservation life, The Ghost Dancers explores—very candidly—many issues, including tribal differences, “urban Indians” versus “rez Indians,” relationships among Blacks, Whites, and Indians, police tactics on and off the rez, pipe ceremonies and sweat-lodge ceremonies, alcoholism and violence on the rez, visitations of the supernatural, poetry and popular music, the Sixties and the Vietnam War, the aims and responsibilities of journalism, and, most prominently, interracial sexual relationships.Readers familiar with Louis’s life and other works will note interesting connections between the protagonist, Bean, and Louis himself, as well as a connection between The Ghost Dancers and other Louis writings—especially his sensational novel Skins.

It’s 1988, and Lyman “Bean” Wilson, a Nevada Indian and middle-aged professor of journalism at Lakota University in South Dakota, is reassessing his life. Although Bean is the great-grandson of Wovoka, the Paiute leader who initiated the Ghost Dance religion, he is not a full-blood Indian and he endures the scorn of the Pine Ridge Sioux, whose definition of Indian identity is much narrower. A man with many flaws, Bean wrestles with his own worst urges, his usually ineffectual efforts to help his family, and his determination to establish his identity as an Indian. The result is a string of family reconnections, sexual adventures, crises at work, pipe and sweat-lodge ceremonies, and—through his membership in the secret Ghost Dancers Society—political activism, culminating in a successful plot to blow the nose off George Washington’s face on Mount Rushmore.

Quintessentially Louis, this raw, angry, at times comical, at times heartbreaking novel provides an unflinching look at reservation life and serves as an unyielding tribute to a generation without many choices.

Author Bio
Adrian C. Louis (1946-2018) was a half-breed member of the Lovelock Paiute Tribe. He published over a dozen collections of poetry (including two with the University of Nevada Press), a collection of short stories (Wild Indians and Other Creatures, University of Nevada Press), and another novel, Skins, which was made into a movie. His work has been translated into French, Hungarian, and other languages. Louis is remembered for his aggressive refusal to romanticize life on or off the reservation.
Reviews

“Adrian C. Louis’s The Ghost Dancers is like so much of Louis’s work: gritty, mean, and wonderfully honest. It’s true that for the contemporary audience, this novel is a shocker—but there is a tenderness to Louis’s work if one is able to see that Louis desperately wanted a true-to-life portrait of Native existence in the literature, one that you so rarely see, and that, through all of its warts, Louis loved fiercely.”
—Erika Wurth, author of Buckskin Cocaine

“Adrian Louis has written a profane, hilarious, violent, and brutal novel. Instead of Dark Noir, let’s call it Red Noir. It’s like Raymond Chandler and Kurt Vonnegut had an Indian baby boy who grew up to be a wild poet and novelist. This book will get some people angry because it doesn’t fit in today’s safe and sane literary world. But that’s the point. Adrian didn’t want to belong. He was an outsider and he was half-crazy. And he writes about Indians that all of us half-crazy Indians recognize: the damaged men and women who live at the margins and are fighting to win some damn dignity in a country designed to murder our souls. This book, however unfinished, is a testament to Adrian’s courage, originality, and hard-earned empathy.”
—Sherman Alexie, PEN Faulkner and National Book Award winner, Spokane/Coeur d’Alene Indian author whose latest book is You Don’t Have to Say You Love Me, a memoir

“This is a novel of unkind sentiment—the colonizer will run; the reviewer will ask for permission to create a blemish of words that tries to substantiate the grief within. But there will not be a way to absorb the novel except to sit with it. It will smolder its way into the reader and leave you there, no solutions, no resolution save the hardened torment of what’s just outside the trailer.”
—Shaun Griffin, author of Because the Light Will Not Forgive Me and Anthem for a Burnished Land