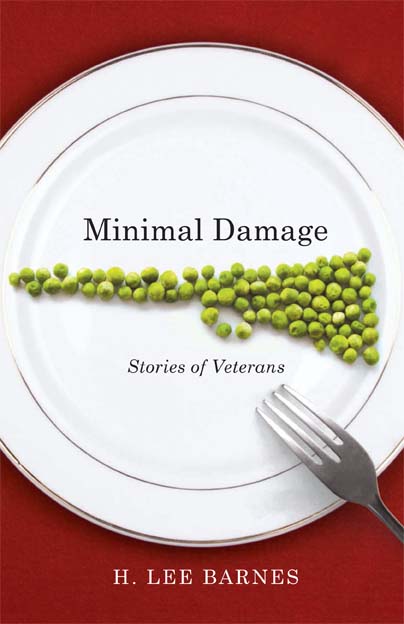 The Salt Lake City Tribune has called Lee Barnes “one of the finest writers of short stories in the contemporary West.” Minimal Damage contains seven stories and a novella that depict veterans of several wars in search of dignity and purpose in a civilian life that has no need for men who were soldiers. With emotion, humor, and clarity, Barnes creates characters who show us what it is to live with the trauma of having experienced combat. The fractured souls and twisted lives of these men remind us that war’s ultimate damage extends far beyond the battlefield.
Author Bio
H. Lee Barnes is a former Green Beret and Vietnam War veteran who has worked as a deputy sheriff, private investigator, and casino dealer. He currently teaches English and creative writing at the Community College of Southern Nevada in Las Vegas. He is the author of three short story collections, another novel, a memoir, and a nonfiction book about casino workers. His short fiction has received the Willamette Fiction Award and the Arizona Authors Association Fiction Award, and in 2009, he was elected to the Nevada Writers Hall of Fame.
Reviews
"In this well-formed, unified collection, the fault line between those who have served as soldiers and those who haven't is laid bare." Reno News & Review
War shows its human face in former Green Beret Barnes's mostly successful collection about veterans ... trying to get with their civilian lives after experiencing the horrors of battle. ... the strongest ieces exemplify the words of one character who tells his daughter that 'all we can do is invent myths to smooth the harshness.' The lives on display here do just that in stories told with understated compassiona and unexpected flashes of humor. Publishers Weekly, June 4, 2007
Brillian, beautifully rendered collection of short fiction. Aside from a compelling main character, each of the stories has an intriguing plot that hums along rapidly. ... My highest compliment: I didn't want the stories to end. The Veteran, Books in Review, March/April 2008.
Through seven stories and a novella, Barnes explores the lives, legacies, and memories of veterans, all damaged by their war experiences. Kirkus Reviews, August 1, 2007
Barnes already proved himself as one of today's best, and unjustly obscure, literary war writers. His 2000 debut collection, Gunning for Ho, pulled no punches in depicting the abject horror and black humor of armed conflct. ... You need to read and re-read every single story in Minimal Damage.... Barnes is a literary writer who works hard to defy expectations and avoid cliches. It's one of his great gifts as a storyteller. ... Minimal Damage hits the reader with maximum impact. Las Veags City Life, November 15, 2007
© University of Nevada Press
Design by BDG