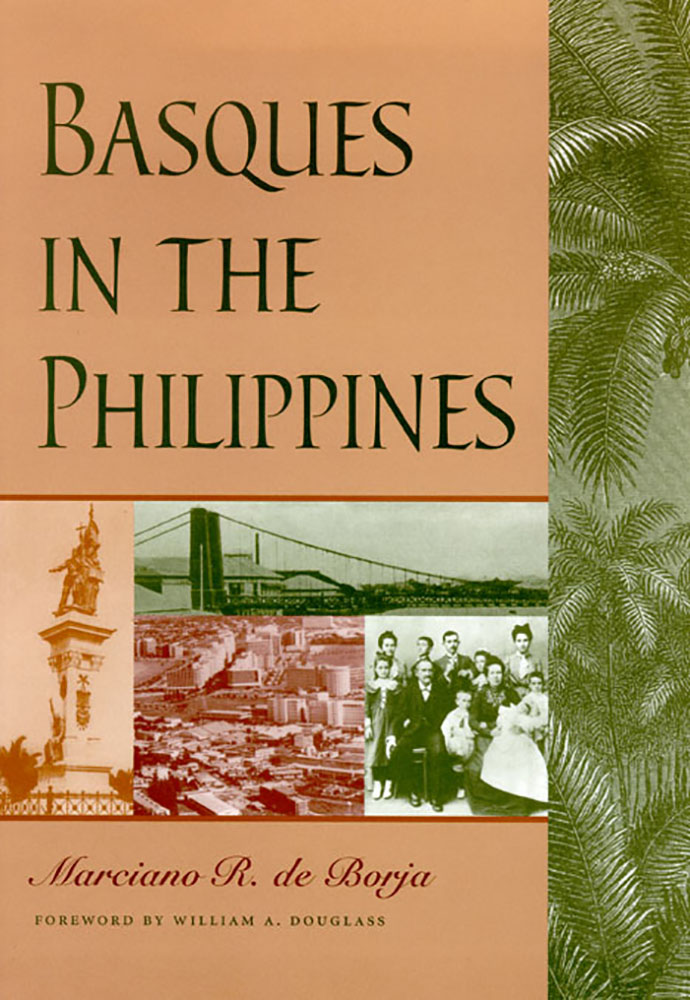 The Basques played a remarkably influential role in the creation and maintenance of Spain’s colonial establishment in the Philippines. Their skills as shipbuilders and businessmen, their evangelical zeal, and their ethnic cohesion and work-oriented culture made them successful as explorers, colonial administrators, missionaries, merchants, and settlers. They continued to play prominent roles in the governance and economy of the archipelago until the end of Spanish sovereignty, and their descendants still contribute in significant ways to the culture and economy of the contemporary Philippines. This book offers important new information about a little-known aspect of Philippine history and the influence of Basque immigration in the Spanish Empire, and it fills an important void in the literature of the Basque diaspora.

“This book will throw a lot of light on our Spanish past. . . . It is amazing to read about the Basque descendants who have thoroughly become part and parcel of Philippine society.” -- The Philippine Star