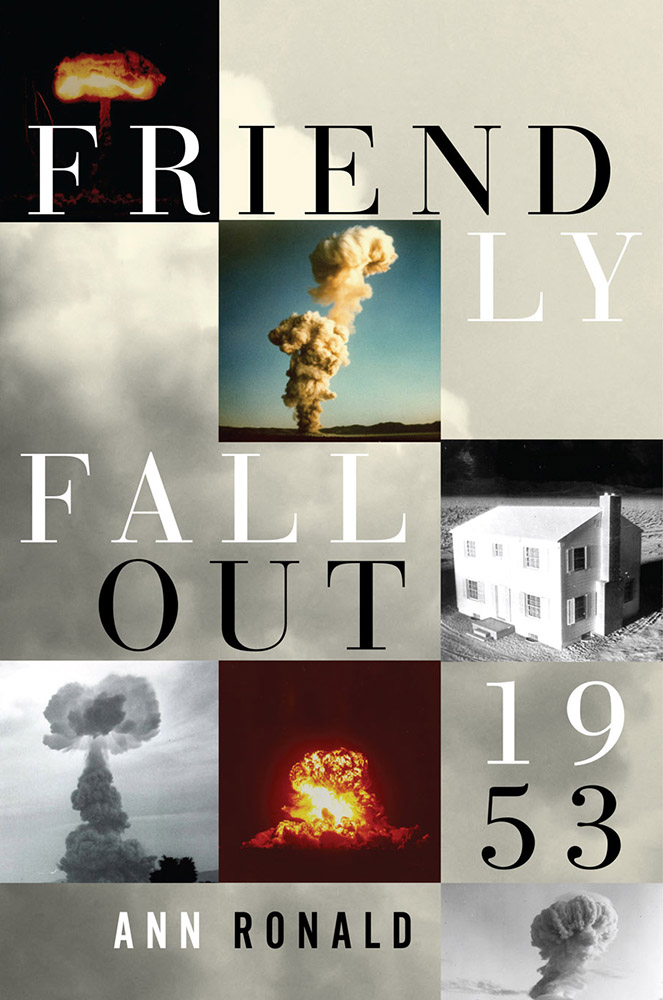 Friendly Fallout 1953 is a hybrid work of literature that combines the actual history of aboveground atomic testing in the Nevada desert in 1953 with fictional vignettes that explore the impact of the tests on the people who participated in them and on civilian "downwinders." The book brings to life a turbulent era when Cold War fears, patriotic enthusiasm, scientific progress, and unacknowledged political agendas often collided with the welfare of ordinary citizens and the environment.

Ann Ronald is Foundation Professor of English Emerita at the University of Nevada, Reno. She is the author of numerous books and essays, including Reader of the Purple Sage: Essays on Western Writers and Environmental Literature (University of Nevada Press).

Reviews
"The enormity of the possibility of nuclear warfare has always exceeded our ability to represent it, though the attempt to do so has been very productive, giving us great works ranging from Dr. Strangelove (1964) to The Fate of the Earth (1982). To this worthy canon, Ann Ronald has now added Friendly Fallout 1953, a blend of fact and fiction that conveys something largely missing from its predecessors, namely, a sense of how nuclear testing was experienced by the varied people involved in it and what it meant to them." -- Western American Literature
Western American Literature
© University of Nevada Press
Design by BDG