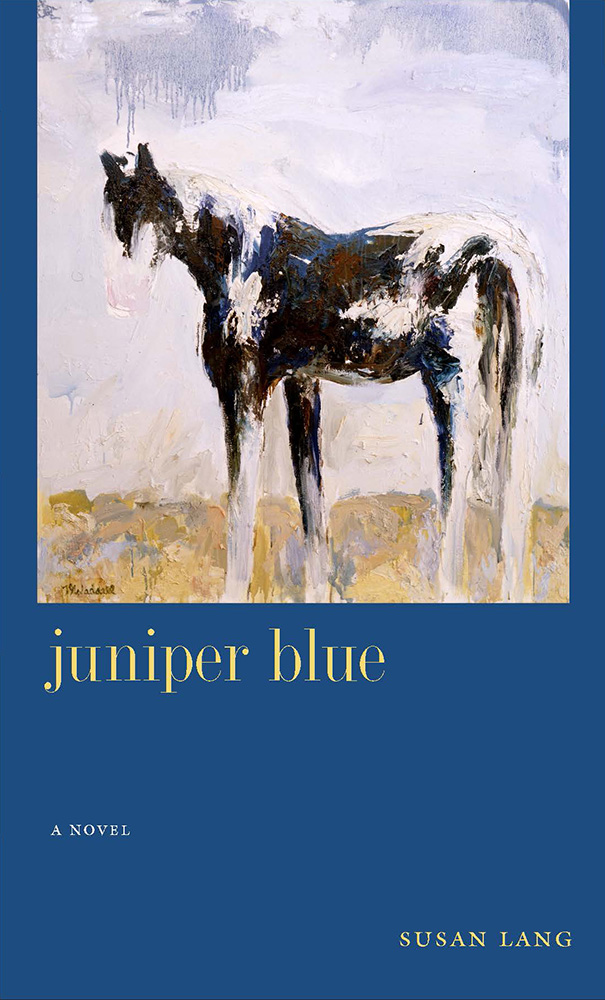 This engrossing new novel by acclaimed author Susan Lang continues the saga of Ruth Farley, the fiercely independent young woman who was the protagonist of Small Rocks Rising, published by the University of Nevada Press in 2002. Ruth is still on her homestead at the end of a rugged canyon in California’s Mojave Desert, still struggling to survive on her own and to recover from a brutal rape and the murder of her lover. Now she must also face the responsibility of motherhood. The ensuing story expands Ruth’s world to encompass the panorama of Depression-era Southern California—miners and ranchers hanging on until times are better; Indians trying to preserve their ancient culture and identity; Okies, vagrants, and breadlines; the wealth and glitter of the movie industry; and narrow-minded small-town gossips. Ruth’s life also expands as she adjusts to motherhood, trying to maintain her autonomy and isolation and trying to preserve the tenuous web that links her to the seductive ruthlessness of the desert and to its ancient people and their wisdom. Ruth is one of the most engaging characters in recent fiction, complex and contradictory, stubborn and vulnerable, passionately in love with her austere desert home. Lang tells her story, the saga of a fully modern woman seeking her own identity and destiny against the turbulent, colorful setting of the rapidly changing twentieth-century West.

Susan Lang grew up on her mother's homestead in a remote canyon nearly as wild as her fictionalized valley. As an instructor of English at Yavapai College in Prescott, Arizona for twenty years, she founded and still directs the Southwest Writers Series, and in 1995 she founded the Hassayampa Institute for Creative Writing.Author's NotePlaces and characters in Small Rocks Rising and Juniper Blue are largely modeled on those I knew growing up in a Southwestern canyon nearly as wild as the one depicted in the works. Ruth herself is a composite of the women I found around me, especially strong on aspects of my mother, and the events that befall Ruth stay true to the stories of life in the Southwest at that time. The isolated canyon where I was raised was the place my mother had staked a 160-acre homestead claim just after 1930, long before I was born. My mother, quite unconventional for her time, had homesteaded by herself, rather than as someone’s wife. Others in the area had of course been part of the homestead movement, though few staked claims in an area as wild as my mother’s. My mother had left her canyon at the end of the thirties to live in Hollywood with her new husband. She found herself terribly unhappy away from the place she loved and, after I was born in 1941, we spent every spring, summer, and fall living there in a large army tent (her original cabin had burned after she left), while my father worked in the city and drove the 135 miles every few weeks to bring us fresh fruit and staples. When I was three years old, we all moved back to the canyon full-time. We stayed in the tent for two years while we built another one-room structure, later joined by a small “kitchen” structure. During this time, we hauled water from a spring on the mountain until we could get it piped down to our new cabin. Electricity never came to the canyon (thank goodness) but eventually we put in butane that we used for lighting and for cooking during the winter. During the spring, summer, and fall, we cooked on a campfire and on Cookie, a small wooden stove in our yard. Rather than teaching me to bake bread, Mother taught me to track, kill, and skin animals for food. The only creatures that we killed other than for food were rattlesnakes—and sometimes we even ate them (although we usually had goats, chickens, geese, horses, and occasionally a cow). My mother had many stories of her homestead days to tell, and she told them well. Her friends had stories too, and I remember listening to these stories as my mother and her friends sat out under the pinyon on summer afternoons, or around the campfire in the evening with campfire coffee or a few beers. I learned a lot about point-of-view that way, hearing the same story told in entirely different ways, depending on who was doing the telling. For my first three years of school, I attended a one-room schoolhouse in Pioneertown, eight miles down the rut road. My father found work there “ageing” the new buildings that Hollywood was constructing to simulate a frontier town. Pioneertown was the location for many Roy Rogers, Gene Autry, Cisco Kid, and Annie Oakley episodes, and I was watching television and movies being filmed long before I understood what movies were. It seemed odd to me to hear these men repeat the same words again and again, to see the same pretend fist-fights and shoot-outs over and over. I remember being photographed on Roy Rogers’s lap and sitting on Gene Autry’s sorrel, not knowing who these men were exactly, but seeing that others thought they were important. And they seemed nice enough to me—even if they were “city slickers” with makeup on. I knew what the real stories of the area were, what it was really like to live there when the place was still wild. And it was my knowledge of these stories that finally germinated into the trilogy of Small Rocks Rising, Juniper Blue, and the final installment to come. The novels, of course, are fiction and not a documented history of the place. These works are a re-imagining of the area in past times based on the stories I heard under the pinyon and around the campfires. Even the geography has been altered slightly to match the re-imaging and to stay true to the spirit of the place that has taken up residence within me. A place as much a part of me as my own blood and bones.

"Susan Lang has created a hard character to love. Ruth Farley is bristly, impulsive, confused, passionate, and stubborn—and a perfect character for the harshness of the desert and the difficulties of the era. Ruth puzzles at the world's changes—roads are paved, electric lines go up, a frontier movie town gets built smack in the middle of a valley—while she insists on living in the old, self-sustaining way. In fact, although Ruth has several lovers, she only has one true love: her land. Which makes Juniper Blue a very unusual, and touching, love story." —Lisa Ann Verge, Historical Novels Review, August 2006

"To Lang's credit, Ruth stays in character with her practical, physical, reactionary, stubborn, straight-speaking, passionate, changable, not-always-likeable persona; and she avoids floating off into spiritual, supernatural or man-dependent realms. Lang doesn't freight the blue horse with symbolic or spiritual meaning (although readers could find it themselves); she doesn't assign unrealistic spiritual power to the Yuiatei people; and she doesn't fall back on romance-genre convention.... But real love in Juniper Blue occurs between Ruth and her land, and Lang depicts it in polished, authentic, evocative prose." —Christine Wald-Hopkins, Tucson Weekly, 18 May 2006

“What a double gift: the return of Southwestern novelist, Susan Lang AND the return of her heroine, Ruth Farley. Both Susan and Ruth epitomize the tender fierceness required to live in wilderness—wilderness of the heart, wilderness of spirit and those intersections of desert light, rock and longing that can destroy a woman, or restore her to her life. Juniper Blue came to me at a time when I had to face the impact of a hiking fall, metaphorically and physically. Ruth Farley reminded me that where there is breath, there is hope; where there is courage, there is deep love. Where there is desert beneath my feet, there are blessings beyond measure.” —Mary Sojourner

“Juniper Blue is a deeply felt and passionately rendered novel about a hard-luck woman named Ruth who lets the complicated beauty of the desert’s wild lands and creatures teach her how to find the resilient center of herself. The novel gave me intimate access to an unfamiliar time (the 1930s) place (California's canyon country) and people (the Yuiatei Indians), but I recognized the struggles, joys and desires of a woman who could have lived in any time, in any landscape that invaded and informed her heart.” —Pam Houston

“The compassionate courage of this woman and her two children vibrates on every page, making the novel sing out with hopefulness during a tragic and heartbreaking time. We need Susan Lang’s vision of caring for the future of our earth.” —John Nichols

"It’s a story with all the old virtues—strong characters involved in vivid incidents, surviving wounds and partial healings . . . I came out of the reading sorry to be finished . . .” —William Kittredge