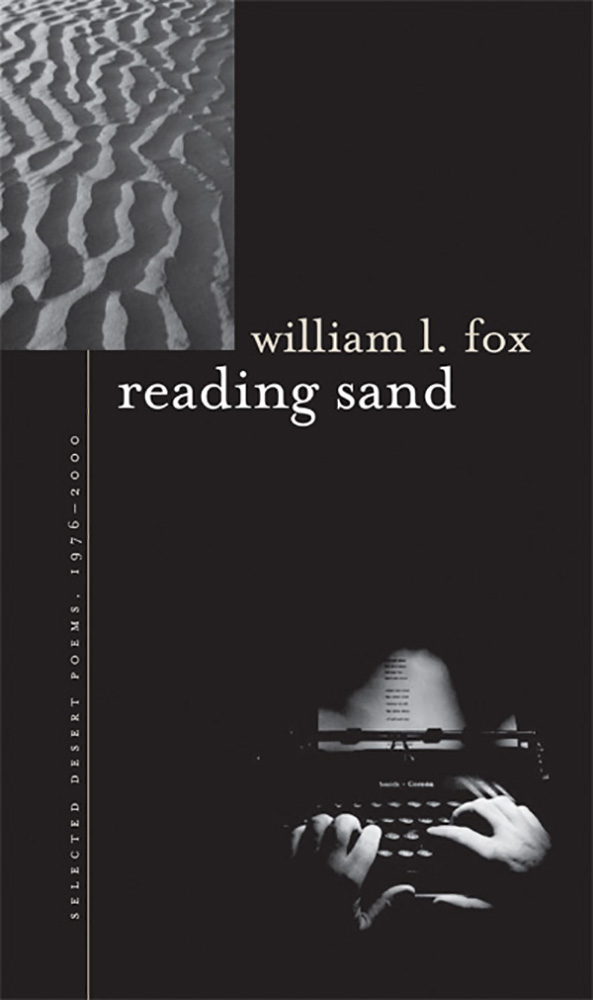 The ascetic and enigmatic expanse of the Great Basin has challenged the talents of many writer, but few have met the challenge as successfully as William L. Fox. In Reading Sand, Fox's elegant minimalist poems capture the essence of the Great Basin desert—its daunting emptiness, the passage of light and wind across its surfaces, its colors and textures, its silence. In "perforated object," the collection's central piece, Fox uses a mysterious pierced-horn artifact discovered in Nevada's Humboldt Cave as the subject of an extended meditation on the nature of history and the inscrutability of the Great Basin's complex past. The result is an intellectually provocative and aesthetically moving work of a lean grandeur rarely found in recent poetry
Author Bio
Bill Fox remains stubbornly outside the ability of critics to label him. An independent scholar, a cultural geographer, an essayist, a poet, a travel writer, Fox consistently brings together unexpected fields of knowledge in order to illuminate the subjects at hand. He has been an arts consultant, curator, and visiting scholar at the Getty Research Institute. He has written widely on the nature of deserts and the role of the arts in American culture. He is the author of numerous articles and books; his work on cognition and the landscape includes time in the Antarctic as a visiting writer with the National Science Foundation and work in the Arctic with NASA on the Haughton-Mars Project. He lives in Burbank.
Reviews
“Fox has invented a form equal to his subject, a form both radically austere and musical, a form more compelling, emotionally expressive, and seemingly necessary than I have seen in contemporary American poems for some time.” —Forrest Gander

“The verse of Reading Sand is expansive and illusory, often appearing devoid of life; but by reading the signs Fox’s collection provides—the vast complexities that seem as open space—one can’t help but see its endless possibilities, a poetry both as soft, and harsh, as the desert wind.” —James Irdell, Isle, Summer 2004

“Reading Sand is intended to be a visual experience. . . . That is, at least part of the meaning of each poem, sometimes the whole meaning, comes from the visual appearance of the poem on the page. These are poems that pay homage, by imitation, to the Great Basin Desert.” —Martin Naparsteck, Salt Lake City Tribune, 2 June 2002
© University of Nevada Press
Design by BDG