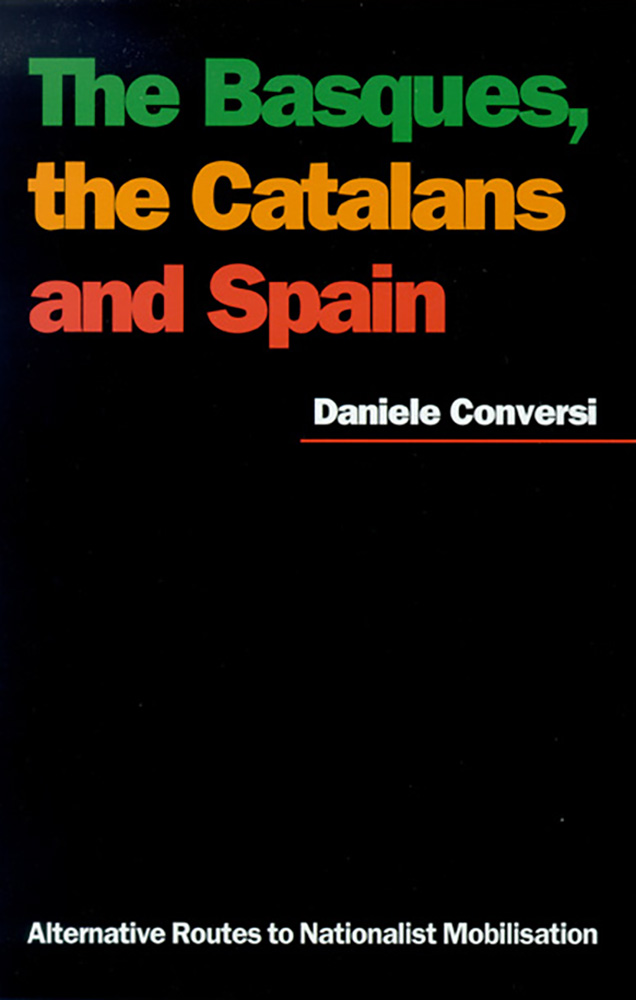 Basques, the Catalans, and Spain
Alternative Routes to Nationalist Mobilisation
$21.95

Daniele Conversi's book is a comprehensive introduction to Basque and Catalan nationalism. The two movements have much in common but have differed in the strategies adopted to further their cause. Basque nationalism, in the shape of the military wing of ETA, took the path of violence, spawning an efficient terrorist campaign. Catalan nationalism, by contrast, is generally more accommodating and peaceful. This new study examines and compares the history, motives, and methods of the Catalonian and Basque nationalist movements. Conversi's interpretation of these programs offers a new understanding not only of the recent history of Spain but of the dynamics of nationalist movements throughout the modern world.
Author Bio
Daniele Conversi received his Ph.D. in sociology at the London School of Economics. He taught at Cornell and Syracuse Universities, as well as at the Central European University, Budapest. He is currently Senior Lecturer at the University of Lincolnshire.
Reviews
"Conversi knows Spain, and he also knows the sociological, historical, and political science literature on nationalism. Studies of west European politics, ethnicity, and nationalism, and most importantly the politics of language will find this a remarkable and supremely useful book." —Catalan Review
"This is an analysis steeped in historical understanding, rich in sociological insight, and sensitive to political nuance. It is essential reading for all students of nationalism and politics, as well as for anyone interested in modern European developments."
—London School of Economics
"The Basques, the Catalans, and Spain contains expert analysis and is highly readable . . . a splendidly written and organized study of Basque and Catalan nationalism which will become an obligatory part of any reading list on the subject."
—National Identities
© University of Nevada Press
Design by BDG