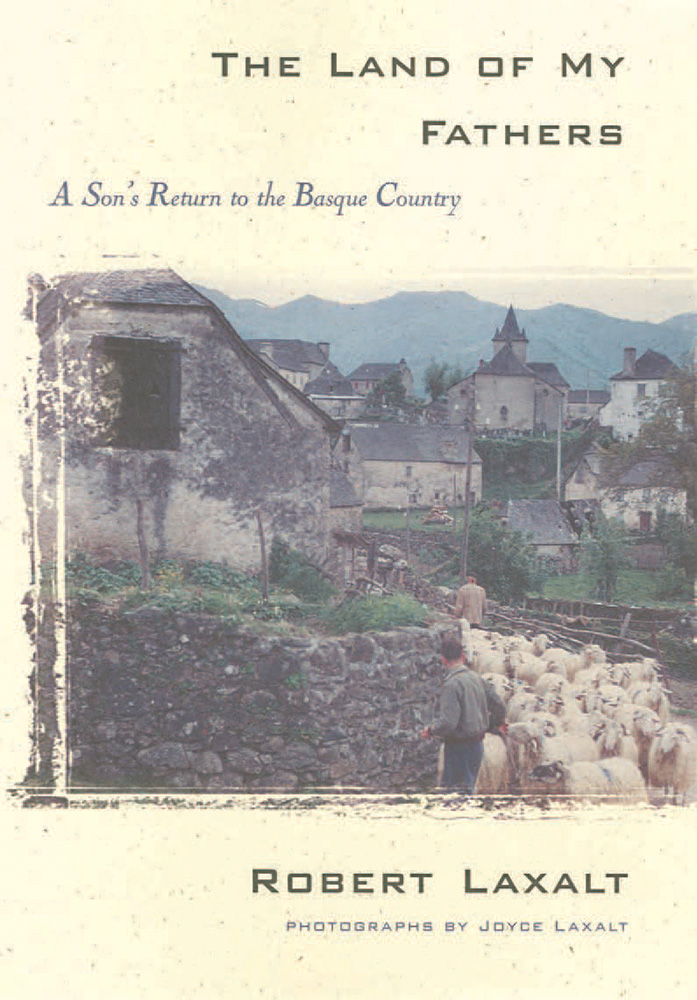 Land of My Fathers
A Son's Return to the Basque Country
$21.00

In 1960, renowned Nevada writer Robert Laxalt moved himself and his family to a small Basque village in the French Pyrenees. The son of Basque emigrants, Laxalt wanted to learn as much as he could about the ancient and mysterious people from which he was descended and about the country from which his parents came. Thanks to his Basque surname and a wide network of family connections, Laxalt was able to penetrate the traditional reserve of the Basques in a way that outsiders rarely can. In the process, he gained rare insight into the nature of the Basques and the isolated, beautiful mountain world where they have lived for uncounted centuries. Based on Laxalt’s personal journals of this and a later sojourn in 1965, The Land of My Fathers is a moving record of a people and their homeland. Through Laxalt’s perceptive eyes and his wife Joyce’s photographs, we observe the Basques’ market days and festivals, join their dove hunts and harvests, share their humor and history, their deep sense of nationalism, their abiding pride in their culture and their homes, and discover the profound sources of the Basques’ strength and their endurance as a people. Photography by Joyce Laxalt.

“Short chapters, descriptive narration, and old sayings give the book the feel of a personal journal.” —France Today