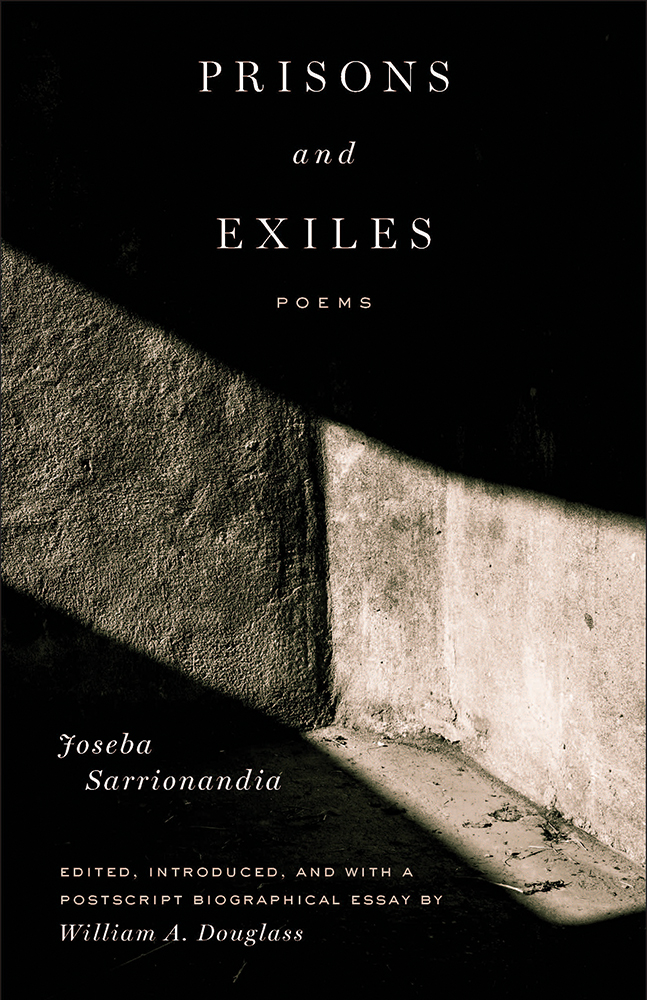 Prisons and Exiles is a collection of incredibly emotional, powerful and compelling poetry by writer Joseba Sarrionandia.
Author Bio
Joseba Sarrionandia is a prized Basque writer, poet, and translator. He started his writing career by submitting his writings to various Basque magazines such as Pott, Jakin and Oh Euzkadi, and is part of Pott Banda, a group that is considered to be made up of the most influential Basque writers of the 1980s. In 1980, Sarrionandia was arrested due to his membership in ETA and was sentenced to prison for 22 years. On July 7, 1985, he escaped prison with Iñaki Pikabea, each of them hiding in speakers after a concert by singer Imanol Larzabal. Sarrionandia’s experience in prison and exile have greatly influenced his work and he continues to influence the creative community. (Bilbo Zaharra, 2019)
Reviews
“Reading Joseba Sarrionandia is like standing under a waterfall: all your senses are opened to the exquisite rendering of a life in the shadows. Despite years of exile in Cuba, despite torture from Franco’s henchmen, despite living outside all things urban, modern, and conventional, his work is some of the most compelling poetry I have read. It lies at the intersection of faith and terror, a fault line he straddles with aplomb. I was reminded of his compatri-ots—Machado, Hernández, Lorca—but he is not them. He is his own wildly carved Basque voice and it questions long after the poems have been read.”
—Shaun T. Griffin, poet, essayist, and activist, based in Virginia City, Nevada
“Sarrionandia’s compelling and genuine poetry gives voice to the forgotten. It is an invitation to a journey across oceans, where the poet, a condemned and stateless mariner, captures the joy of life against all odds.”
—Mari Jose Olaziregi, University of the Basque Country
© University of Nevada Press
Design by BDG