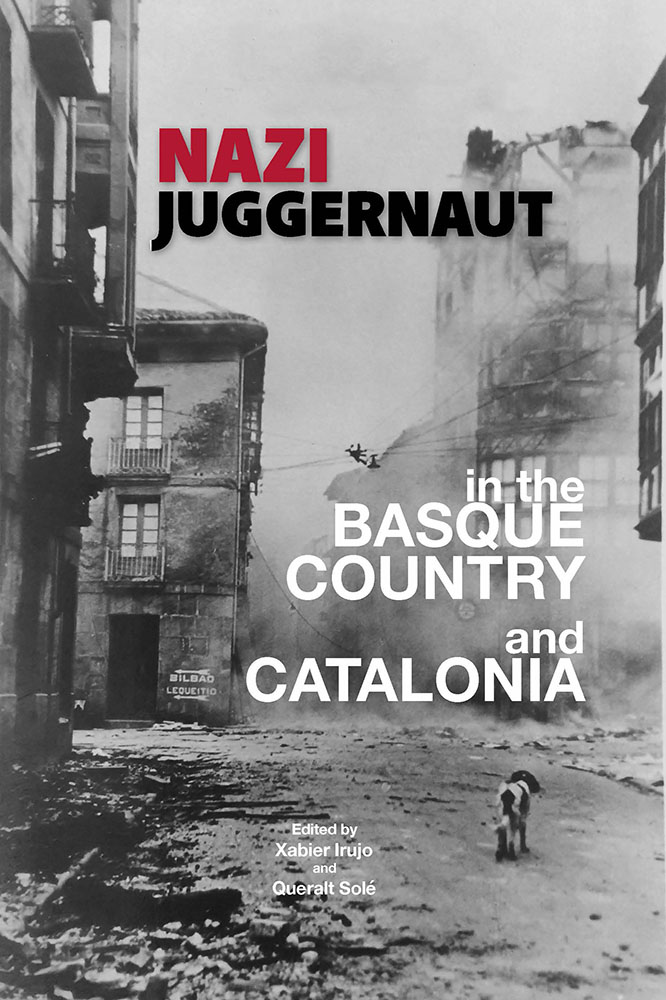 Nazi Juggernaut in the Basque Country and Catalonia
$15.00

Hitler and Mussolini’s decision to help General Franco with war materiel and troops brought war to the Basque Country and Catalonia. Between 1936 and 1939, the German Condor Legion and the Italian Aviazione Legionaria carried out a brutal campaign of terror bombings that resulted in thousands of air strikes against open cities. This caused innumerable casualties among the civilian population. Franco’s victory in 1939 caused the exile of hundreds of thousands of Basque and Catalan civilians, but the beginning of World War Two and the subsequent occupation of the Northern Basque Country and Northern Catalonia by German troops gave rise to new forms of repression: concentration camps, forced labor, executions and imprisonment. As a consequence, the period from 1936 to 1945 is one of the bloodiest episodes in the contemporary history of Catalonia and the Basque Country.
Author Bio
Queralt Solé works at the University of Barcelona, her area of expertise being contemporary history and the Spanish Civil War.
Reviews
© University of Nevada Press
Design by BDG