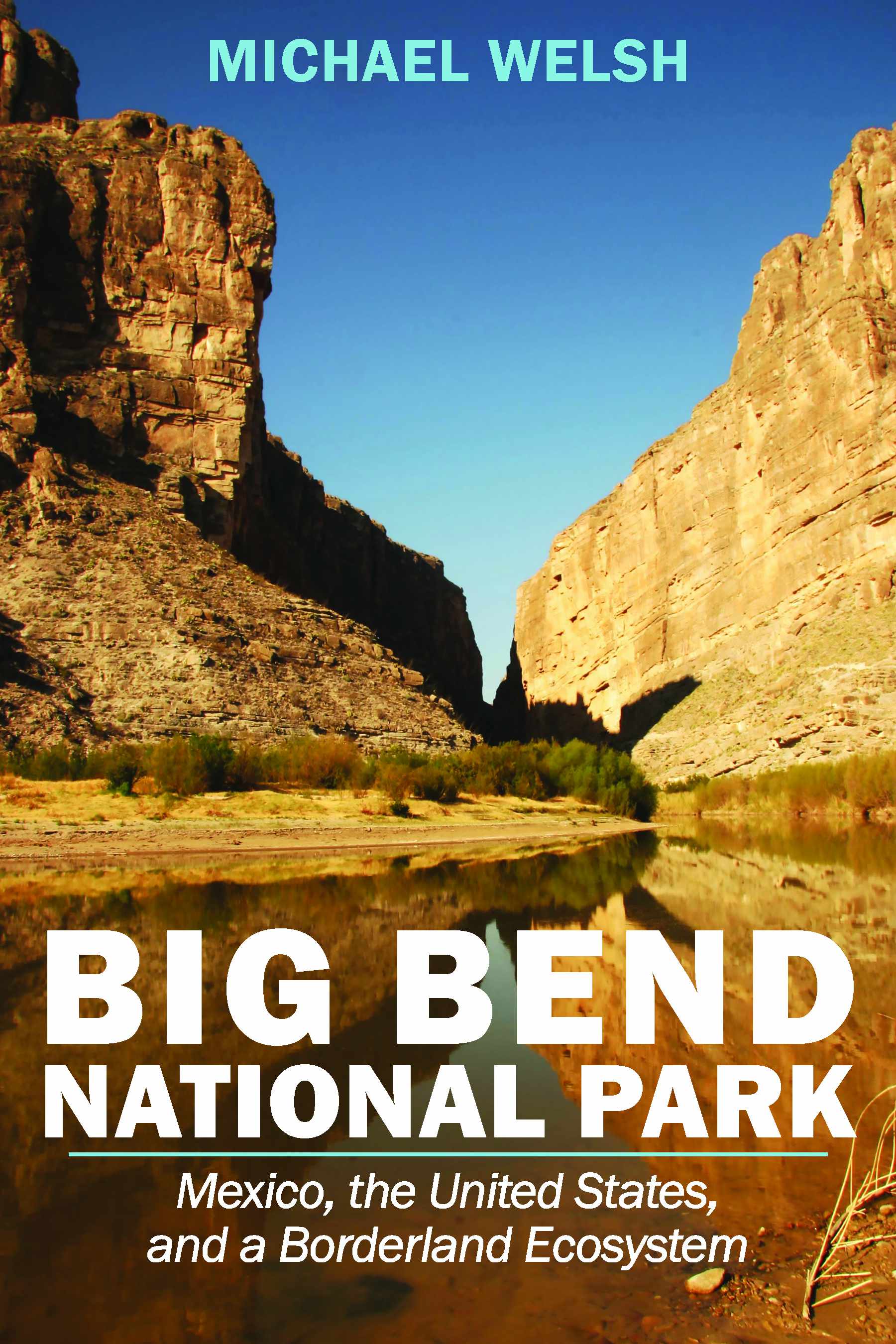 Known as a place of stark beauty, dramatic geographic dimension, and challenging desert terrain, Big Bend National Park is located in West Texas on the north bank of the Rio Grande, adjacent to the Mexican states of Coahuila and Chihuahua. Although a place of natural grandeur, the unique location of this 118-mile long, 1.5 million-acre corridor has led to many challenges between the United States and Mexico, two nations who share one ecosystem but inhabit different political worlds.

Big Bend National Park explores the cultural and diplomatic history of this transborder region that was designated a national park on the US side and the site of a long-hoped-for “international peace park” on the other. Michael Welsh demonstrates the challenges faced and lessons learned by both the US and Mexico as they struggled against political and environmental vicissitudes in their attempts to realize the creation of a shared frontier.

Geopolitical and environmental conflicts such as Cold War fears, immigration, the war on drugs, international water rights, and more stringent American border security measures after 9/11 all hindered relations between the two countries. But more recently, renewed cooperation and ongoing diplomatic relations have led to new developments. Mexican park personnel began assisting American officials with efforts to re-wild the American side of the river with animal species that had been eliminated, and the Obama administration relaxed some post-9/11 restrictions, allowing American visitors to cross over to the Mexican park and its nearby towns.

The ambition of developing a park for peace has yet to materialize, even as individuals and their governments continue to work toward an accord. Big Bend National Park provides a greater understanding of this complex borderland and hopes to help fulfill the aspiration of creating a shared ecosystem and the dream of a park for peace.

Author Bio
Michael Welsh is a professor of history at the University of Northern Colorado. He has written several studies for the US Army Corps of Engineers in the American West as well as five studies of national parks in the American West, including Landscape of Ghosts, River of Dreams: A History of Big Bend National Park.
Reviews

"In the spirit of Walter Prescott Webb, Edward Abbey, and Terry Tempest Williams, Michael Welsh evokes the spiritual grandeur of the expansive Big Bend National Park in this detailed study of the region, skillfully set within the historical context of U.S.-Mexican relations, the contretemps of Texan history, and the institutional frameworks of agencies on both sides of the border.”
—Evan Ward, associate professor of history, Brigham Young University

“The struggle to establish the area as a national park is almost a century long and Michael Welsh has captured the colorful administrative past in this new work, Big Bend National Park. This tale is woven skillfully into seven chapters that reveal the controversial nature of managing a complex ecological landscape in a desert environment.”
—Thomas C Alex, NPS Archaeologist, and retired Cultural Resource Program Manager