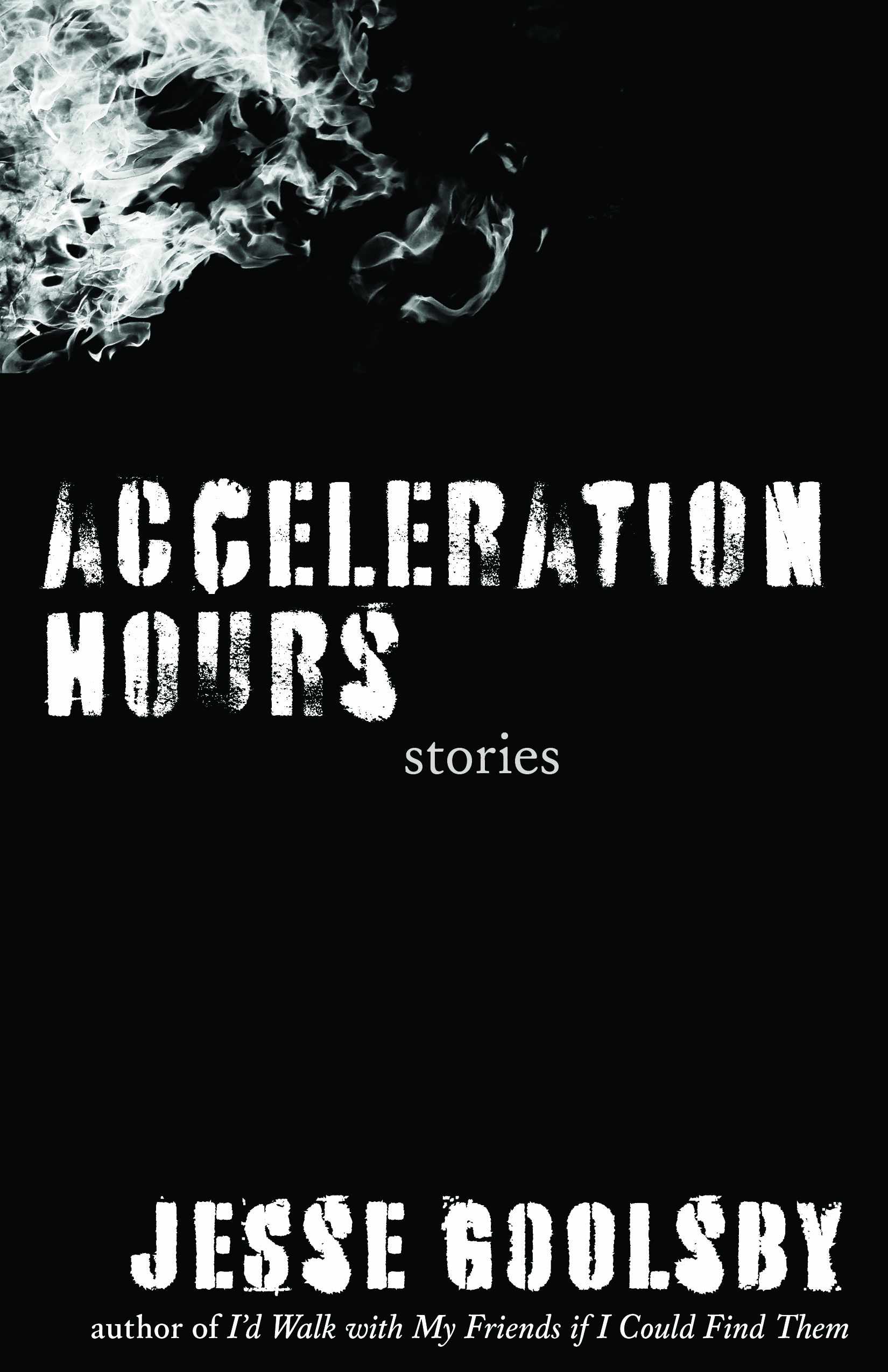 From the author of the critically-acclaimed novel, I’d Walk with My Friends If I Could Find Them, Jesse Goolsby’s Acceleration Hours is a haunting collection of narratives about families, life, and loss during America’s twenty-first-century forever wars. Set across the mountain west of the United States, these fierce, original, and compelling stories illuminate the personal search for human connection and intimacy. From a stepfather’s grief to an AWOL soldier and her journey of reconciliation to a meditation on children, violence, and hope, Acceleration Hours is an intense and necessary portrayal of the many voices living in a time of perpetual war.

Author Bio
Jesse Goolsby is an award-winning author and associate professor of English and Fine Arts at the United States Air Force Academy. His short fiction and essays have appeared widely, including Epoch, Narrative Magazine, TriQuarterly, The Literary Review, Pleiades, Salon, and the Best American series. He is the recipient of the Richard Bausch Short Story Prize, the John Gardner Memorial Award in Fiction, and fellowships from the Hambidge Center for Creative Arts and Sciences and the Sewanee Writers’ Conference. He also serves as the Acquisition Editor for the literary journal War, Literature & the Arts.
Reviews
In Acceleration Hours, Jesse Goolsby relies on well-established literary traditions to provide his unique take on important human themes. Through the tradition of wartime literature, he considers death and faith, pain and anguish, and fear and hope. Through the literature of the West, he explores self-sufficiency, individualism, and survival. In his entirely original and intriguing execution, Goolsby manages to explore these often hard and ugly truths through the lives of his fascinating characters, and he does so in a way that is empathetic without being sentimental.
Caleb Cage, author of Desert Mementos
Acceleration Hours is a live-wire collection full of characters who aren't afraid to bare their souls. With a deft hand, Goolsby carries us through their struggles at home and away, cementing himself as a powerful new talent in the process.
Sara Novic, author of Girl at War
Jesse Goolsby’s stories cut like knives: brutal and bloody, shocking and thrilling, they profane by telling the truth. Goolsby’s thoroughly American characters run from war at home to war abroad; they (we?) are realists and pessimists, the disillusioned and a few of the dangerously deluded. Acceleration Hours should haunt a nation that has for a generation now sent the least among us around the globe to dominate and humiliate the least among Them—all in service of an empire estranged from its ideals. This collection should wake us up; it has the power to change us.
Dan O’Brien, author of War Reporter and The Body of an American
© University of Nevada Press
Design by BDG