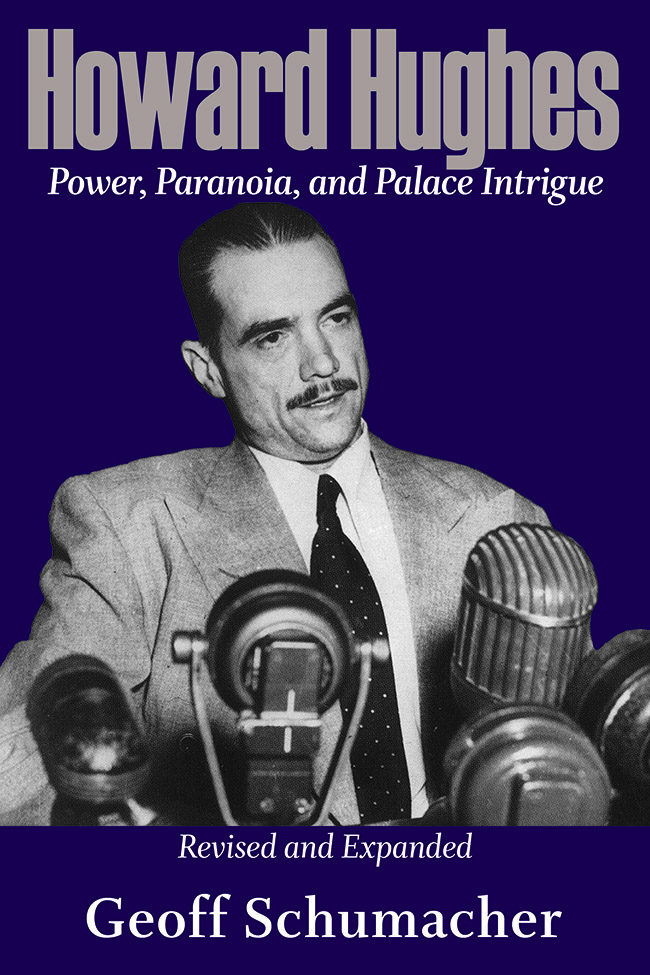 This newly revised and expanded edition of Howard Hughes chronicles the life and legacies of one of the most intriguing and accomplished Americans of the twentieth century. Hughes, born into wealth thanks to his father’s innovative drill bit that transformed the oil industry, put his inheritance to work in multiple ways, from producing big-budget Hollywood movies to building the world’s fastest and largest airplanes. Hughes set air speed records and traveled around the world in record time, earning ticker-tape parades in three cities in 1938. Later, he moved to Las Vegas and invested heavily in casinos. He bought seven resorts, in each case helping to loosen organized crime’s grip on Nevada’s lifeblood industry.

Although the public viewed Hughes as a heroic and independent-minded trailblazer, behind closed doors he suffered from germophobia, obsessive-compulsive disorder, and an addiction to painkillers. He became paranoid and reclusive, surrounding himself with a small cadre of loyal caretakers. As executives battled each other over his empire, Hughes’ physical and mental health deteriorated to the point where he lost control of his business affairs.

This second edition includes more insider details on Hughes’ personal interactions with actresses, journalists, and employees. New chapters provide insights into Hughes’s involvement with the mob, his ownership and struggles as the majority shareholder of TWA and the wide-ranging activities of Hughes Aircraft Company, Hughes’s critical role in the Glomar Explorer CIA project (a deep-sea drillship platform built to recover the Soviet submarine K-129), and more. Based on in-depth interviews with individuals who knew and worked with Hughes, this fascinating biography provides a colorful and comprehensive look at Hughes—from his life and career to his final years and lasting influence.  This penetrating depiction of the man behind the curtain demonstrates Hughes’s legacy, and enduring impact on popular culture.

Author Bio
Geoff Schumacher is the vice president of exhibits and programs for the Mob Museum in Las Vegas. He is the author of Sun, Sin & Suburbia: A History of Modern Las Vegas. He lives in Las Vegas, Nevada.

"Schumacher’s research is impressive as he seemingly has read every book ever written about Hughes, as well as hundreds of newspaper and magazine articles. In addition, Schumacher interviewed some of the people who appear in his book. For those curious about the accomplished, but truly odd, Howard Hughes, a man who has such a profound impact upon Las Vegas, Schumacher’s revised and expanded edition of his 2008 book published by Stephens Press will be a fascinating read.”
—Nevada Historical Society Quarterly

“Schumacher draws upon research from other books, interviews, and a lifetime of covering his native city to produce an entertaining volume about a relentlessly fascinating character.”
—Publishers Weekly

“Anyone who wants a better idea of the man behind the myth should read this book. There are many, many books on Hughes out there, but few are as lucid as this one.”
—David Schwartz, Ph.D., director, Center for Gaming Research at the University of Nevada, Las Vegas and author of Roll the Bones