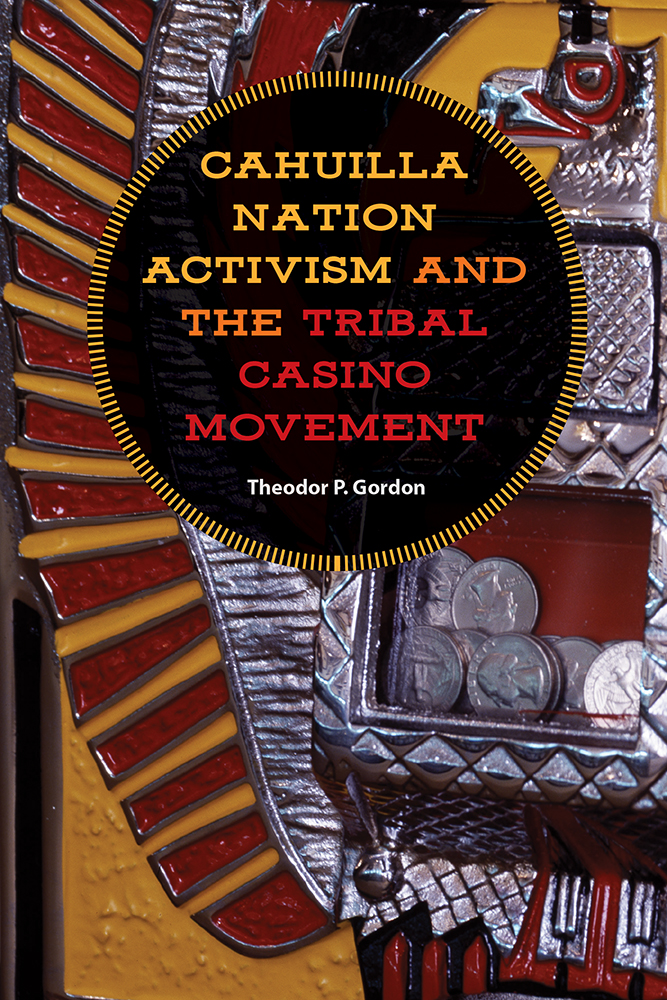 In 1980, when the Cabazon Band first opened a small poker club on their Indian reservation in the isolated desert of California, they knew local authorities would challenge them. Cabazon persisted and ultimately won, defeating the State of California in a landmark case before the Supreme Court. By fighting for their right to operate a poker club, Cabazon opened up the possibility for native nations across the United States to open casinos on their own reservations, spurring the growth of what is now a $30 billion industry.

Cahuilla Nation Activism and the Tribal Casino Movement tells the bigger story of how the Cahuilla nations—including the Cabazon—have used self-reliance and determination to maintain their culture and independence against threats past and present. From California’s first governor’s “war of extermination” against native peoples through today’s legal and political challenges, Gordon shows that successful responses have depended on the Cahuilla’s ability to challenge non-natives’ assumptions and misconceptions.
Author Bio
Theodore P. Gordon, Ph.Dis a professor in the sociology department at the College of Saint Benedict and Saint John’s University. He lives in Saint Joseph, Minnesota.
Reviews
“Cahuilla Nation Activism and the Tribal Casino Movement broadens the narrative about tribal gaming through its application of settler colonialism as an interpretive frame. This framework explicates why non-Natives misunderstand tribal sovereignty and tribal self-determination, and it illustrates methods Cahuilla activists past and present have employed to counter outdated assumptions about Native Americans. Gordon demonstrates that casino gaming represents only the most recent manifestation of Cahuilla cultural and political sovereignty and persistence, not the first, nor the last.”
Laurie Arnold (Colville), Gonzaga University
…the book should provoke research in both cognitive anthropology and Native American Studies.
SirReadALot
© University of Nevada Press
Design by BDG