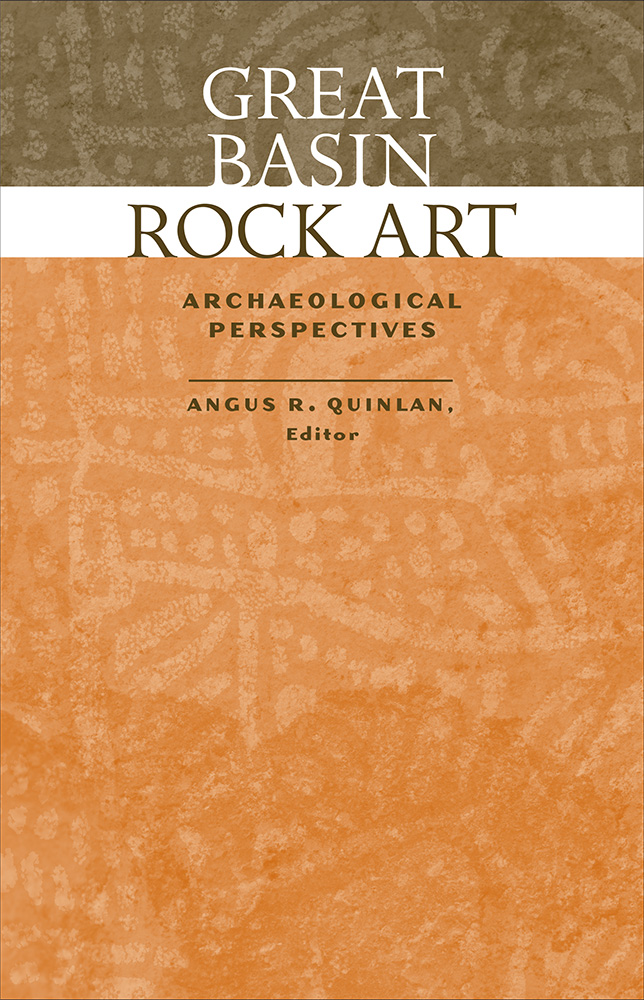 Rock art is one of humankind’s most ancient forms of artistic expression, and one of its most enigmatic. For centuries, scholars and other observers have struggled to interpret the meaning of the mysterious figures incised or painted on natural rocks and to understand their role in the lives of their long-vanished creators. The Great Basin of the American West is especially rich in rock art, but until recently North American archaeologists have largely ignored these most visible monuments left by early Native Americans and have given little attention to the terrain surrounding them. In Great Basin Rock Art, twelve respected rock art researchers examine a number of significant sites from the dual perspectives of settlement archaeology and contemporary Native American interpretations of the role of rock art in their cultural past. The authors demonstrate how modern archaeological methodology and interpretations are providing a rich physical and cultural context for these ancient and hitherto puzzling artifacts. They offer exciting new insights into the lives of North America’s first inhabitants. This is essential reading for anyone interested in the petroglyphs of the American West and in the history of the Great Basin and its original peoples.

Angus R. Quinlan holds a Ph.D. in the archaeology of religion from the University of Southampton, England. He is currently deputy director of the Nevada Rock Art Foundation, where he supervises the archaeological documentation of rock art sites in Nevada. He is also the editor for Summit Envirosolutions, a cultural resources management company.

“This book deals with new research directions in rock art studies. The essays are diverse and present views that are at the forefront of rock art research in western North America and elsewhere.” —Colleen M. Beck, Desert Research Institute

“The essays in this book share a common theme of exploring the archaeological and landscape context in understanding and interpreting rock art, as opposed to relying primarily on a consideration of imagery. This book moves rock art research forward from its current stalled state arguing about shamanic theory and rock art interpretation.” —William D. Hyder, University of California, Santa Cruz

"...contributes substantially to the justified integration of rock art research into the broader context of North American archaeology." - Journal of California and Great Basin Anthropology