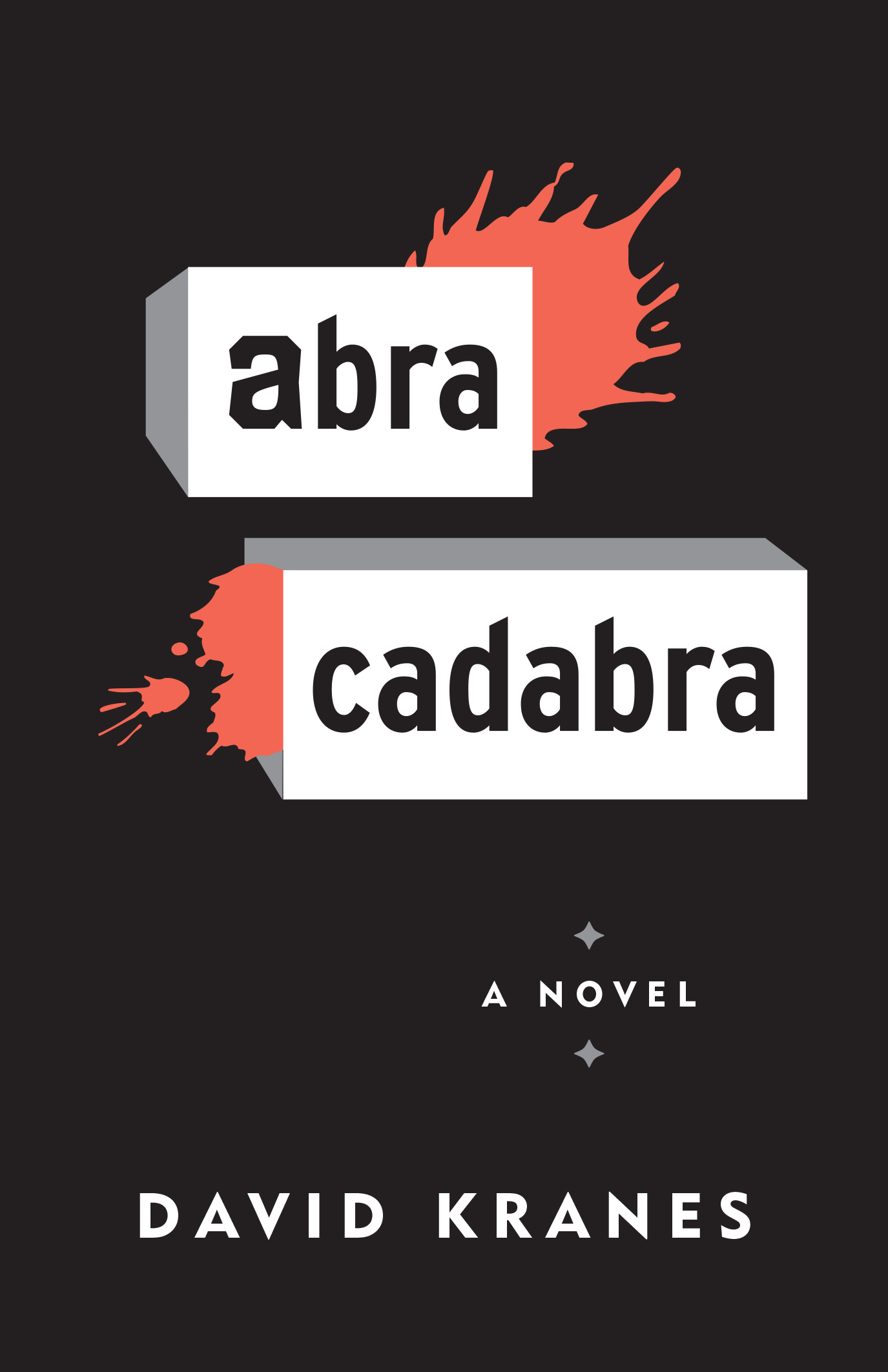 Abracadabra is a fantastical and inventive addition to the tradition of noir writing, which not only delights and surprises at every turn but also raises important questions about identity, the human condition, the nature of evil, and the state of the union. The novel begins with a mystery, when Mark Goodson, a seemingly well-adjusted married man, disappears during a magic act, precipitating a series of events, encounters, and seemingly inexplicable occurrences, which it falls to a former professional football player, Elko Wells, to weave together into a story that is at once compelling and true. The concussion that ended Wells’ playing career left him open to hearing voices and discerning patterns of meaning helpful to his work as the owner of a missing-persons agency. He also owns a celebrity look-alike agency, which complicates matters in humorous ways, and his reliance on a string of cocktail waitresses called the Bloody Marys who are on the lookout for various people adds another level of intrigue.

Magicians and misdirection, gambling, down-on-one’s-luck, the crazed sense of possibility and impossibility, mistaken identity, impersonators and body doubles, people acting bizarrely with all sorts of chaos, collisions, and overlaps thrown in for good measure. Again and again the reader is swept into treacherous waters, always confident that the writer is in control of his material. Because the many twists and turns the plot takes are all but impossible to anticipate, the experience of reading Abracadabra is deliciously magical.
Author Bio
David Kranes is the author of seven novels and three volumes of short stories, including Keno Runner: A Dark Romance. He lives in Salt Lake City, Utah and is professor emeritus of English at University of Utah.
Reviews
"Sprightly yet elegant prose propels this first-rate debut mystery from Kranes (Making the Ghost Dance). Elko Wells, a former professional football player who retired from the game after a head injury, now owns a missing persons’ bureau and an agency for celebrity impersonators in Las Vegas, Nev. When Mark Goodson, a 42-year-old former Eagle Scout with a problematic marriage, steps into a magician’s box during a performance and disappears, his wife, Lena, goes to Elko for help in finding him. Supported by a network of cocktail waitresses known as the Bloody Marys and a good-natured and physically imposing Shaquille O’Neal impersonator, Elko starts piecing together the details of Mark’s career. All the characters, whether major players or walk-ons, are full of life and disarmingly human. Kranes explores not only the enigma of how and why Mark vanished but also the greater mystery of what identity is. Along the way, he treats the reader to a gritty, glossy, sometimes glamorous and always witty view of Las Vegas and its inhabitants."
Publisher's Weekly, starred review
“A fiery ride through Vegas, filled with intriguing characters and prose like lightning. With this novel, David Kranes becomes the literary heir to Robert Stone.”
Todd James Pierce
“David Kranes’ new novel, Abracadabra, is a rollicking and inventive addition to the tradition of noir writing, which not only delights and surprises at every turn but also raises important questions about identity, the human condition, the nature of evil, and the state of the union. Kranes’s writing is superb—vivid, economical, and precise. He has a remarkable ear, which he uses to create biting dialogue, bringing to life a wide range of characters in situations that are at once improbable and utterly believable. Because the many twists and turns this plot takes are all but impossible to anticipate, the experience of reading Abracadabra is deliciously magical.”
Christopher Merrill
“No one writes about Las Vegas like David Kranes, capturing the heart of its extremity, the outsized magic, and the flickering shadow of risk, of danger in every avenue. He has always understood the elemental voltage of a place where everything is a gamble, an entire culture of bright brittle exhilaration, and his prose crackles with the temperature of the town, the grit and the glimmer. Abracadabra is a big, intense novel, a great read, and if I can say it this way: pure dire fun!”
Ron Carlson
"Abracadabra is like an act of Cirque du Soleil — all the characters and their doubles and the actors and twins and the betrayed and betrayers and call ladies and johns and waitresses and pit bosses and clairvoyants and magicians and, by hell, even Dennis Rodman (the real Dennis Rodman) all spewed out in a big neon Bellagio fountain Mirage volcano splendor that could only happen in Vegas. And in the wake of Elko Wells.


And Kranes pulls it off beautifully, like a sleight-of-hand swindle right there in your fingers as you turn the final pages and find a soft rabbit in your lap. No mirrors. No smoke. Just smart storytelling.
It’s what we’ve come to expect from Kranes and his canon: tinder-hot writing, whether set in Idaho or Las Vegas or some mysterious place in between."
Utah's Art Magazine
“Kranes' touch is so deft that the reader never gets lost in the multiple twists and turns that follow. He impeccably balances Goodson and Leno; Elko Wells and his associates—one of whom might or might not be Shaquille O'Neal; and the hapless Billy Spence, impersonator and identity thief who finds himself trapped by just how good he is at his act—and how careless. Reading ‘Abracadabra’ is like hurtling through a beautifully designed, sometimes scary, but always intriguing carnival fun house ride.”
Southwest Book Review
© University of Nevada Press
Design by BDG