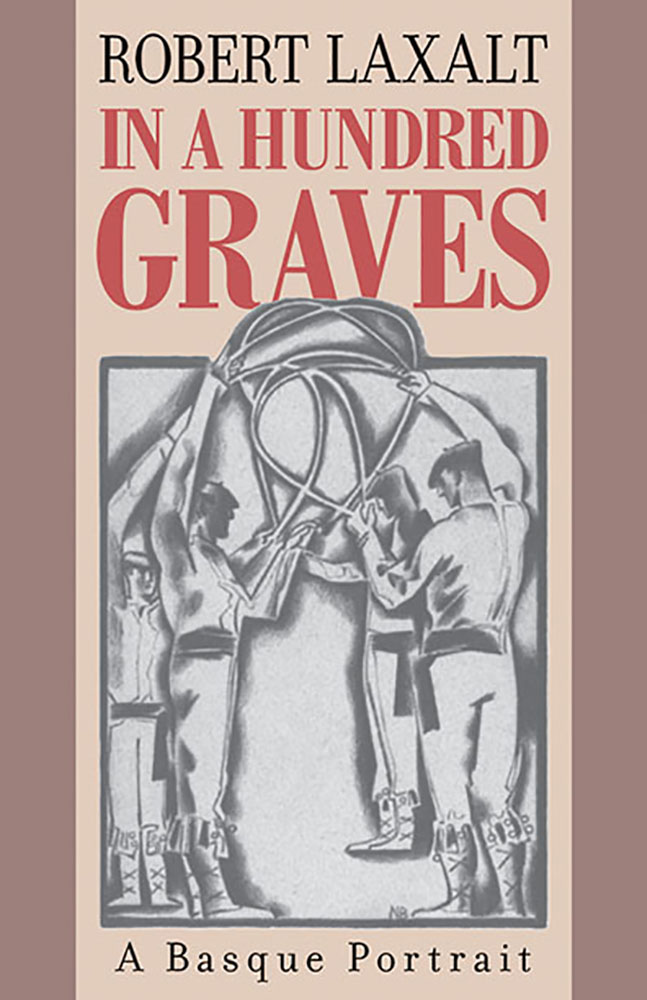 In a Hundred Graves
A Basque Portrait
$17.95

The Basques of Europe are legendary for the curtain of privacy they have always drawn around their world, shielding it from visitors from the outside. As a result, accounts of the inner workings of Basque village life are almost nonexistent. In this unique book, author Robert Laxalt has managed to penetrate the deep reserve of Basque village folk. Shepherds, troubadours, merchants, and smugglers, caught up in the panorama of daily life, parade before the reader. They are portrayed against a backdrop of green rugged mountains and stone buildings, typical of the Basque provinces in France and Spain. Laxalt, an American born of Basque parents, unveils the Basque character with warmth, wry humor, and above all, honesty.

Author Bio
Robert Laxalt graduated from the University of Nevada, Reno in 1947. Laxalt joined the staff of the university in 1954, first as director of News and Publications and later as director of the University of Nevada Press, which he founded. He was named a Reynolds Distinguished Visiting Professor and held the position of Distinguished Nevada Author Chair. He is the author of seventeen books, including the critically acclaimed Sweet Promised Land. He lived in Washoe Valley until his death in 2001.
Reviews

“A very real, moving, memorable world emerges from the total, and one that, so far as I know, is altogether new to English.” —Walter Van Tilburg Clark, author of The City of Trembling Leaves