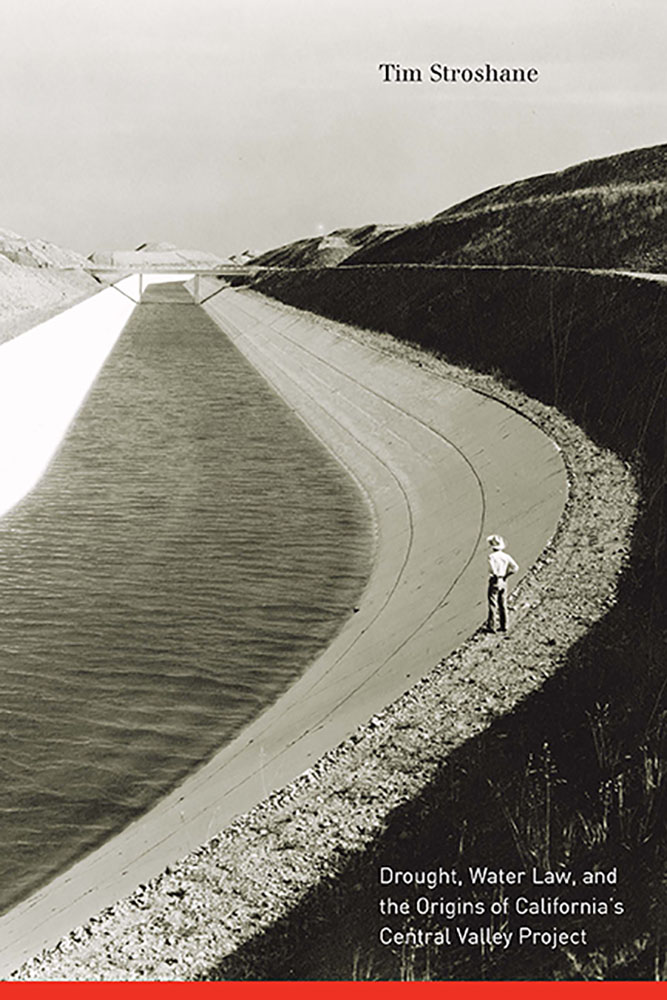 This book is an account of how water rights were designed as a key part of the state’s largest public water system, the Central Valley Project. Along sixty miles of the San Joaquin River, from Gustine to Mendota, four corporate entities called “exchange contractors” retain paramount water rights to the river. Their rights descend from the days of the Miller & Lux Cattle Company, which amassed an empire of land and water from the 1850s through the 1920s and protected these assets through business deals and prolific litigation. Miller & Lux’s dominance of the river relied on what many in the San Joaquin Valley regarded as wasteful irrigation practices and unreasonable water usage. Economic and political power in California’s present water system was born of this monopoly on water control. Stroshane tells how drought and legal conflict shaped statewide economic development and how the grand bargain of a San Joaquin River water exchange was struck from this monopoly legacy, setting the stage for future water wars. His analysis will appeal to readers interested in environmental studies and public policy.
Author Bio
Tim Stroshane received his MA in city planning from the University of California, Berkeley. An independent scholar who has studied the water, economy, and environment of California since 1980, he has worked professionally in environmental consulting, for the city of Berkeley in housing economics and policy, and most recently with environmental nonprofit organizations focused on California and its Bay-Delta Estuary. He lives in Albany, California.
Reviews
“Stroshane has exhaustively mined the public records and the extensive writings in this complex and much-studied field and has produced a fresh and intellectually compelling account that every student of California politics, land use, and environment will have to read.” —Chris Carlsson, author of Nowtopia: How Pirate Programmers, Outlaw Bicyclists, and Vacant-Lot Gardeners are Inventing the Future Today!
© University of Nevada Press
Design by BDG