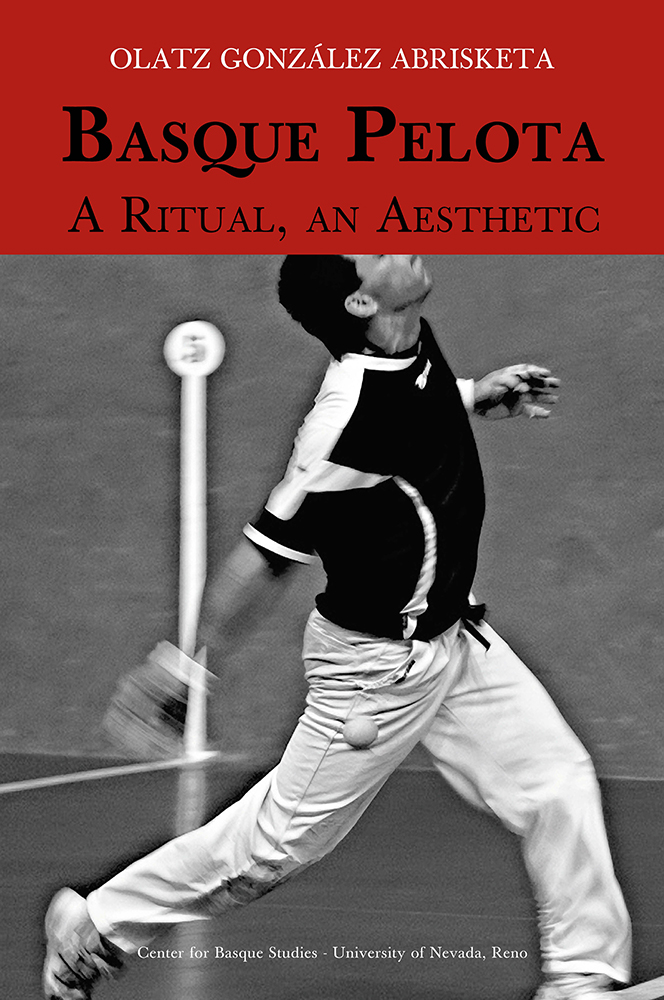 The game of pelota is, as Wilhelm von Humboldt described it, "the principal festival of the Basques," and is, for Pío Baroja, "the Basque game par excellence." Indeed, as Olatz González Abrisketa aptly demonstrates in Basque Pelota: A Ritual, an Aesthetic, pelota is one of the most revealing frameworks of meaning and understanding of the Basque imaginary. By digging into the historic, symbolic, and even mythological roots of the sport, and by describing interconnected webs of meaning in the various domains of social, juridical, bodily, and imaginative experience, she shows how pelota constitutes a ritualized action that both stages and repairs social antagonisms by offering a "deep play" that prevents violent conflict and implies paramount cultural transformation for the Basques. Furthermore, she shows that the joko or "agon" of pelota has a foundational role in culture; the metaphoric extensions of "hand", "pelota", and "body"; and how the fronton or plaza is the Basque public space par excellence and a monument to the community's memory.
Author Bio
Olatz González Abrisketa is an anthropologist and professor of anthropology from the Basque Country. Her research expertise includes sports, nations, gender and feminist studies, rituals and symbolism, and filmmaking. She is also a prized documentarian.
Reviews
“Two hundred years ago, Wilhelm von Humboldt described pelota as ‘the principal festival of the Basque’ (González Abrisketa, 2012, p. 25). The folk game became subsequently a Basque national sport with strong elements of professionalization and betting. It is also played in other regions of Spain and France, and furthermore in Latin America where it was often mediated by the Basque diaspora. Transformed into the gaming enterprise, Jai Alai, pelota is also played in parts of the USA, especially Florida. In Valencia, another autonomous region of Spain, the regional variety, Valencian pilote, is regarded as a national sport.”
—Taylor & Francis

"This vibrant and communitarian game had to wait for Olatz Gonzalez Abrisketa for a much-needed ethnography that would reveal its social and symbolic dimensions."
—Joseba Zulaika, author of That Old Bilbao Moon