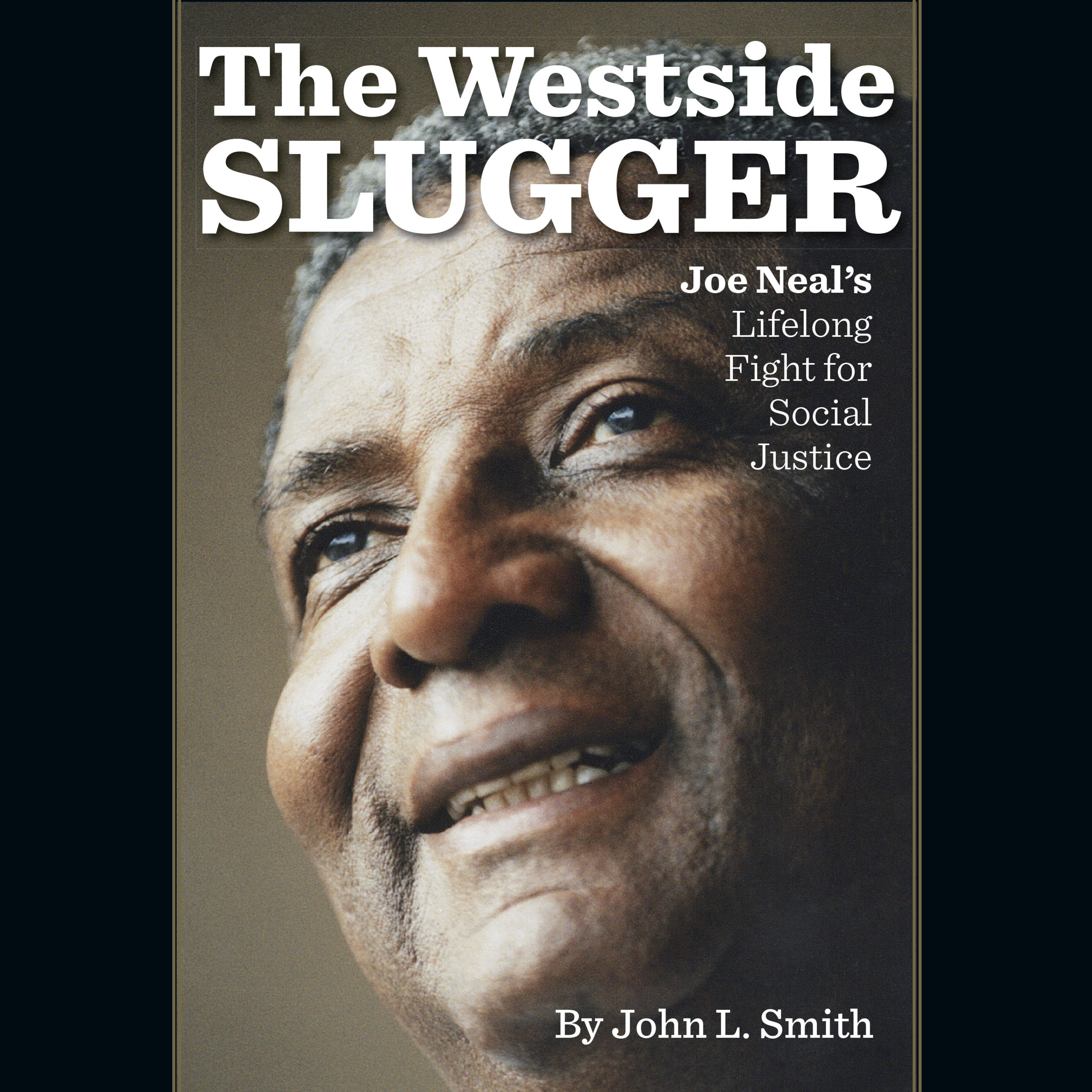 The Westside Slugger is the powerful story of civil rights in Las Vegas and Nevada through the eyes and experience of Joe Neal, a history-making state lawmaker in Nevada. Neal rose from humble beginnings in Mound, Louisiana, during the Great Depression to become the first African American to serve in the Nevada State Senate.

Filled with an intense desire for education, he joined the United States Air Force and later graduated from Southern University—studying political science and the law at a time of great upheaval in the racial status quo. As part of a group of courageous men, Neal joined a Department of Justice effort to register the first black voters in Madison Parish.

When Neal moved to southern Nevada in 1963 he found the Silver State to be every bit as discriminatory as his former Louisiana home. As Neal climbed through the political ranks, he used his position in the state senate to speak on behalf of the powerless for more than thirty years. He took on an array of powerful opponents ranging from the Clark County sheriff to the governor of the state, as well as Nevada’s political kingmakers and casino titans. He didn’t always succeed—he lost two runs for governor—but he never stopped fighting. His successes included improved rights for convicted felons and greater services for public education, mental health, and the state’s libraries. He also played an integral role in improving hotel fire safety in the wake of the deadly MGM Grand fire and preserving the pristine waters of Lake Tahoe, which brought him national attention.

Neal lived a life that personified what is right, just, and fair. Pushing through racial and civil rights hurdles and becoming a lifelong advocate for social justice, his dedication and determination are powerful reminders to always fight the good fight and never stop swinging.
Author Bio
Nevada native, John L. Smith is a freelance writer, journalist, and author of more than a dozen books. He writes an award-winning weekly column for The Nevada Independent, offers weekly commentary on National Public Radio station KNPR, is a stringer for Reuters and a contributor to The Daily Beast and other publications.

He spent three decades as a daily columnist with the Las Vegas Review-Journal, the state’s largest newspaper, and garnered many state and national awards for his work. In 2016, he was part of a group of the Las Vegas Review-Journal staffers to receive the Ancil Payne Award for Ethics from the University of Oregon, the Society of Professional Journalists award for Ethics, and the Medill Medal for Courage from Northwestern University. He was featured in the 2017 Brian Knappenberger documentary “Nobody Speak: Trials of the Free Press,” available on Netflix. He splits his time living in Las Vegas, NV and Santa Fe, New Mexico.
Reviews
"In The Westside Slugger, John L. Smith has worked assiduously to chronicle the life of man whose political activism and electoral career left an indelible mark on Nevada history...Political junkies will love to learn how Neal deftly used the Mason’s Manual, the legislature parliamentary rules book, against his opponents in floor fights over progressive measures such as the ratification of the Equal Rights Amendment. Rich in detail, The Westside Slugger also tells the larger, but rarely recounted, story of the struggle against racial discrimination in Nevada."
James McGrath Morris, New York Times bestselling-author of Eye on the Struggle: Ethel Payne, The First Lady of the Black Press
“John L. Smith has written an amazingly comprehensive book of the complex life and times of Joe Neal dealing with matters from Mound, Louisiana, to South Africa.”
Claytee D. White, Director, Oral History Research Center at UNLV Libraries, from the foreword
“Las Vegas has always been blessed with sharp-penned journalists, but I’m not sure anyone else can serve up a story of modern Vegas/Nevada politics as fine-grained and readable as this one by native son John Smith. A life-and-times biography of Nevada’s first African-American state senator, the legendary progressive Joe Neal, Smith’s The Westside Slugger recreates the life of a brave, principled man inhabiting a glittering place in a sordid time. It’s a fascinating ride of a book.”
Dan Flores, New York Times bestselling-author of Coyote America and Professor Emeritus, University of Montana
“Smith uses an effective mix of interviews, new reports, and contemporaneous quotes to track Neal’s political rise…. Smith’s book portrays him as a man well respected even by his opponents for his consistency and convictions. With a daughter following in his political footsteps, Joe Neal’s story isn’t yet over, and The Westside Slugger does a nice job detailing what’s happened so far."
Foreword Reviews
© University of Nevada Press
Design by BDG