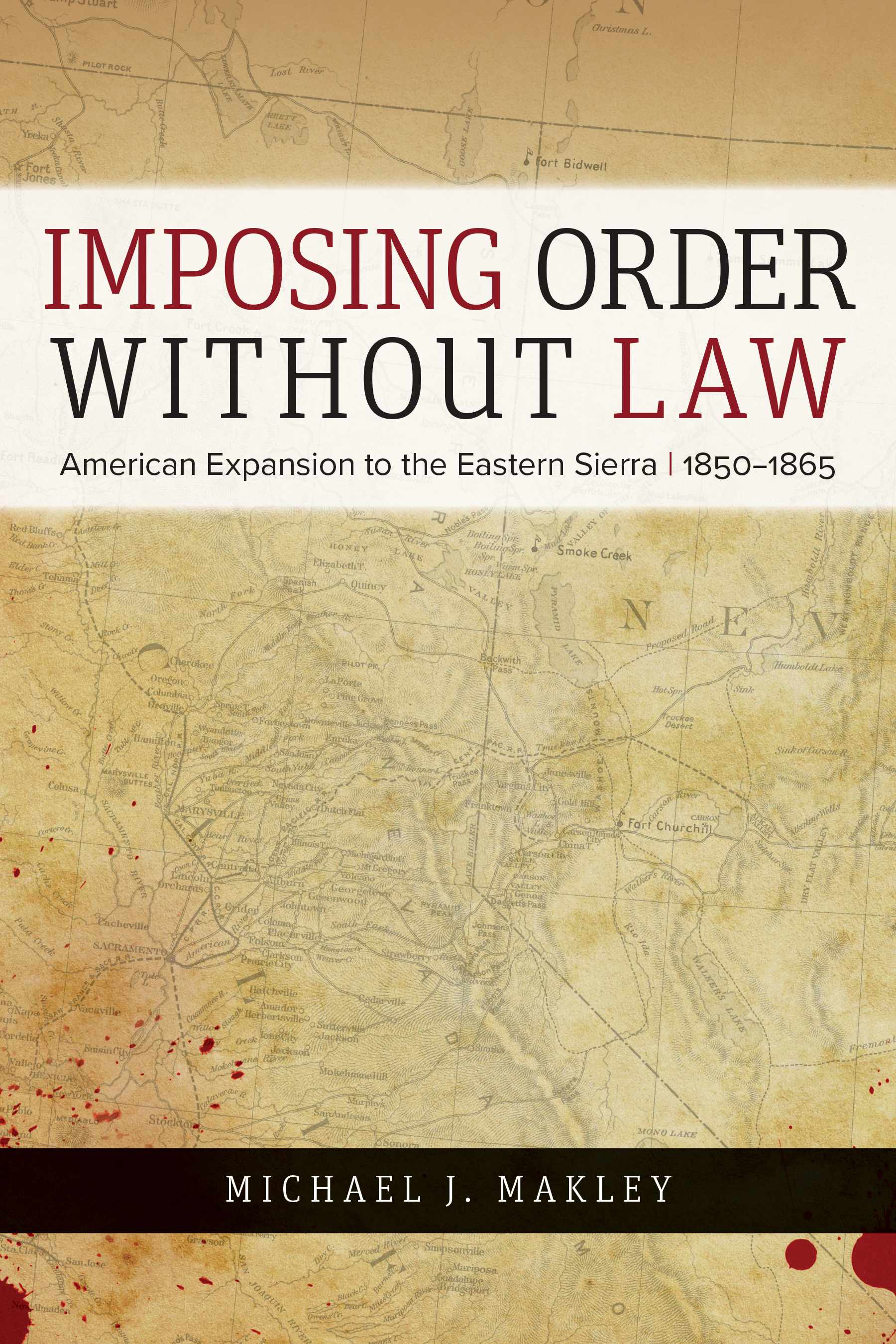 In the 1850s, early Euro-American settlers established two remote outposts on the slopes of the eastern Sierra Nevada, both important way stations on the central emigrant trail. The Carson Valley settlement was located on the western edge of the Utah Territory, while the Honey Lake Valley hamlet, 120 miles north, fell within California’s boundaries but was separated from the rest of the state by the formidable mountain range. Although these were some of the first white communities established in the region, both areas had long been inhabited by Indigenous Americans. Carson Valley had been part of Washoe Indian territory, and Honey Lake Valley was a section of Northern Paiute land.

Michael Makley explores the complexities of this turbulent era, when the pioneers’ actions set the stage for both valleys to become part of national incorporation. With deft writing and meticulously researched portrayals of the individuals involved, including the Washoe and Northern Paiute peoples, Imposing Order Without Law focuses on the haphazard evolution of “frontier justice” in these remote outposts. White settlers often brought with them their own ideas of civil order. Makley’s work contextualizes the extralegal acts undertaken by the settlers to enforce edicts in their attempt to establish American communities.

Makley’s book reveals the use and impact of group violence, both within the settlements and within the Indigenous peoples’ world, where it transformed their lives.

Author Bio
Michael J. Makley is the author of eight books on western history, including A Short History of Lake Tahoe; Saving Lake Tahoe: An Environmental History of a National Treasure; and Cave Rock: Climbers, Courts, and a Washoe Indian Sacred Place, which he coauthored with his son, Matthew S. Makley.
Reviews

“Michael Makley's look at the settlement of the Eastern Sierra in the 1850s is masterful. The book is a significant addition to the scholarship of the region, and it will certainly be regarded for many years as a classic.”
—Ronald M. James, Nevada state historic preservation officer (retired), author of The Roar and the Silence: A History of Virginia City and the Comstock Load

“Establishing Order Without Justice contributes to the histories of Nevada, California, and the US West. In accessible prose, Makley draws our attention to places and peoples who are too often overlooked.”
—Sarah Keyes, assistant professor of history, University of Nevada, Reno