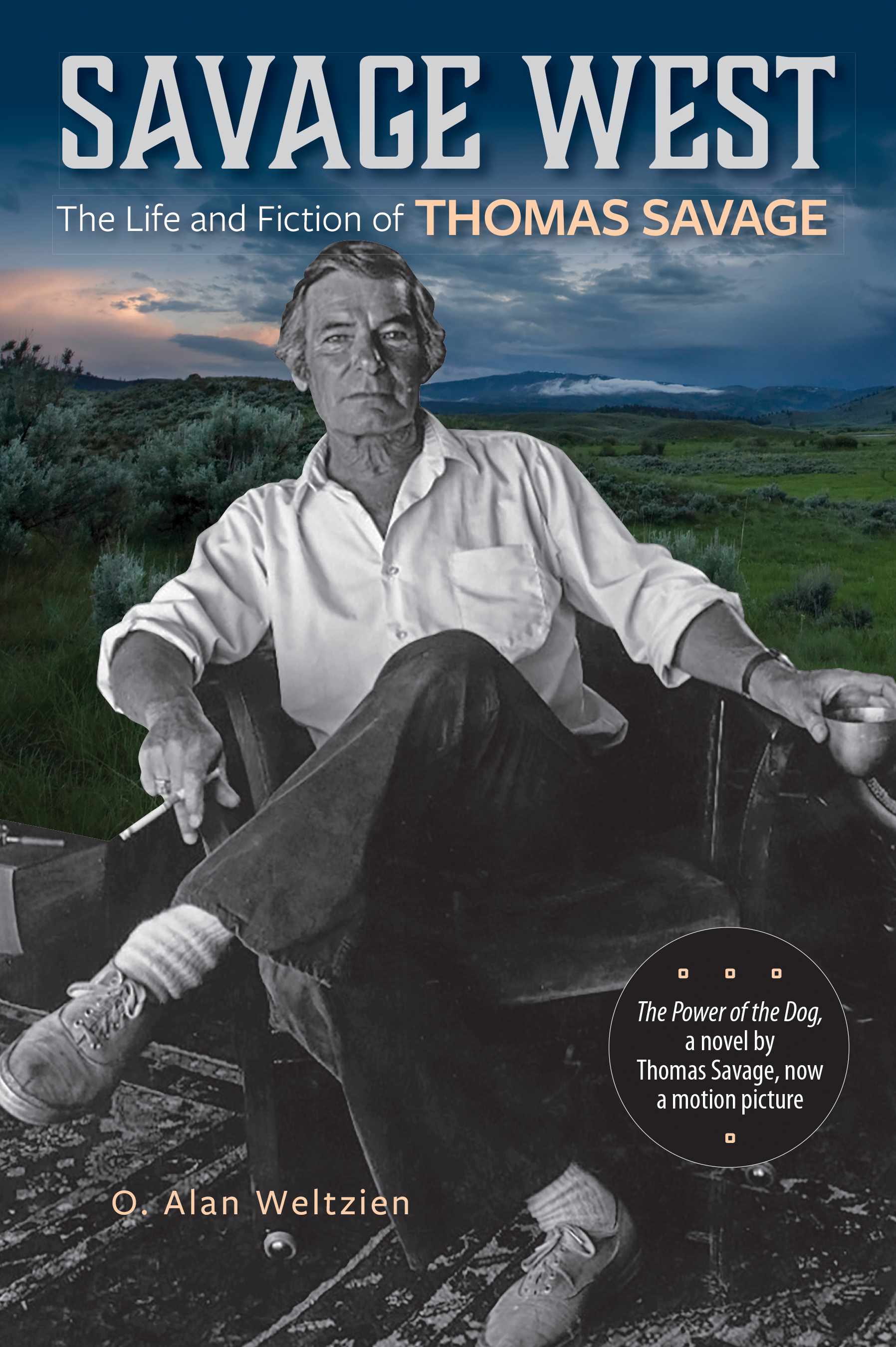 Savage West
The Life and Fiction of Thomas Savage
$29.95

Thomas Savage (1915—2003) was one of the intermountain West's best novelists. His thirteen novels received high critical praise, yet he remained largely unknown by readers. Although Savage spent much of his later life in the Northeast, his formative years were spent in southwestern Montana, where the mountain West and his ranching family formed the setting for much of his work.

O. Alan Weltzien's insightful and detailed literary biography chronicles the life and work of this neglected but deeply talented novelist. Savage, a closeted gay family man, was both an outsider and an insider, navigating an intense conflict between his sexual identity and the claustrophobic social restraints of the rural West. Unlike many other Western writers, Savage avoided the formula westerns— so popular in his time— and offered instead a realistic, often subversive version of the region. His novels tell a hard, harsh story about dysfunctional families, loneliness, and stifling provincialism in the small towns and ranches of the northern Rockies, and his minority interpretation of the West provides a unique vision and caustic counternarrative contrary to the triumphant settler-colonialism themes that have shaped most Western literature. Savage West seeks to claim Thomas Savage's well-deserved position in American literature and to reintroduce twenty-first-century readers to a major Montana writer.

Author Bio
O. Alan Weltzien is an author and specialist in American and western American literatures. He worked forty years as a full-time academic, 29 of which were at the University of Montana Western, in Dillon Montana.  He has published dozens of articles, two chapbooks, and nine books, including studies or collections of writers Rick Bass, John McPhee, and Norman Maclean.  He lives in Montana.
Reviews

"Rescuing a major American author from an undeserved obscurity, Savage West: The Life and Fiction of Thomas Savage is an extraordinarily informative and seminal work of original scholarship. Exceptionally well organized and presented, [this book] is an especially and unreservedly recommended addition to community, college, and university library American Biography and American Literary Studies collections.”
—Midwest Book Review

"This book makes plain that Savage's work is worthy of a great deal more critical attention than it has received…Weltzien has a thorough command of his subject and has augmented his own analyses with impressive archival work and original interviews with Savage’s family, friends, and collaborators. Savage West is a significant and welcome contribution to scholarship on western American literature, Montana literature, and environmental literature.”
—Michael P. Branch, author of Rants from the Hill and How to Cuss in Western

“Weltzein's biography puts Thomas Savage, a writer of great power and immense insight, back on the American literary map.  The first book-length study to explore Savage’s work in light of his conflicted sexuality—and thus an important contribution to American gay and lesbian literary studies--it sets the standard for future studies of Savage’s West.”
—David Peterson, associate professor of English, University of Nebraska at Omaha