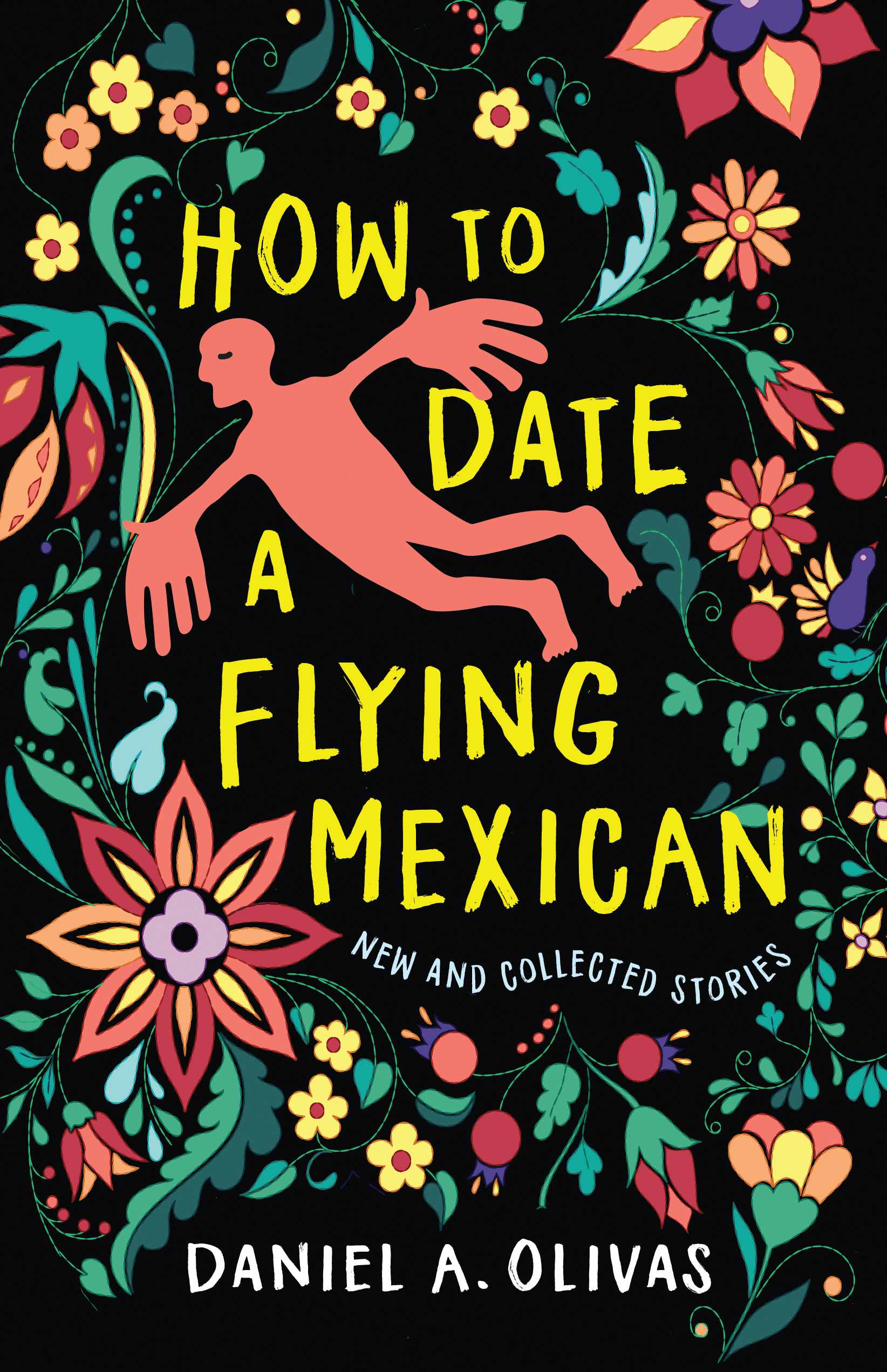 How to Date a Flying Mexican
New and Collected Stories
$22.00

During the pandemic and in the wake of his father’s death, Daniel A. Olivas set upon the task of reviewing almost 25 years’ worth of his short stories that had been published in various collections or as parts of novels. Our strange times seemed to call for this type of introspection and examination. He found that many of his narratives fell within the world of magic, fairy tales, fables, and dystopian futures. This review also revealed that many of his fictions confronted—either directly or obliquely—questions of morality, justice, and self-determination while being deeply steeped in Chicano and Mexican culture. Olivas decided to choose his favorite tales from the many scores of stories that populated his published works. He added to the mix two recent stories—one dystopian, the other magical—both of which confront the last administration’s anti-immigrant rhetoric and policies. The result is How to Date a Flying Mexican: New and Collected Stories. Though his books have been taught in colleges and high schools across the country for over two decades, this collection brings together some of his most unforgettable strange tales that will be enjoyed, again, by his fans, and anew for readers who have not, as yet, experienced Olivas’s distinct—and very Chicano—fiction. A literary critic once called Olivas a “literary marvel.” These stories, collectively, offer ample support for this declaration.

Author Bio
Daniel A. Olivas, the grandson of Mexican immigrants, was born and raised near downtown Los Angeles. He is an award-winning author of nine books of fiction, nonfiction, and poetry including, The King of Lighting Fixtures: Stories (University of Arizona Press), Crossing the Border: Collected Poems (Pact Press), and Things We Do Not Talk About: Exploring Latino/a Literature through Essays and Interviews (San Diego State University Press). He co-edited The Coiled Serpent: Poets Arising from the Cultural Quakes and Shifts of Los Angeles (Tía Chucha Press), and edited Latinos in Lotusland: An Anthology of Contemporary Southern California Literature (Bilingual Press). Widely anthologized, Olivas has written on culture and literature for The New York Times, Los Angeles Review of Books, BOMB, Jewish Journal, High Country News, and The Guardian. He writes regularly for La Bloga, a site dedicated to Latinx literature and the arts.

Olivas received his degree in English literature from Stanford University, and law degree from UCLA. By day, Olivas is an attorney and makes his home in Southern California with his wife, Susan Formaker. They have an adult son, Ben, who is also a proud Bruin and works in the video game design industry.
Reviews
© University of Nevada Press
Design by BDG