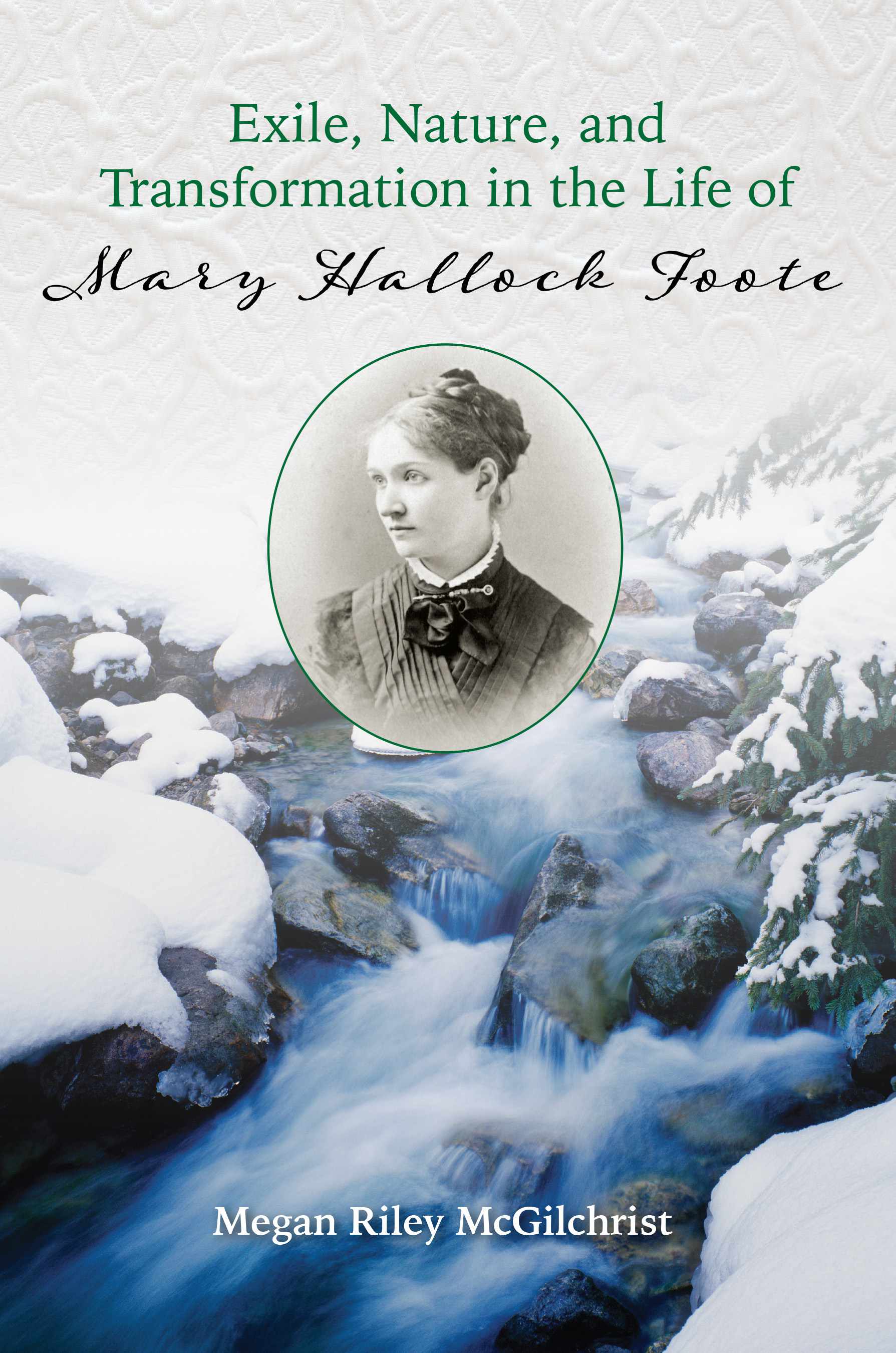 Exile, Nature, and Transformation in the Life of Mary Hallock Foote
$40.00

Combining a breadth of scholarship, insightful critical thinking, and an engaging personal interaction with Mary Hallock Foote’s substantial collection of illustrations and writings, Megan Riley McGilchrist provides a significant contribution to western literature and the lives of western writers.

Exile, Nature, and Transformation in the Life of Mary Hallock Foote opens a window into the remarkable, little-known nineteenth-century personal history of accomplished American author and illustrator, Mary Hallock Foote, a woman both of her time, and ahead of it. When Mary gave up a successful career as an illustrator in New York to follow her husband, a mining engineer, to the West, she found herself in a new, unfamiliar, and often challenging world—sometimes feeling like an exile. The thousands of pages of her unpublished letters, which form the foundation of this book, give rare insight into the process of acculturation and eventually the transformation that she experienced. This wide-ranging analysis also examines the role that nature and Mary’s lifelong connection with the natural world played in her adaptation to the western mining towns where she spent much of the rest of her life.

In many ways, Mary’s life mirrored that of author Megan Riley McGilchrist, whose parallel exile began in 1977 when she left America for England. Drawing equivalences with Mary’s life as an exile and her own life as an expatriate American woman, Megan provides a meditation on her own transformation, as much as on Mary’s. Megan demonstrates what it has been like to be a twenty-first-century American expatriate, Californian-turned-Londoner—to find common ground in the life of a nineteenth-century woman.

Comprising elements of biography, literary analysis, history, and personal history, and containing many unpublished excerpts from Mary’s voluminous correspondence, Exile, Nature, and Transformation in the Life of Mary Hallock Foote offers insight into the ways Mary perceived the world around her. It also provides insight into the experiences of exiles of any time—people who have left a familiar environment to embark on a new life in a new and not necessarily comfortable setting.
Author Bio
Megan Riley McGilchrist is a native Californian who has lived permanently in England since 1983. She is an English teacher at the American School in London and the author of The Western Landscape in Cormac McCarthy and Wallace Stegner.
Reviews

“Megan Riley McGilchrist’s meditation on the life and work of Mary Hallock Foote is not conventional biography or literary criticism but a strikingly original analysis of three elemental lenses through which this woman of the East, more than any writer of her age, comprehended and conveyed the essence of a fundamentally alien world, the American West. Along the way, McGilchrist, an expatriate who finds personal resonance in Foote’s life, discerns enlightening touchstones in Melville, Thomas Wolfe, the Greeks and the Transcendentalists, and steadfastly defends her real-life heroine against Wallace Stegner’s distorting cultural appropriations in Angle of Repose.”
—Steve Coates, co-author of Nabokov’s Blues: The Scientific Odyssey of a Literary Genius

"This is the kind of book more literary and cultural critics should be writing: A book that offers rich and deep analysis but in a novelistic way, a book that fully demonstrates how reading-whether novels, letters, illustrations-fully enriches our understanding of our own lives."
—Melody Graulich, professor of English and American studies, Utah State University