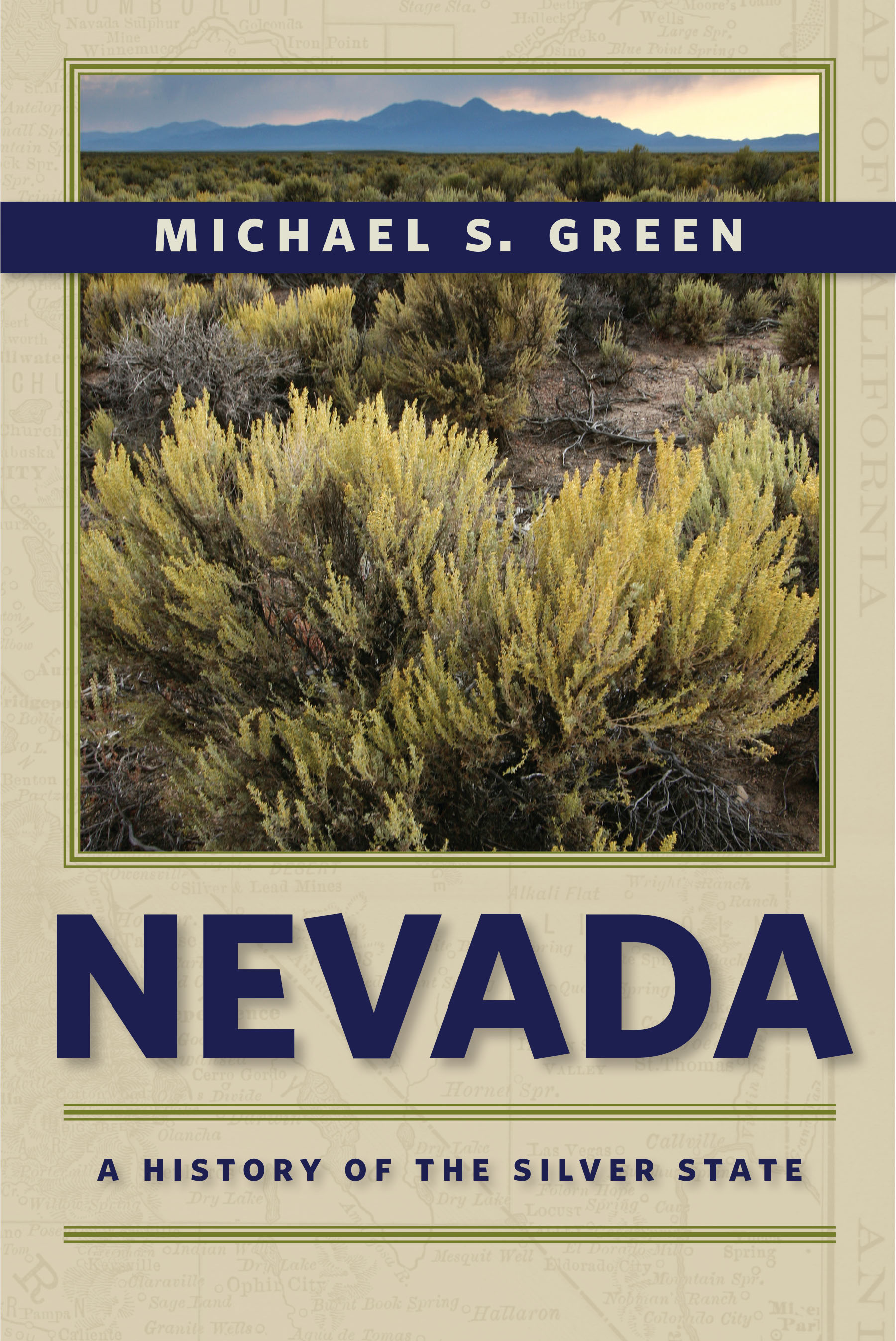 Nevada: A History of the Silver State has been named a CHOICE Outstanding Title.

Michael S. Green, a leading Nevada historian, provides a detailed survey of the Silver State’s past, from the arrival of the early European explorers, to the predominance of mining in the 1800s, to the rise of world-class tourism in the twentieth century, and to more recent attempts to diversify the economy.

Of the numerous themes central to Green’s analysis of Nevada’s history, luck plays a significant role in the state’s growth. The miners and gamblers who first visited the state all bet on luck. Today, the biggest contributor to Nevada’s tourist economy, gaming, still relies on that same belief in luck. Nevada’s financial system has generally been based on a “one industry” economy, first mining and, more recently, gaming. Green delves deeply into the limitations of this structure, while also exploring the theme of exploitation of the land and the overuse of the state’s natural resources. Green covers many more aspects of the Silver State’s narrative, including the dominance of one region of the state over another, political forces and corruption, and the citizens’ often tumultuous relationship with the federal government. The book will appeal to scholars, students, and other readers interested in Nevada history.
Author Bio
Michael S. Green is an associate professor of history at the University of Nevada, Las Vegas, specializing in nineteenth-century politics and the American West. He is the author of several books on these subjects, including Las Vegas: A Centennial History.
Reviews
“In Nevada: A History of the Silver State, Michael S. Green has attempted to . . . create a readable, scholarly-yet-accessible history of the complicated state. Green, a longtime historian of Nevada and the West, now teaching at the University of Nevada, Las Vegas, is the ideal candidate to take on this task, and the result is an extraordinary achievement that will serve as the foundational text of Nevada history for the next generation. Written in his recognizable style—clear, concise prose, insightful analysis, and the occasional subtle witticism, Green’s distinctive voice is consistent through nearly 500 pages of text, and he succeeds in updating Nevada’s history by seamlessly integrating the history of Southern Nevada and by bringing Nevada’s history into the twenty-first century.”—Nevada in the West, Summer 2015
Nevada in the West
“Michael Green’s book is an amazing and ambitious undertaking that will take you through every aspect of the Silver State’s history. It is a well-written and researched book that should be mandatory reading for all Nevada high school students.”—Nevada Magazine
Nevada Magazine
© University of Nevada Press
Design by BDG