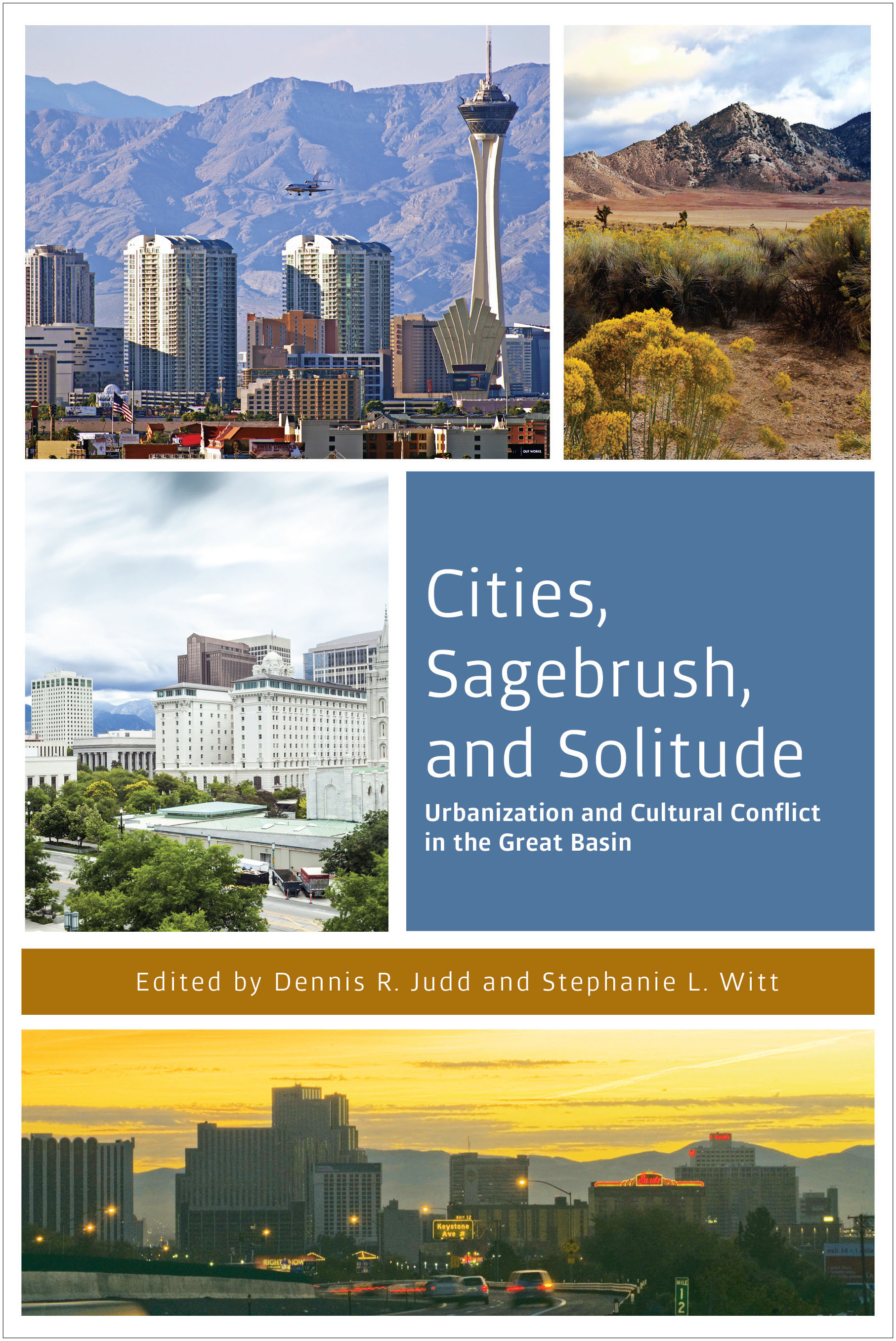 Cities, Sagebrush, and Solitude
Urbanization and Cultural Conflict in the Great Basin
$34.95

Cities, Sagebrush, and Solitude explores the transformation of the largest desert in North America, the Great Basin, into America’s last urban frontier. In recent decades Las Vegas, Reno, Salt Lake City, and Boise have become the anchors for sprawling metropolitan regions. This population explosion has been fueled by the maturing of Las Vegas as the nation’s entertainment capital, the rise of Reno as a magnet for multitudes of California expatriates, the development of Salt Lake City’s urban corridor along the Wasatch Range, and the growth of Boise’s celebrated high-tech economy and hip urban culture.

The blooming of cities in a fragile desert region poses a host of environmental challenges. The policies required to manage their impact, however, often collide with an entrenched political culture that has long resisted cooperative or governmental effort. The alchemical mixture of three ingredients—cities, aridity, and a libertarian political outlook—makes the Great Basin a compelling place to study. This book addresses a pressing question: Are large cities ultimately sustainable in such a fragile environment?
Author Bio
Dennis R. Judd is a professor of political science at the University of Illinois at Chicago. He has published numerous books, including City Politics: The Political Economy of Urban America.

Stephanie L. Witt is a professor of public policy and administration at Boise State University. Her publications include Urban West: Governing Cities in Uncertain Times, coauthored with James B. Weatherby.
Reviews
"If you want to learn more about the past and present of the Interior West, read this book." -- Western Historical Quarterly
Western Historical Quarterly
© University of Nevada Press
Design by BDG