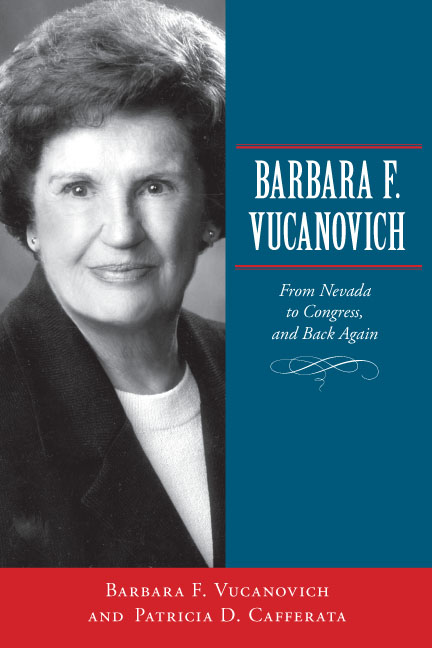 Barbara F. Vucanovich
From Nevada to Congress, and Back Again
$24.95

Barbara Vucanovich was sixty-two when she ran in her first election, becoming the first woman ever elected to a federal office from Nevada. In this engaging memoir, written with her daughter, she reflects on the road that led her to Washington--her years as mother, businesswoman, and volunteer.
Author Bio
Barbara Vucanovich (1921-2013) retired in 1996 after serving seven terms in the House of Representatives.