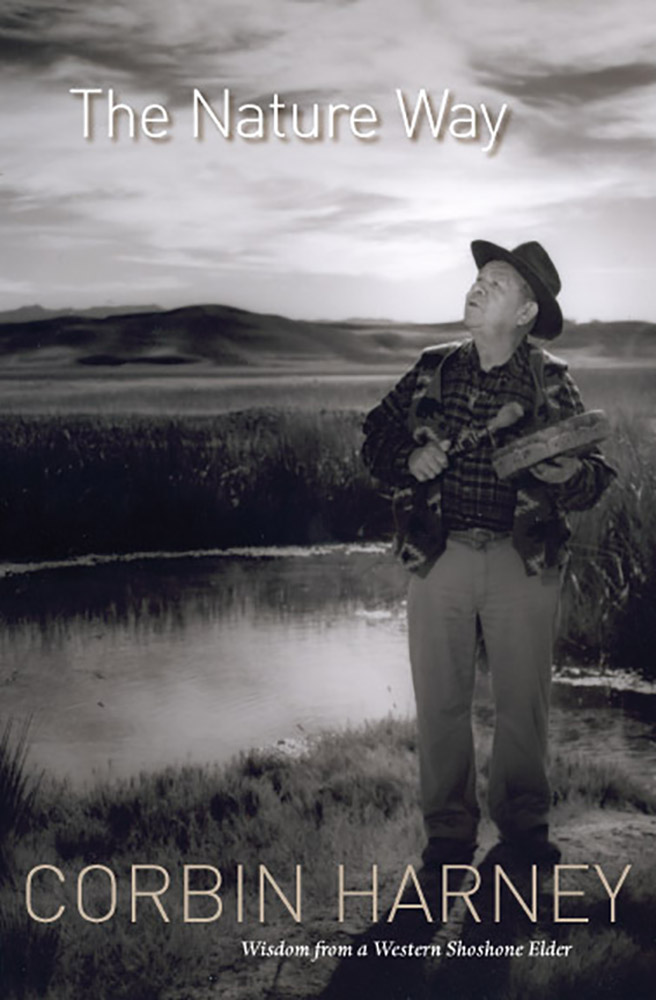 Corbin Harney’s long life encompassed remarkable changes in the lives of Native Americans and in the technological and political development of the world. Born into an impoverished Western Shoshone family on the Nevada-Idaho border and orphaned as a newborn, he was brought up by grandparents who taught him the traditional ways of their people and the ancient spiritual beliefs that sustained their culture. As an adult, Harney found his calling as a traditional healer and spiritual leader. Soon he became involved in the Shoshone struggle for civil rights, including their efforts to protect and heal their traditional lands in what became the Nevada Test Site. This involvement led Harney to his eventual role as a leader of the international antinuclear movement.The Nature Way is a rich compendium of Corbin Harney’s experience and wisdom. His account of his life incorporates the tragic history of Native Americans in the Great Basin after the arrival of Euro-Americans, his realization of his own identity as a Native American, and his long study of his people’s traditions and spiritual practices. His summary of the Shoshone and Paiute use of indigenous plants for food and healing highlights their understanding that the Earth and her denizens and products must be respected and protected in order to preserve the connection that all creatures have with sacred Mother Earth. Finally, his account of his role as an antinuclear activist expands on his awareness of the human responsibility to protect the Earth, especially from the extreme danger posed by nuclear technology and nuclear weapons of mass destruction. Corbin Harney’s voice is one of the clearest expressions yet of the values, concerns, and spirituality of contemporary Native America. He offers all of us an eloquent plea that we respect and cooperate with Nature to ensure the survival of the planet.

The late Corbin Harney (1920-2007) was a member of the Western Shoshone Tribe of Duck Valley, Nevada. He was a healer and spiritual leader, defender of Native American culture and rights, and an internationally known antinuclear activist. He founded the Shundahai Network in 1994 to promote Native American issues and opinions, and in 2003 he received the Nuclear-Free Future Award for his opposition to nuclear arms and atomic energy. He is also the founder of the Poo Ha Bah traditional healing center near Death Valley, California.

"It is a gift for humanity that Corbin Harney shares in The Nature Way as he recounts the beauty of his culture and the importance that Indigenous knowledge has on the survival of our Mother Earth.” - Tom Goldtooth, executive director of the Indigenous Environmental Network

"...this book is a fitting memorial to a remarkable man." - Voices from the Earth