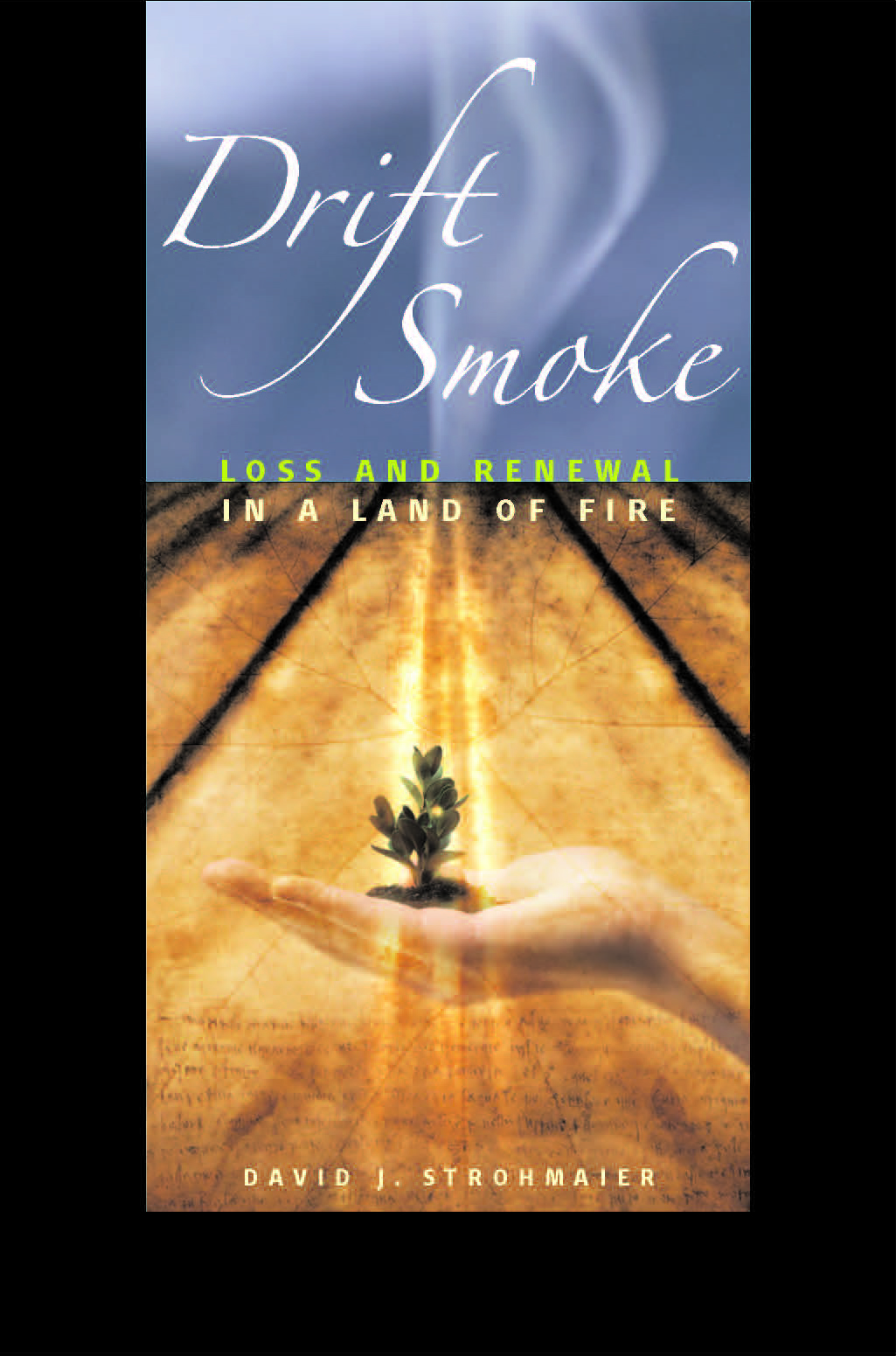 David Strohmaier’s long career as a firefighter has given him intimate knowledge of wildfire and its complex role in the natural world of the American West. It has also given him rare understanding of the painful losses that are a consequence of fire. Strohmaier addresses our ambivalence about fire and the realities of loss to it—of life, human and animal, of livelihoods, of beloved places. He also examines the process of renewal that is yet another consequence of fire, from the infusion of essential nutrients into the soil, to the sprouting of seeds that depend on fire for germination, to the renewal of species as the land restores itself. Ultimately, according to Strohmaier, living with fire is a matter of choices, of “seeing the connection between loss on a personal scale and loss on a landscape scale: in relationship with persons, and in relationship to and with the land.” We must cultivate a longer perspective, he says, accepting that loss is a part of life and that “humility and empathy and care are not only core virtues between humans but are also essential virtues in our attitudes and actions toward the earth.” Drift Smoke is a powerful and moving meditation on wildfire by someone who has seen it in all its terror and beauty, who has lost colleagues and beloved terrain to its ferocity, and who has also seen the miracle of new life sprouting in the ashes. The debate over the role and control of fire in the West will not soon end, but Strohmaier’s contribution to the debate will help all of us better appreciate both the complexity of the issues and the possibilities of hitherto unconsidered solutions that will allow us to inhabit a place where fire is a natural, and needed, part of life.

David J. Strohmaier serves as a Missoula County Commissioner and formerly worked as a historian with Historical Research Associates in Missoula, Montana. He was previously a City Councilman in Missoula. Strohmaier worked for fifteen seasons as a wildland firefighter for the Bureau of Land Management and U.S. Forest Service.

"This is a unique book. I know of no other quite like it. It makes a significant contribution to the burgeoning literature about wildfire. It covers a subject only rarely touched on in any comprehensive way; that is, there are many other books about some of the losses associated with wildfire (e.g., loss of life), but none that attempt to consider all the main kinds of loss in any detail or, aside from the author's first book on fire, that argue so well that fire is an ambivalent phenomenon and cannot be understood as either solely an unmitigated evil or solely an ecological good." —Peter List, Professor Emertius of Philosophy, University of Oregon; editor of Environmental Ethics and Forestry: A Reader

Those whose lives are affected when plumes of smoke rise into the August sky will find here a thoughtful contribution to the story of their hopes and fears.” —Sheldon Lawrence, Western American Literature, Winter 2007
"

"Daring in its analysis, creative and fluid in its style, and provocative in its impact." —Kevin Marsh, H-Environment