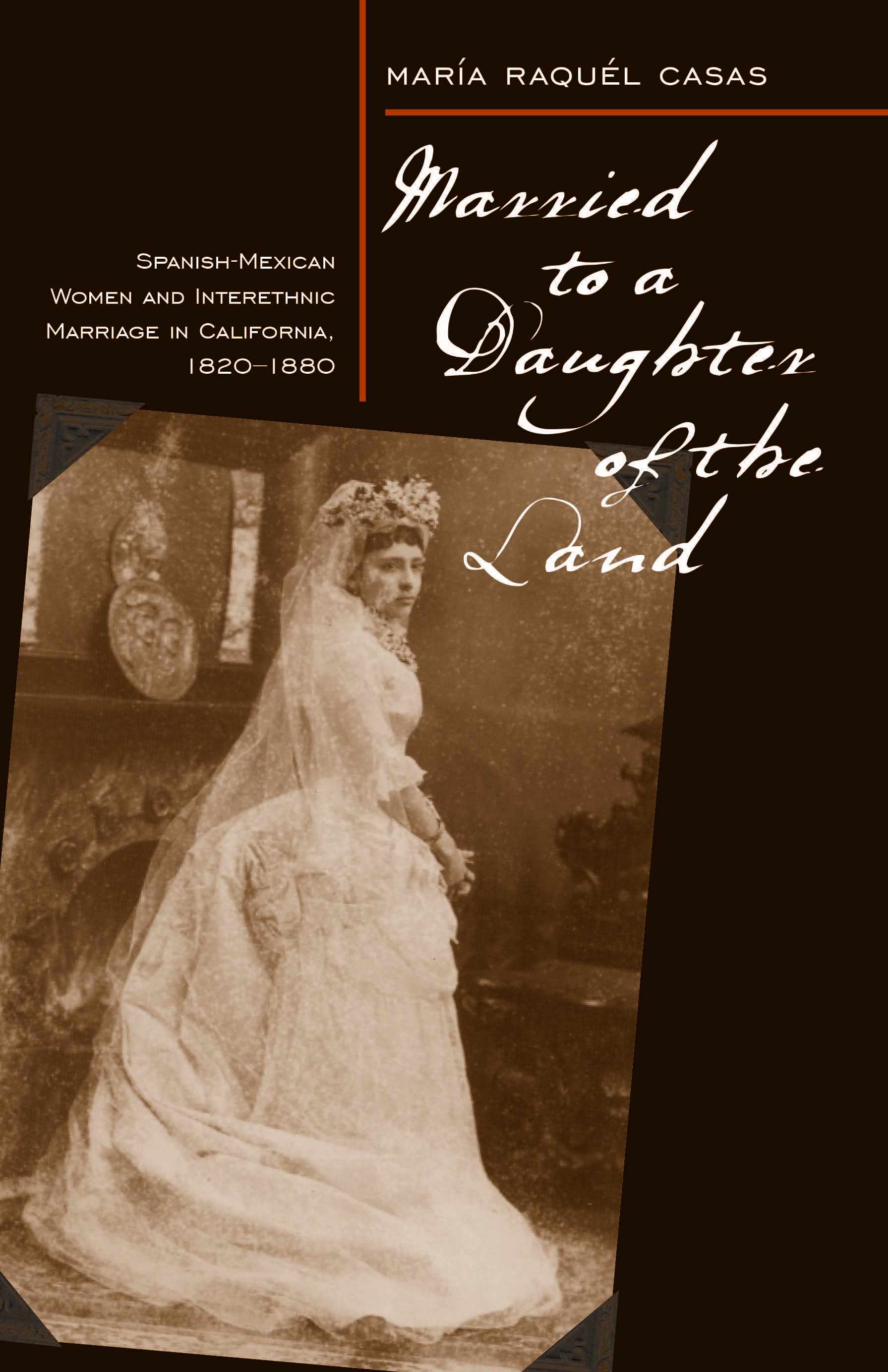 Married To A Daughter Of The Land
Spanish-Mexican Women And Interethnic Marriage In California, 1820-80
$24.95

The surprising truth about intermarriage in 19th-Century California. Until recently, most studies of the colonial period of the American West have focused on the activities and agency of men. Now, historian María Raquél Casas examines the role of Spanish-Mexican women in the development of California. She finds that, far from being pawns in a male-dominated society, Californianas of all classes were often active and determined creators of their own destinies, finding ways to choose their mates, to leave unsatisfactory marriages, and to maintain themselves economically. Using a wide range of sources in English and Spanish, Casas unveils a picture of women’s lives in these critical decades of California’s history. She shows how many Spanish-Mexican women negotiated the precarious boundaries of gender and race to choose Euro-American husbands, and what this intermarriage meant to the individuals involved and to the larger multiracial society evolving from California’s rich Hispanic and Indian past. Casas’s discussion ranges from California’s burgeoning economy to the intimacies of private households and ethnically mixed families. Here we discover the actions of real women of all classes as they shaped their own identities. Married to a Daughter of the Land is a significant and fascinating contribution to the history of women in the American West and to our understanding of the complex role of gender, race, and class in the Borderlands of the Southwest.
Author Bio
María Raquél Casas is a graduate of Yale University, and she has taught at the University of Wisconsin, Madison as a visiting professor. She has written various articles on Latina identity. Casas is an associate professor of history at the University of Nevada, Las Vegas.
Reviews
"Casas's engaging depiction of nineteenth-century California offers a new understanding of the intermixing of peoples concomitant with the Spanish-Mexican and the American conquests of California." — The Journal of American History
"The women's stories are compelling and provide an important look at the convergences of cultures, races, and public and private space and discourse. They are an important contribution to Western history and the growing work on Mexican Americans and women in the 19th century." — CHOICE
"...a richly textured, nuanced analysis of women's agency and negotiation of gender, race, class, culture, identity, and intimacy on California's changing, often volatile, political, economic, and cultural landscape." — Western Historical Quarterly
"Casas skillfully restores the 'portraits of some individual Spanish-Mexican women' previously hidden beneath decades of romantic varnish, finding new narratives where the same stories are often uncritically repeated." — Southern California Quarterly
© University of Nevada Press
Design by BDG