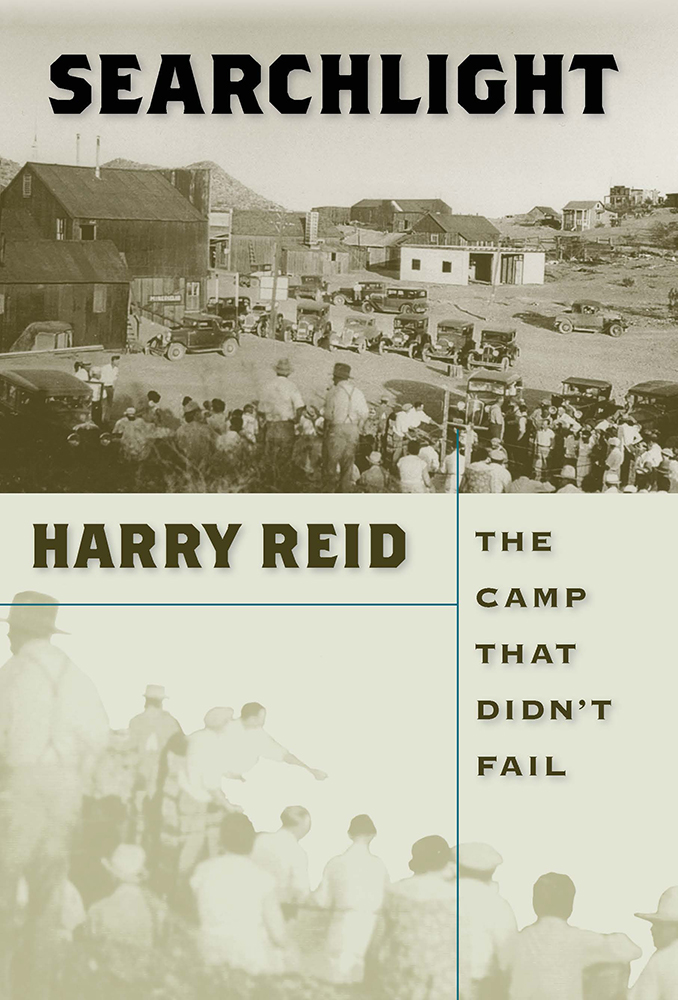 Searchlight
The Camp That Didn'T Fail
$18.95

Deep in the desolate Mojave Desert in Nevada’s extreme southern tip lies a small mining town called Searchlight. This meticulously researched book by Searchlight’s most distinguished native son recounts the colorful history of the town and the lives of the hardy people who built it and sustained a community in one of the least hospitable environments in the United States. Its story encompasses both Nevada’s early twentieth-century mining boom and the phenomenal growth of southern Nevada after World War II. Searchlight is a valuable contribution to the history of Nevada and a lively account of life in the forbidding depths of the Mojave Desert.&lt;br&gt; &lt;br&gt;
Author Bio
Harry Reid was born in Searchlight to a local mining family. He has represented Nevada in Congress for more than two decades. He became Majority Leader of the U.S. Senate in 2004.&lt;br&gt;
Reviews
“People who think history is dry and boring will receive a lesson to the contrary with Harry Reid’s loving tribute to his hometown, Searchlight, Nevada.&lt;br&gt; --Bisbee (Ariz.) Pay Dirt&lt;br&gt; &lt;br&gt; “Reid has written of an era in Nevada history that has not been fully touched on prior to this, and his book covers an important segment of the history of the West.&lt;br&gt; --Journal of the West&lt;br&gt; &lt;br&gt; “Senator Reid’s narrative of the rise and fall of Searchlight . . . adds grist to the mill of historians engaged in studying the developmental phases of several Nevada mining camps. . . . The book is a good read and an important document on Nevada’s recent history.&lt;br&gt; --International California Mining Journal&lt;br&gt; &lt;br&gt; &lt;br&gt; &lt;br&gt;
© University of Nevada Press
Design by BDG