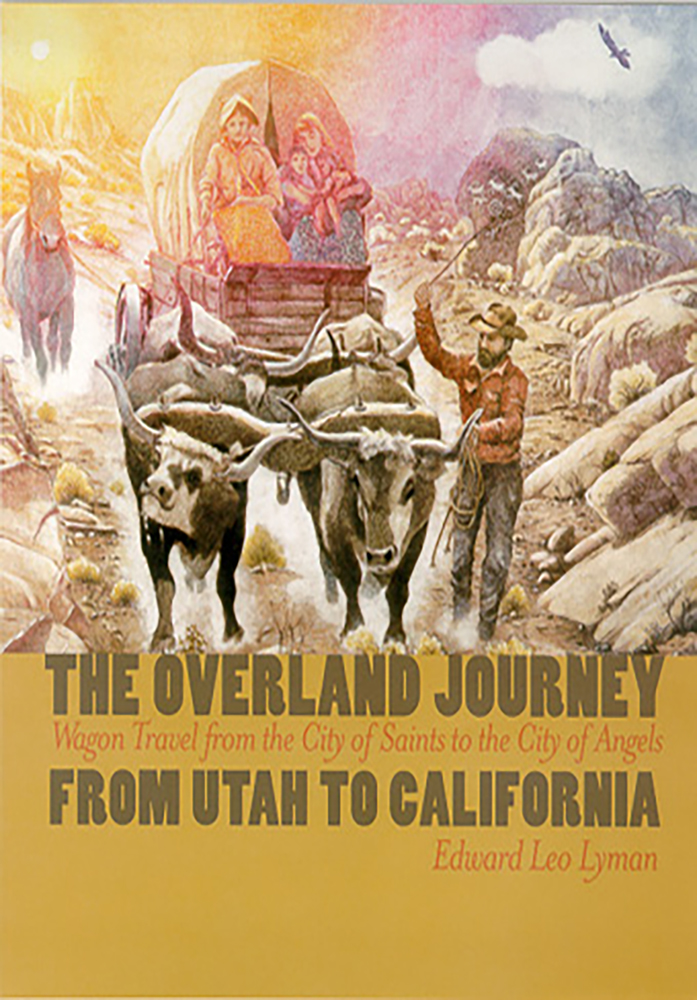 Overland Journey From Utah To California
Wagon Travel From The City Of Saints To The City Of Angels
$24.95

&lt;br&gt; The wagon trail between Salt Lake City and Los Angeles is one of the most important but least-known elements of nineteenth-century western migration, favored because it could be used for travel and freighting year-round. It was, however, arguably the most difficult route that pioneers traveled with any consistency in the entire history of the country, leapfrogging from one sometimes dubious desert watering place to the next and offering few havens for the sick, weary, or unfortunate. &lt;br&gt; This book is the first history of the complete Southern Route and of the people who developed and used it. Based on extensive research, including many early travelers’ accounts, the book discusses the exploration and development of the Old Spanish Trail. Lyman’s discussions of relations between the Mormons and the Native American peoples of the region and of the Mountain Meadows Massacre offer fresh and important analyses of these vital aspects of the westward movement.&lt;br&gt; &lt;br&gt;
Author Bio
Edward Leo Lyman is a distinguished scholar of western transportation and community history, specializing in Mormon politics and migrations. He is the author of five books and more than twenty journal articles.&lt;br&gt; &lt;br&gt;
Reviews
“The excellent quality of research and writing, the addition of many photographs and maps, make this easily read book the final word on the topic.”&lt;br&gt; --Utah Historical Quarterly&lt;br&gt; &lt;br&gt; “Lyman has captured for us the essence and significance of this forbidding trail and elevated it into the mainstream of western trail history.”&lt;br&gt; --Southern California Quarterly&lt;br&gt; &lt;br&gt; &lt;br&gt; “Edward Leo Lyman here presents a comprehensive chronicle of the Southern Trail that stretched from Deseret’s capital at Salt Lake City to the Mormon outpost established in 1850 at San Bernardino. . . . This is a book that will appeal to Mormons interested in their past and to students of western trails history.” &lt;br&gt; --Journal of American History&lt;br&gt; &lt;br&gt; “This book is essential reading for anyone interested in the Southern Route from Salt Lake City to Los Angeles.”&lt;br&gt; --Spanish Traces, newsletter of the Old Spanish Trail Association&lt;br&gt;
© University of Nevada Press
Design by BDG