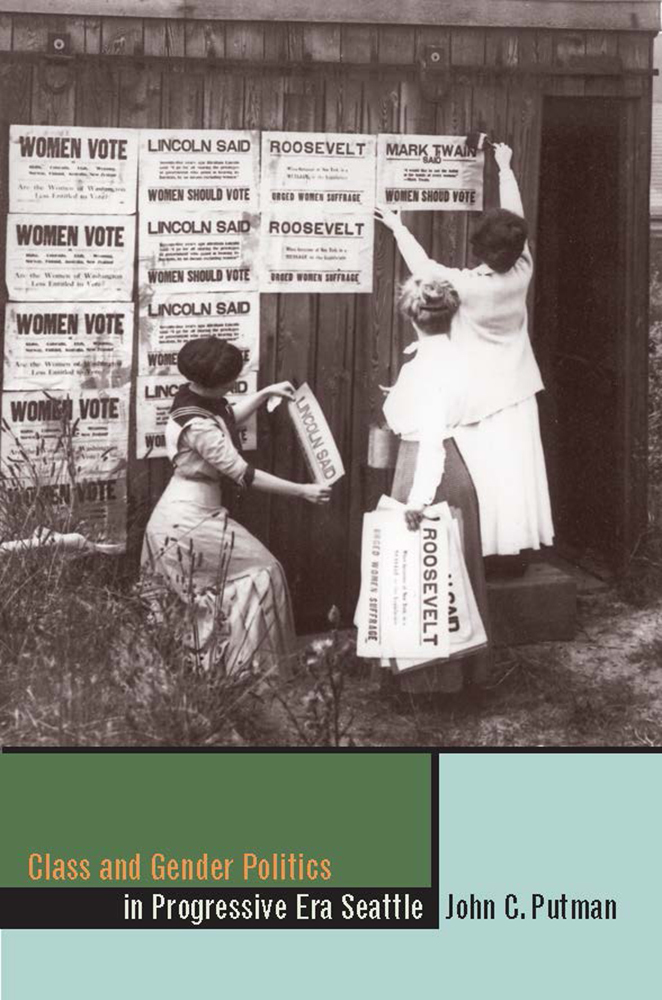 This book traces the interplay of class, gender, and politics in progressive-era Seattle, Washington during the formative period of industrialization and the establishment of a national market economy. With the rapid westward expansion of the capitalist marketplace by the dawn of the 20th century, national political and economic pressures significantly transformed both city and region. Despite the region's vast natural resources, the West had a highly urbanized population, surpassing even that of the industrial Northeast. Westerners celebrated the region's wide-open spaces, and even though a large part of the West's economy was centered in the mines, fields, and forests, most chose to live in the city. Cities thus witnessed the intersection of class, gender, and political reform as residents struggled to &lt;br&gt;
Author Bio
John Putman is an Associate Professor of History at San Diego State University. He is the author of two articles on class and gender politics in Seattle and he is currently working on a project that explores early twentieth-century Pacific Coast Expositions.&lt;br&gt; &lt;br&gt;
Reviews
“Putman skillfully chronicles how labor and women’s groups (representing both middle- and lower-income women) worked together to promote reform in Seattle before World War I. To my knowledge, there is no book set in the urban West that examines the political relationships between these groups and certainly none that does with the analytical prowess of Putman’s.”&lt;br&gt; --Eugene P. Moehring, author of Urbanism and Empire in the Far West, 1840-1890&lt;br&gt; &lt;br&gt; “What this book has to offer, in contrast to the existent literature, is a study of Seattle, an important urban center where major labor conflicts of the early twentieth century occurred in a state that granted women suffrage early and in which women’s organizations had important influence and power. John Putman places this study in the context of the expanding field of western history and connects his work to it by emphasizing ‘the New West’ as a focus for both historical development and scholarly attention. His analysis of a wide range of middle- and working-class organizations that were involved in the tumultuous politics of the age adds to the book’s significance.”&lt;br&gt; --Elizabeth V. Faue, author of Community of Suffering and Struggle: Women, Men, and the Labor Movement in Minneapolis, 1915-1945&lt;br&gt; &lt;br&gt;
© University of Nevada Press
Design by BDG