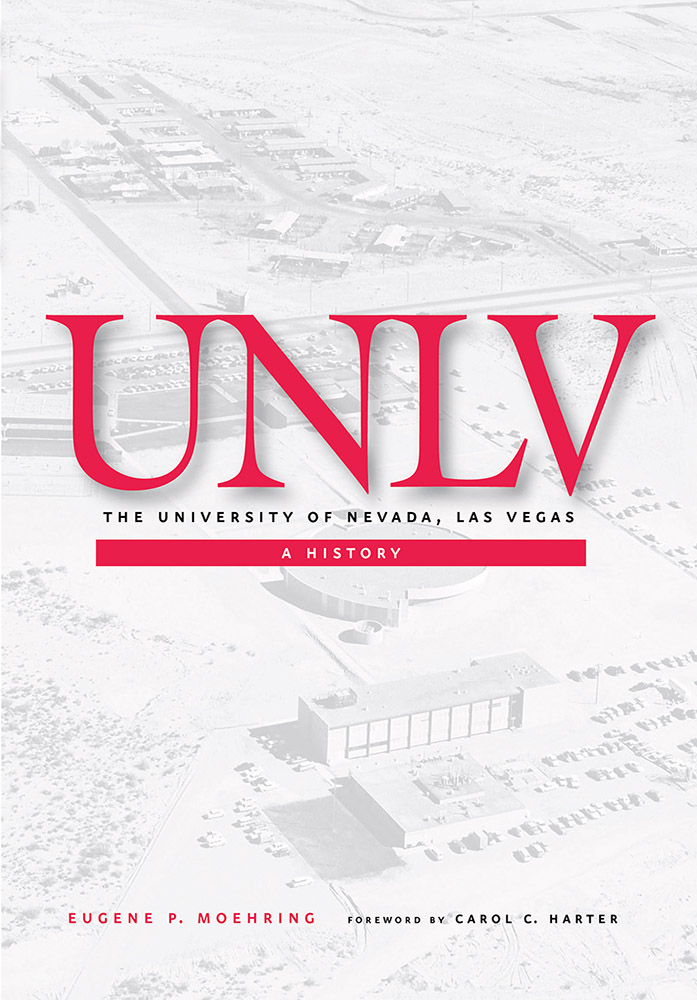 The complete history of UNLV in celebration of its 50th anniversary. In 1951, the rapidly growing population of Las Vegas was demanding teachers for the city's burgeoning schools and an opportunity for local high school graduates to earn a university degree close to home. That year, Nevada's Board of Regents, the governing board of the state's system of higher education, initiated a post-high school program in Las Vegas as an extension branch of the University of Nevada in Reno. Few people at the time anticipated the fledgling institution's remarkable future. With an initial enrollment of twelve full-time students taking evenings-only classes in the cramped dressing rooms of the Las Vegas High School auditorium, the school struggled for survival. It was not until September 10, 1957, that UNLV finally opened for classes on its own campus and began a new era of higher education in the state. In The University of Nevada, Las Vegas, noted historian Eugene P. Moehring recounts UNLV's phenomenal growth. Here are the personalities who created and guided the school, from Maude Frazier, the visionary educator who fought to bring higher education to southern Nevada, to the professors, administrators, coaches, and other campus personalities who helped shape the institution and its traditions. Moehring discusses the decisions and controversies that influenced the University's location, goals, programs, and personnel, as well as the significant role played by its students. He also examines the unusual relationship between the University and the city, which has developed since the 1955 campaign that raised money to purchase land for a permanent campus by sending students door-to-door to solicit donations. Today, the remarkable synergy between UNLV, Las Vegas's business community, and private philanthropists has been instrumental in creating and supporting many of the University's most important academic programs. Published in conjunction with UNLV's celebration of its fiftieth anniversary, The University of Nevada, Las Vegas is the account of one of the country's most vibrant institutions of higher learning, a major public research university that reflects and contributes to the booming modern metropolis around it.
Author Bio
Eugene P. Moehring, a native of Brooklyn, is professor of history at the University of Nevada, Las Vegas. He is the author of Resort City in the Sunbelt: Las Vegas, 1930–2000 and Urbanism and Empire in the Far West, 1840–1890 and coauthor of Las Vegas: A Centennial History, among other works.
Reviews
© University of Nevada Press
Design by BDG