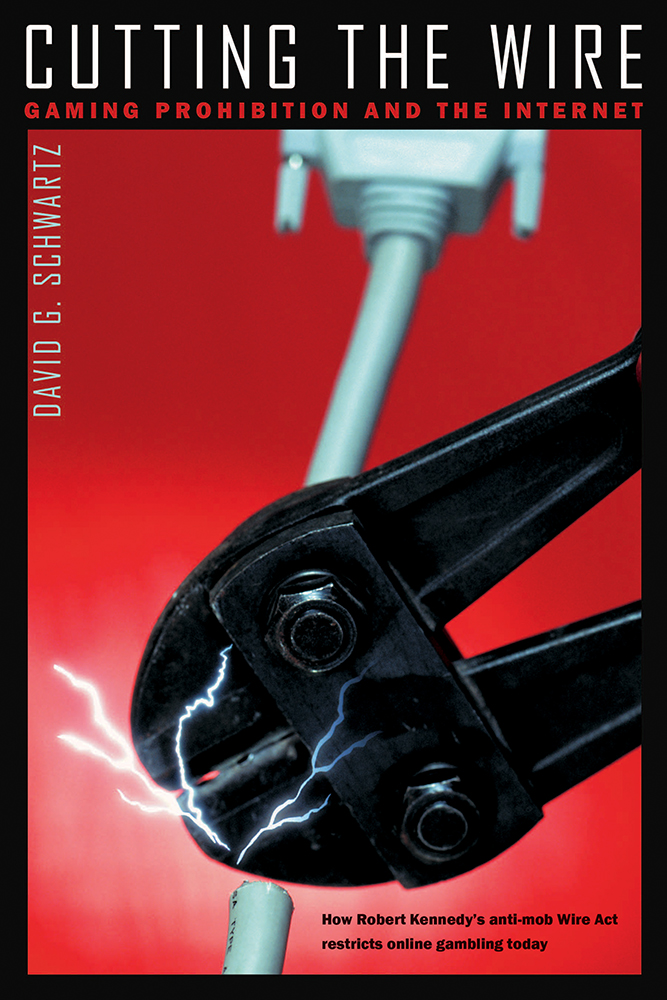 Cutting The Wire
Gaming Prohibition And The Internet
$24.95

The story of the Wire Act and how Robert Kennedy’s crusade against the Mob is creating a new generation of Internet gaming outlaws.Gambling has been part of American life since long before the existence of the nation, but Americans have always been ambivalent about it. What David Schwartz calls the “pell-mell history of legal gaming in the United States” is a testament to our paradoxical desire both to gamble and to control gambling. It is in this context that Schwartz examines the history of the Wire Act, passed in 1961 as part of Attorney General Robert F. Kennedy’s crusade against organized crime and given new life in recent efforts to control Internet gambling. Cutting the Wire presents the story of how this law first developed, how it helped fight a war against organized crime, and how it is being used today. The Wire Act achieved new significance with the development of the Internet in the early 1990s and the growing popularity of online wagering through offshore facilities. The United States government has invoked the Wire Act in a vain effort to control gambling within its borders, at a time when online sports betting is soaring in popularity. By placing the Wire Act into the larger context of Americans’ continuing ambivalence about gambling, Schwartz has produced a provocative analysis of a national habit and the vexing predicaments that derive from it. In America today, 48 of 50 states currently permit some kind of legal gambling. Schwartz’s historical unraveling of the Wire Act exposes the illogic of an outdated law intended to stifle organized crime being used to set national policy on Internet gaming. Cutting the Wire carefully dissects two centuries of American attempts to balance public interest with the technology of gambling. Available in hardcover and paperback.

David G. Schwartz is director of the Center for Gaming Research at the University of Nevada, Las Vegas. He is also the author of Cutting the Wire: Gambling Prohibition and the Internet (University of Nevada Press) and several other books about gambling and history.

"Histories of gambling are available elsewhere, but Professor Schwartz's well-researched study of the Wire Act and antecedent legislation is a unique and valuable contribution to the literature." —Eugene Martin Christiansen, Journal of Gambling Issues, January 2007

“As a student of American culture and of gambling, I find his analysis intriguing and insightful. Unlike some other writers in the past, he takes a balanced attitude toward the subject of gambling. . . . He understands that gambling is not only pervasive in our society, but that it is indigenous and impossible to stop.” —James F. Smith, author of The Business of Risk: Commercial Gambling in Mainstream America

“I find this a compelling piece of work. . . . Schwartz proves himself to be a disciplined historian who does not hesitate to get his hands dirty in archives, understands how to conceptualize his subject in terms of local, national, and international affairs, and writes with refreshing vigor.” —Paul J. Vanderwood