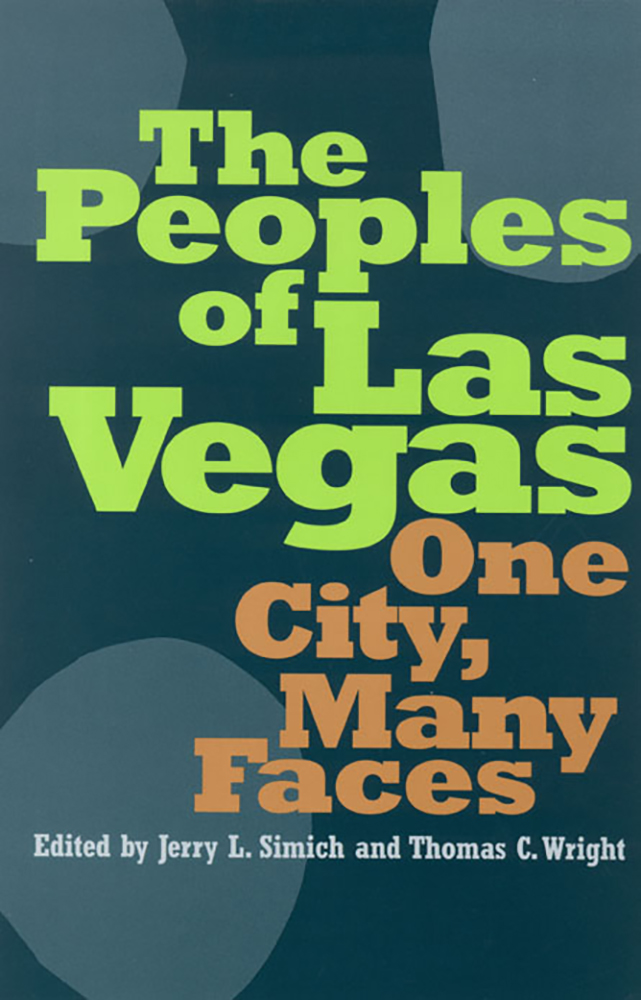 Beneath the glitzy surface of the resorts and the seemingly cookie-cutter suburban sprawl of Las Vegas lies a vibrant and diverse ethnic life. People of varied origins make up the population of nearly two million and yet, until now, little mention of the city has been made in studies and discussion of ethnicity or immigration. The Peoples of Las Vegas: One City, Many Faces fills this void by presenting the work of seventeen scholars of history, political science, sociology, anthropology, law, urban studies, cultural studies, literature, social work, and ethnic studies to provide profiles of thirteen of the city’s many ethnic groups. The book’s introduction and opening chapters explore the historical and demographic context of these groups, as well as analyze the economic and social conditions that make Las Vegas so attractive to recent immigrants. Each group is the subject of the subsequent chapters, outlining migration motivations and processes, economic pursuits, cultural institutions and means of transmitting culture, involvement in the broader community, ties to homelands, and recent demographic trends.

Jerry L. Simich received his PhD from UCSB and is emeritus associate professor of political science at the University of Nevada, Las Vegas.

Thomas Wright received his B.A. from Pomona College (1963). He took his junior year in Peru, which began his life-long interest in Latin America. He went to the University of California, Berkeley for the M.A. (1964) and Ph.D. (1971). He is a distinguished professor of history at the University of Nevada, Las Vegas.

Wright teaches a variety of courses on Latin America, including a two semester lower division survey of Latin American history. Upper division courses include History of Mexico, History of the Andean Region, Revolution and Reaction in Contemporary Latin America, and The Mexican Revolution. At the graduate level, he offers the colloquium and research seminar on Modern Latin America. He also teaches occasional seminars for the Honors College.

Wright’s research interests focus on twentieth century Latin American political history. His books include Latin America in the Era of the Cuban Revolution (rev. ed., 2001); Flight from Chile: Voices of Exile (co-author Rody Oñate, 1998); Food, Politics, and Society in Latin America (co-editor John C. Super, 1985); and Landowners and Reform in Chile: The Sociedad Nacional de Agricultura, 1919-1940 (1982). Two of these have been published in Spanish translation. He is currently working on a book on state terrorism and human rights in Chile and Argentina.

In addition, he has published journal articles, book chapters, and entries in proceedings and encyclopedias on various Latin American topics.