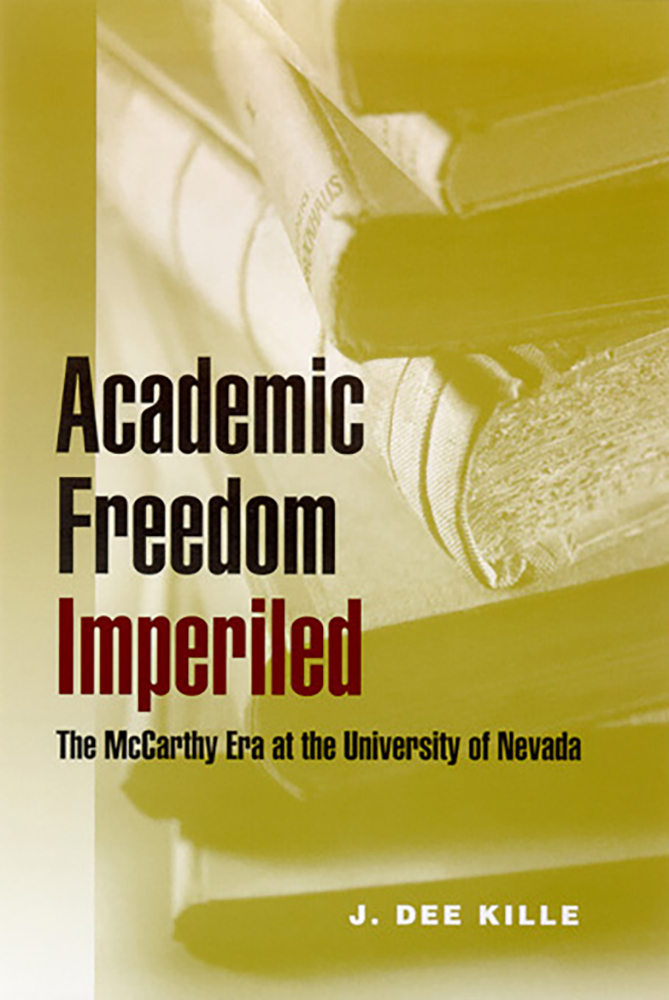 Academic Freedom Imperiled
The Mccarthy Era At The University Of Nevada
$29.95

The University before and during World War II was a small (fewer than 2,000 students) school offering basic programs to a largely Nevada-based student body in the nation’s least-populated state. The campus was quiet, secure, traditional, and generally conservative. The postwar years brought booming enrollments and new faculty members, many from outside Nevada, imbued with a sense of the importance of shared academic governance.
Soon, the university found itself embroiled in an intense controversy that threatened its academic integrity and even raised concerns about its future as a viable institution. The 1952 appointment of Minard W. Stout as president triggered the crisis. Mandated by a conservative Board of Regents to "clean up" the university, Stout brought to his new job an authoritarian, top-down chain of command. His subsequent battles with faculty and students over their role in university governance and over the very nature of higher education soon degenerated into angry accusations of faculty Communist sympathies and bitter confrontations over academic free speech, academic freedom, and loyalty.
J. Dee Kille’s lively and insightful account of the crisis "on the hill" rests on a wide range of archival sources, interviews and oral histories, university records, and published sources.
Author Bio
J. Dee Kille received her Ph.D. in Social, Cultural, and Intellectual History from the University of Nevada, Reno. Her dissertation focused on the creation and disintegration of mining culture in Goldfield, Nevada between 1906 and 1908. Her research interests include Nevada history, Labor history in the United States, Socialism, and Radicalism. She has written for the Nevada State Historical Society Quarterly and written book reviews for various quarterlies.
Reviews
"Well researched and written, Academic Freedom Imperiled provides a portrait of a public university attempting to adjust to change under stress."
—The Journal of American History
© University of Nevada Press
Design by BDG