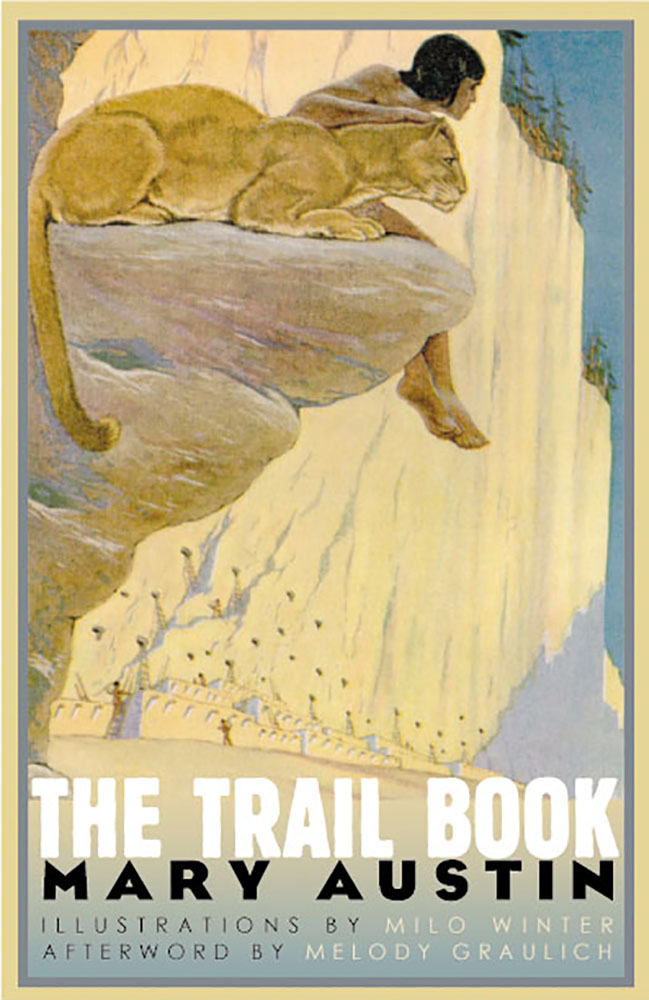 The Trail Book is a classic of American nature writing. First published in 1918, it is a collection of children’s tales, framed by its setting in New York’s Museum of Natural History. For two children, Oliver and his sister Dorcas, the museum’s famed dioramas (which were new at that time) come to life and admit them into a series of exciting adventures that include talking animals and magical travels. Along the way, the children discover the ways of the ancient Native Americans and the landscapes of the pre-Columbian continent, as well as the impact on both Indians and wildlife from contact with European explorers and Euro-Americans. Told by a variety of narrators, including some of the animals, the stories offer a perceptive and sympathetic view of the natural history of North America and of Native American–white relations.

This edition of The Trail Book includes an afterword by Austin scholar Melody Graulich that addresses Austin’s motives in writing the book and its significance as an early example of interdisciplinary multicultural literature. The illustrations by Milo Winter that enlivened the original edition are included, as are Austin’s appendix giving historical background and a glossary of Indian and Spanish names.

Author Bio
Mary Austin (1868-1934) wrote more than 30 books during her career, including Land of Little Rain(1903) and Lost Borders (1909). Born in Carlinsville, Illinois, Mary Austin eventually ventured west with her brother and widowed mother to homestead in California. Throughout her essays, poems, plays, and stories, she focused on environmental issues and the relationship between individual experience and cultural histories.
Reviews
© University of Nevada Press
Design by BDG