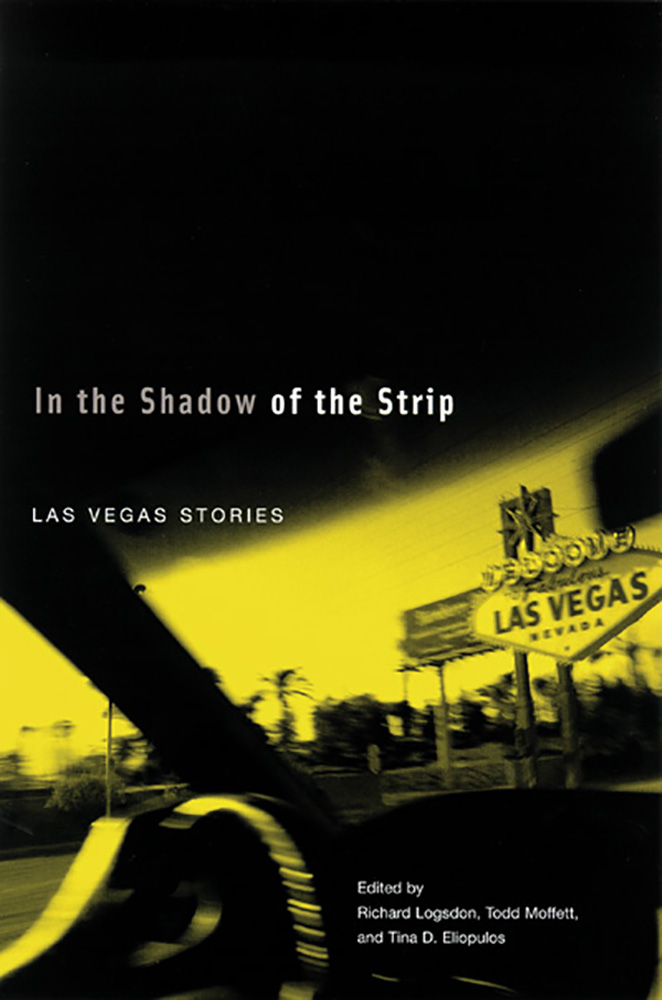 In The Shadow Of The Strip
Las Vegas Stories
$16.00

Las Vegas holds a unique place in the popular imagination and in the work of any number of contemporary writers of fiction. The fourteen stories in this anthology explore the multifarious personalities of America’s “Sin City” through the experiences of the dreamers and gamblers, the losers and the lost, who inhabit Las Vegas and confront its myriad attractions and disappointments.
Author Bio
For the past ten years, Rich Logsdon has been Senior Editor for the small print literary magazine Red Rock Review. One of the most prestigious magazines in the Southwest, Red Rock Review has featured works by many outstanding writers. He is also a prolific writer of short stories, which have appeared in many on-line journals and a few print magazines. Along with colleagues Todd Moffett and Tina Eliopulos, he has authored several college textbooks. His most recent textbook is titled Red Rock Reader, the second edition of which was published by Pearson in the fall of 2005. Dr. Logsdon is currently working on a novel.

Richard Logsdon received his Ph. D. in Eighteenth Century English literature from the University of Oregon in 1976 and has taught at CCSN as a full-time professor since 1975. He has also won several teaching awards.

Todd Moffett is a professor of English at the Community College of Southern Nevada and is an editor of "Red Rock Review."

Tina D. Eliopulos is a professor of English at the Community College of Southern Nevada and is an editor of "Red Rock Review."

Reviews
“This collection is more likely to spotlight aging alcoholics holed up at the Slots-O-Fun or the pathetic life of an unemployed prostitute than the standard Vegas hoopla. And it is this distinction between the myths and realities of Vegas—specifically the glaring gap that exists between the Strip’s entertainment world and the city’s locals, natives, and retirees—that the collection aims to portray. So what is the real Vegas? The most prominent theme of these stories is the irony in trying to pinpoint the exact exactness of Vegas. With a combination of alluring characters, compelling journeys, and intriguing, meditative tension, these stories do more than thwart Vegas’ cultural assumptions; they chip away at its complex identity.” —Sarah Faulkner, Southwestern American Literature
“For those who wish to know the real Las Vegas, this anthology of short fiction tells the truth.” —Jarret Keene, Las Vegas City Life, September 18, 2003
“A smorgasbord of style, theme, and subject matter, In the Shadow of the Strip seeks to give a three-dimensional view of this multifaceted and often schizophrenic city. This playful collection is a thoughtfully edited contribution to the western storytelling tradition as well as compelling primary evidence of the contradictory, enigmatic nature of a fascinating and understudied city.” —Heather Robison, Western American Literature, Winter 2006
© University of Nevada Press
Design by BDG