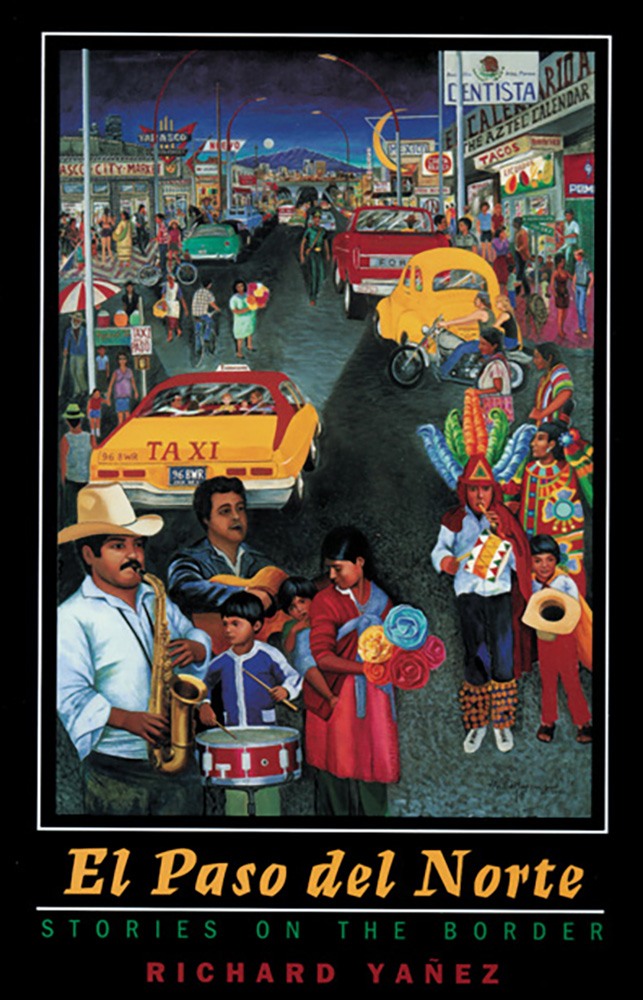 The Chicano characters in Richard Yañez's debut story collection live in El Paso's Lower Valley but inhabit a number of borders—between two countries, two languages, and two cultures, between childhood and manhood, life and death. The teenaged narrator of "Desert Vista" copes with a new school and a first love while negotiating the boundaries between his family's tenuous middle-class status and the working-class community in which they have come to live. Tony Amoroza, the protagonist of "Amoroza Tires," wrestles with the grief from his wife's death until an unexpected legacy fills him with new faith. María del Valle, "La Loquita," the central character of "Lucero's Mkt.," crosses the border into madness while her neighbors watch, gossip, and try to offer—or refuse—aid. Yañez writes with perfect understanding of his borderland setting, a landscape where poverty and violence impinge on traditional Mexican-American values, where the signs of gang culture strive with the ageless rituals of the Church. His characters are vivid, unique, fully authentic, searching for purpose or identity, for hope or meaning, in lives that seem to deny them almost everything. Yañez's world is that of the Southwestern Chicanos, but the fears and yearnings of his characters are universal.
Author Bio
Richard Yañez, associate professor of English at El Paso Community College, was born and raised on the U.S.-Mexico border.
Reviews
“Not only do these stories document, from an insider’s perspective, the overlap and collision of cultures, but the overarching theme of border gives the collection a novel-like coherence. Yanez creates a vital world rooted in Texas settings and inhabited by characters who are one with place. It’s a world that remains realistically convincing even as it also conveys metaphorical power. The notion of border comes to be explored on many levels—cultural, political, social, and psychological. Clearly, Yanez knows what he’s after, and it’s a pleasure to read a writer working out an idea (as opposed to merely rehearsing a predictable agenda)—an idea that’s wedded to emotion as authentic and unacademic as a Johnny Cash song.” —Stuart Dybek, author of The Coast of Chicago
“Yanez’s Chicano voice is unsentimental. His sketches remind the reader that prosperity is not measured by either class or happiness; it is measured by the dimensionality of our experience in community.” —Cynthia Green, Southwest BookViews, Summer 2003
“Among the strengths of the collection is the author’s ability to convincingly deliver these very different voices and stages in life with depth and nuance, sidestepping stereotypes in every case.” —Gussie Fauntleroy, Santa Fe New Mexican
“Yanez writes about how Chicano and American form a blended culture, how sanity is often indistinguishable from insanity, how the living can still love the dead and how things that seem different are really the same. It is a convincing achievement.” —Martin Naparsteck, Salt Lake City Tribune, May 4, 2003
“With a quiet grace and the gravity of those whose lives are permanently on the edge, the characters in Yanez’s debut collection offer an unvarnished look at Chicano life.” —Kirkus Reviews, February 2003
In El Paso del Norte, the city’s isolation seems to have been absorbed by its people. Yanez’s El Paso reminds one of those old Republic westerns, in which budgetary constraints produced one underpopulated Dry Gulch after another. Yanez’s characters walk through a world in which other people are often a rumor. . . . Yanez has tapped into the universal experience of these people, linked their desperate searches for happiness with the working-class characters captured before in Dublin, in New York circa 1905, in Carver’s misty Northwest. Perhaps the best thing I can say about these people is that I’d love to read about them ten years from now.” —Joseph McDade, Southwestern American Literature
© University of Nevada Press
Design by BDG