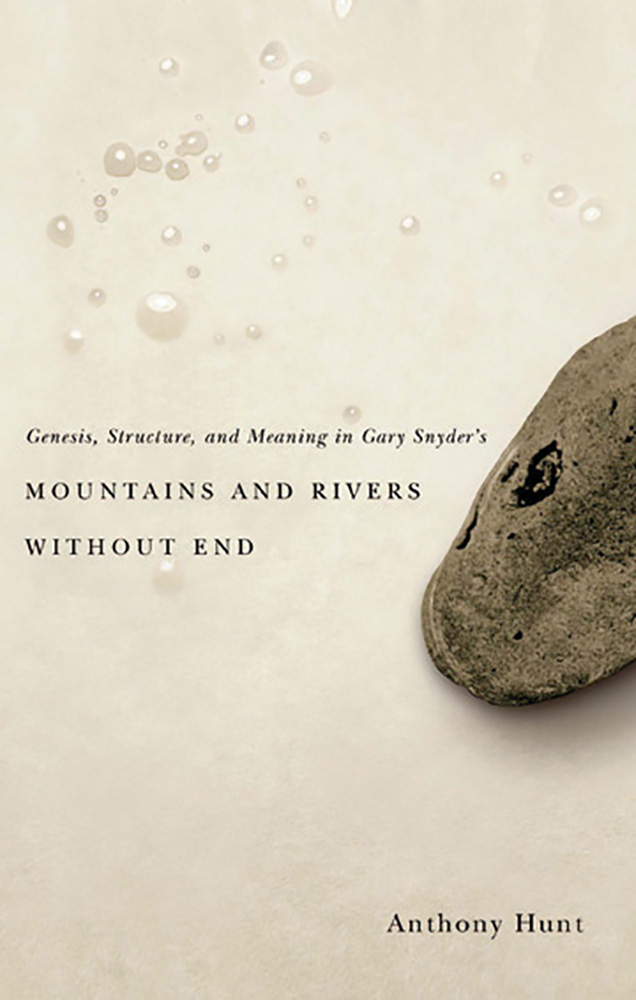 Genesis, Structure, and Meaning in Gary Snyder's Mountains and Rivers Without End
$34.95

When Gary Snyder’s long poem Mountains and Rivers Without End was published in 1996, it was hailed as a masterpiece of American poetry. Anthony Hunt offers a detailed historical and explicative analysis of this complex work using, among his many sources, Snyder’s personal papers, letters, and interviews. Hunt traces the work’s origins, as well as some of the sources of its themes and structure, including Nō drama; East Asian landscape painting; the rhythms of storytelling, chant, and song; Jungian archetypal psychology; world mythology; Buddhist philosophy and ritual; Native American traditions; and planetary geology, hydrology, and ecology. His analysis addresses the poem not merely by its content, but through the structure of individual lines and the arrangement of the parts, examining the personal and cultural influences on Snyder’s work. Hunt’s benchmark study will be rewarding reading for anyone who enjoys the contemplation of Snyder’s artistry and ideas and, more generally, for those who are intrigued by the cultural and intellectual workings of artistic composition.
Author Bio
Anthony Hunt taught courses in modern and American literature at the University of Puerto Rico at Mayagüez for thirty years. Well-known and well-published as a scholar of Gary Snyder’s work, Hunt focused his academic research on Snyder’s monumental long poem, Mountains and Rivers Without End, for more than two decades.
Reviews
“[This] book will be the foundation for all future examinations of this important literary work.” —Western American Literature
“Suggestive and rich in lore and ideas, Anthony Hunt’s explications will open the poems up for readers but at the same time—in my opinion—leave plenty of territory for them to find their own insights. These are informed, playful, creative commentaries that don’t impose themselves on the text but complement it.” —Gary Snyder
“Anthony Hunt’s book will certainly become the standard against which all other discussion of Gary Snyder’s poetry will be measured. Hunt has provided a thorough, multidisciplinary study. He knows Mountains and Rivers Without End better than anyone else besides Snyder.” —Patrick D. Murphy, author of A Place for Wayfaring: The Poetry and Prose of Gary Snyder
© University of Nevada Press
Design by BDG