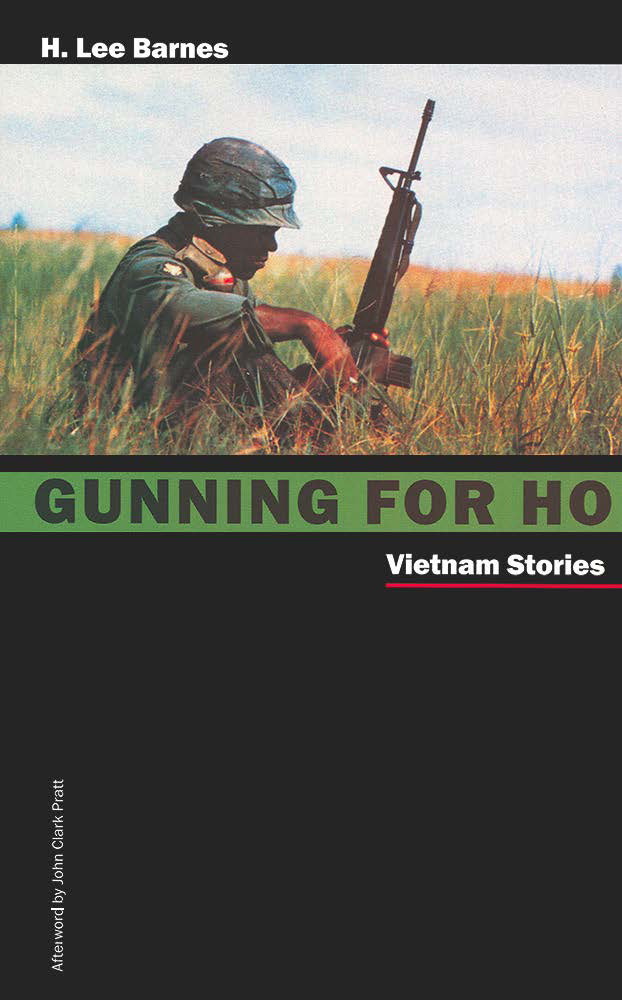 In this rich and varied collection of short stories (six stories & one novella), former Green Beret Lee Barnes deals with the war itself and with its aftermath, but his stories focus more on the human aspects of men in armed conflict and families at home than on the violent drama or political aspects of that war.
Author Bio
H. Lee Barnes, a native Westerner born in Idaho and reared in five Western states, resides in Southern Nevada where he teaches English and creative writing to college students. He has received many honors for his writing, including the Willamette Fiction Award and the Arizona Authors Association Fiction Award.
Reviews
"It’s as hard to find a hero as it is to pretend there’s no truth,’ the narrator of one of these fine tales muses, but even that isn’t completely true. Like Tim O’Brien and Larry Heinemann, in Gunning for Ho, H. Lee Barnes takes the reader beyond the now-familiar surface of Vietnam stories and manages to find truth in the simple heroism of enduring." —Stewart O’Nan, editor of The Vietnam Reader
"H. Lee Barnes’ Gunning for Ho is a commanding debut collection. These delicately crafted stories are powered by anger, sadness, bafflement and, eventually, a transcendent comprehension. Barnes writes with genuine compassion and unexpected humor as he excavates the innocence and complicity of so many of us who found ourselves at the unquiet site of the Vietnam War. His dramatic, beautiful book contributes to a gradual and complicated understanding among many of us who fought against and in that bloody war." —Valerie Miner, author of A Walking Fire
"It’s the Nineties perspective that make the stories in Gunning for Ho so full of resonance. Gone is bitter confession, guilt, art-as-therapy, or politics. In their place Barnes has given us vividly-imagined stories that draw upon one war to drive at the nature of all war." —John Mort, author of Soldier in Paradise
“Gunning for Ho is a formidable work that departs refreshingly from what might be considered a standard treatment of America’s most troubling war. Employing lean prose that can shift from stark reportage to brooding exposition at the drop of a grenade, the Community College of Southern Nevada English professor—who served in Tra Bong as a Green Beret—has written a collection of war stories that are at once direct, and yet cleverly indirect. Barnes doesn’t flinch when it comes to the expected violence, but when revealing the clockwork of a character’s heart, Barnes’ methods border on the extraordinary.” —Andrew Kiraly, Las Vegas CityLife, February 2000
“The edge between dream, nightmare, and raw reality is very thin in most of these stories.” —Booklist, March 2000
“Gunning for Ho is a remarkable collection, signaling the emergence of H. Lee Barnes as a major talent.” —Felicia Campbell, Real Audio, March 2000
© University of Nevada Press
Design by BDG