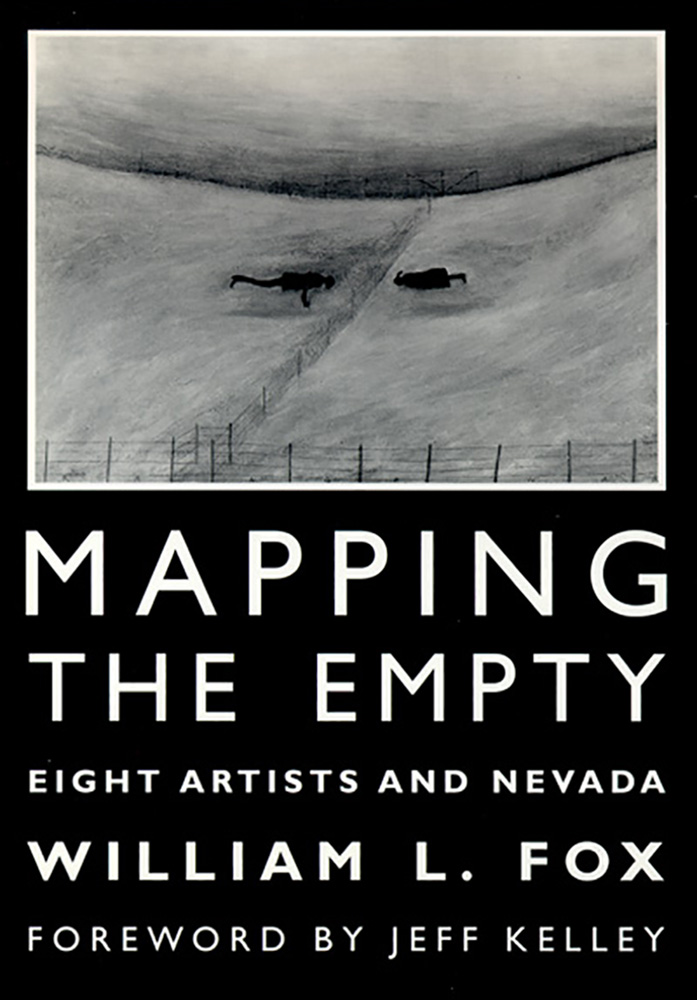 Foreword by Jeff Kelley. Nevada's open spaces have long inspired complex responses from a population largely shaped by European sensibilities toward land and its uses. In Mapping the Empty Fox considers how eight of the state's most distinguished and innovative contemporary artists have responded to the harsh, enigmatic landscapes of the Great Basin and how, through their work, they have expressed and helped to define our attitudes toward the space we call the West. The artists are Jim McCormick, Rita Deanin Abbey, Dennis Parks, Walter McNamara, Robert Beckmann, Michael Heizer, Bill Barker, and Mary Ann Bonjorni.
Author Bio
Bill Fox remains stubbornly outside the ability of critics to label him. An independent scholar, a cultural geographer, an essayist, a poet, a travel writer, Fox consistently brings together unexpected fields of knowledge in order to illuminate the subjects at hand. He has been an arts consultant, curator, and visiting scholar at the Getty Research Institute. He has written widely on the nature of deserts and the role of the arts in American culture. He is the author of numerous articles and books; his work on cognition and the landscape includes time in the Antarctic as a visiting writer with the National Science Foundation and work in the Arctic with NASA on the Haughton-Mars Project. He lives in Burbank.
Reviews
"Just imagine if any of the unreadable high-theory academics from your college art history classes had been storytellers, and you have, say, Mapping the Empty." —Jenny Price, Bomb Magazine
“Mapping the Empty is as perceptive in its analysis of each distinguished artist as it is in painting the big picture for us: that there’s more to understand and appreciate in this mostly empty space than first meets the eye.” —Phil Hagen, Las Vegas Life
“An eye-opening introduction to just how much important art is being made in Nevada.” —Geoff Schumacher, Las Vegas CityLife
“Fox is particularly insightful in the ways that contemporary artists have managed to deal with the landscape without falling into the picturesque. He is not interested in cowboy art or the kind of old-fashioned representation which has degenerated into mall art pictures of mountains and deserts. Rather, he deals with innovative artists who have found new terms for envisioning the land. These are postmodern artists for whom representation is problematic rather than taken for granted. Piet Mondrian is more relevant to their work than Frederic Remington or Charles Russell.” —Bert Almon, Western American Literature
© University of Nevada Press
Design by BDG