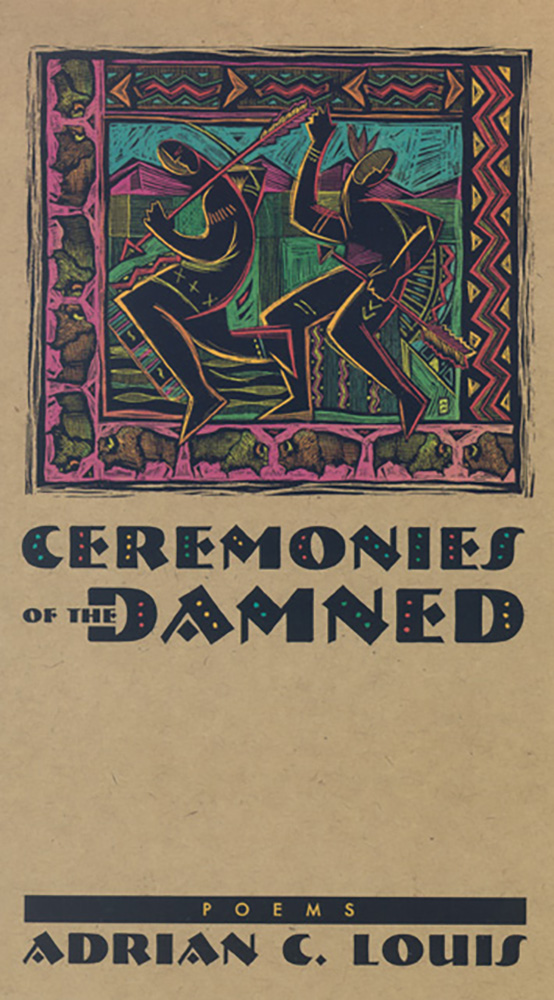 Ceremonies Of The Damned
Poems
$15.00

The world of acclaimed Native American poet Adrian Louis is harsh and full of pain—the blizzard-blasted plains and dusty towns of the northern Midwest, the hopeless barrenness of the Reservation, and a bleak interior world of loss, illness, and despair. Louis’s poems bring us to a place where ghosts hitchhike and the traditional pow-wow becomes an affirmation of bitter survival, where the lives of the young end too often in acts of meaningless self-destruction, and where his own existence becomes a daily battle with his cherished wife’s decline into the dementia of Alzheimer’s disease. Louis is a writer of extraordinary courage and skill, and these powerful, moving poems, wrested from the harsh experience of the Rez and his own lonely struggle with a merciless illness, will awe their readers with their brilliance and desperate humanity.
Author Bio
Adrian C. Louis was born and raised in Nevada and is an enrolled member of the Lovelock Paiute Tribe. He teaches at Oglala Lakota College on the Pine Ridge Reservation. He has numerous books of poetry and stories and awards to his credit.
Reviews
"Louis weaves with symbolism and attacks with truth. Pure rage and agony are his tools." —Western American Literature, Winter 2000
"Ceremonies of the Damned is like a quiet voice in the night." —World Literature Today, Summer 1998
"Adrian Louis writes of this world in the only way a truly brave man can—with ferocious honesty, anger, humor and unrelenting compassion." —Chiron Review, Spring 1998
© University of Nevada Press
Design by BDG