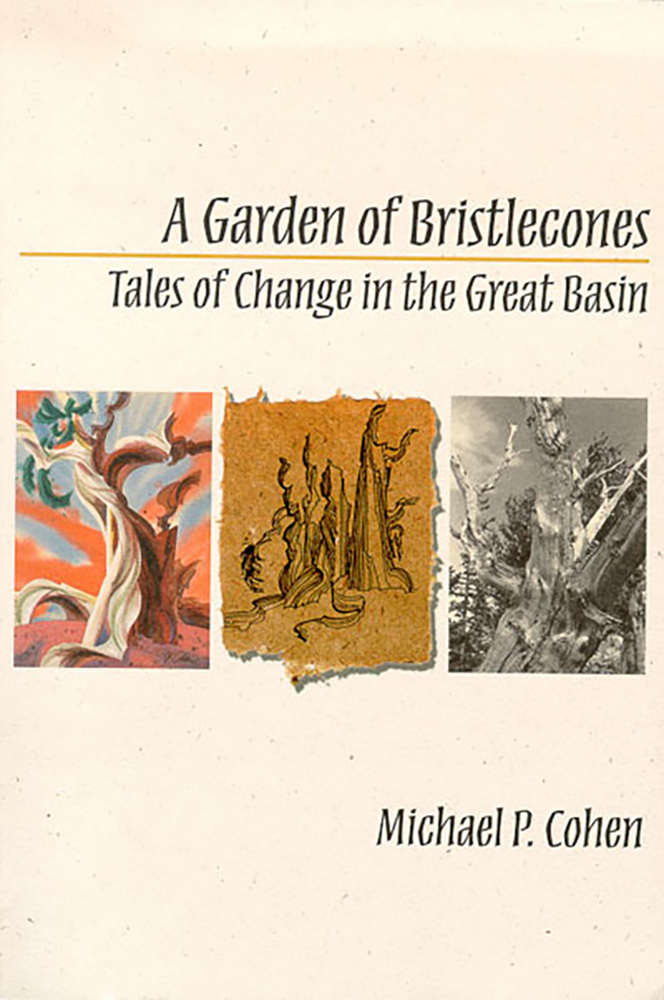 Garden Of Bristlecones
Tales Of Change In The Great Basin
$34.95

An engaging, well-illustrated natural and cultural history of the oldest living organism—the bristlecone pine. Since Edmund Schulman discovered in 1958 that individual bristlecones live nearly 5,000 years, the trees have been investigated primarily for the elaborate record their rings contain. The trees have been "read' closely, with major consequences for natural and human history. Historians have read local and global environmental change. Archaeologists have rewritten the history of civilization. Writers have transformed them into figures pertinent to the human dilemmas of time and eternity. A Garden of Bristlecones investigates professional and popular conceptions as a set of narratives drawn from the outside and inside of the trees. It reveals the premises of the investigators, the nature of their inquiry, and the extent of their knowledge, while also revealing the Great Basin bristlecone itself. Illustrations by Valerie Cohen.

Michael P. Cohen grew up in Southern California’s San Fernando Valley, was educated at UCLA, U.C. Riverside, and U.C. Irvine. Between 2000 and 2005 he was Visiting Professor in Literature and Environment at the University of Nevada, Reno.His first book, The Pathless Way: John Muir and American Wilderness, won the Mark H. Ingraham Prize, University of Wisconsin Press, among other awards. He has been a Research Fellow of the National Endowment of Humanities, a Danforth Fellow, and was awarded a Distinguished Teaching Award by the Utah Academy of Sciences, Arts, and Letters. His The History of the Sierra Club 1892-1970 has been called “a rare book: an institutional history that is nonetheless balanced, impartial, and unsparingly honest.” His most recent book, A Garden of Bristlecone Pines: Tales of Change in the Great Basin, was published by the University of Nevada Press and was a Finalist for Western States Book Award (WESTAF) in nonfiction.

He has been working on a cultural and environmental narrative sited in Southern Utah--where he taught for 27 years at Southern Utah University--occasioned by the political conflicts, and the planning for the Grand Staircase-Escalante National Monument, the first national monument to be administered by the Bureau of Land Management. He has also embarked on a study of the groundings of Ecocriticism, in the historically changing ideas of ecology, evolutionary theory, and literary theory, in the context of the environmental politics of the late twentieth century. He is known in the academic world as a pioneer in the realms of environmental history and “ecocriticism.” His writing is directed not only toward academic audiences. His western history has the literary qualities of fiction, his writings on trees are accessible histories of science. His work radiates a passion for the western landscapes.

Cohen also has a distinguished record as a rock climber and mountaineer. He is a pioneer of first ascents in the Sierra Nevada, is an avid skier, fly-fisherman, kayaker, and has been a professional mountain guide. His work is marked by familiarity with the wild rivers and mountains of the west, and informed by varied and multidisciplinary scholarly interests.

“This is a most impressive, groundbreaking work. Cohen’s research is extensive and his perspective genuinely 'transdisciplinary'" — Cheryll Glotfelty, co-editor of The Ecocriticism Reader