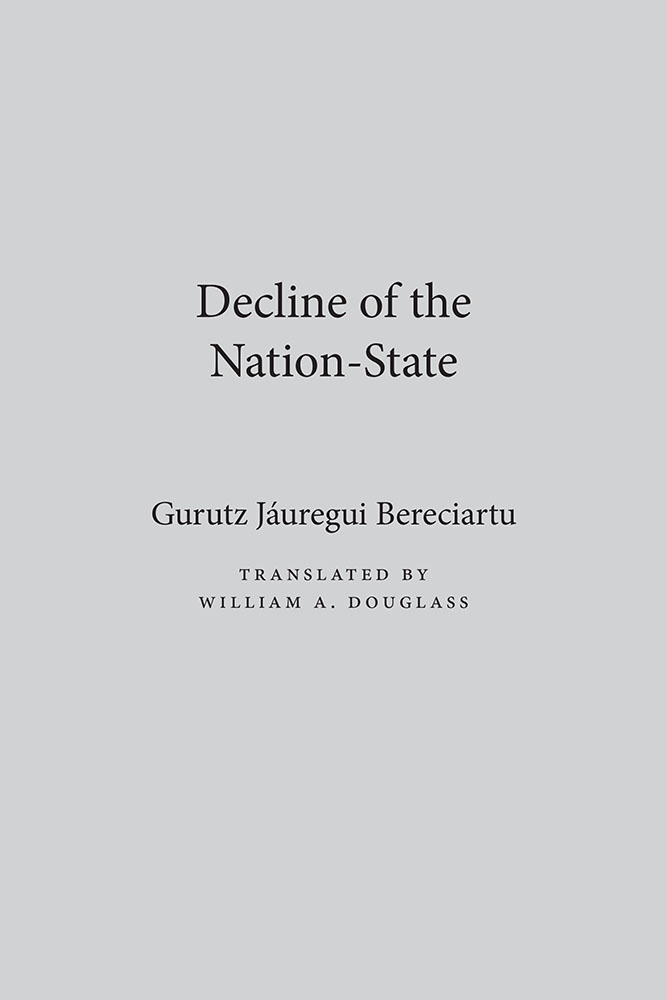 This scholarly work explains the historical and contemporary causes that have given rise to the current explosion of nationalist movements in western Europe. The text also discusses the course these movements may take in the future. The current world political order, maintained by the separation of and frequent antagonism between sovereign nation-states, is increasingly inadequate given the profound social, economic, and technological transformations which have occurred in recent years. The nation-state is no longer the axis of political systems. Existing nation-states are currently undergoing a process similar to the one that caused the disappearance of traditional social forms and territorial entities which were subsumed into broader political structures. The goal of contemporary nationalist movements to create their own nation-states may therefore constitute an anachronistic aspiration and historical error. This crisis of the nation-state, as a form of universal juridico-political organization, and its replacement by supranational structures, is fraught with its own dangers. The latter purports to construct a supranational Europe. However, this new Europe cannot be established in opposition to the nations and regions; rather, it must form a kind of consensual melting pot resulting from the mixture of the complex social and cultural traditions of the different communities constituting European society. Decline of the Nation-State was translated into English by William A. Douglass. It was published originally as Contra el estado-nación: En orno al hecho y la cuestion naciónal in 1986.

Gurutz Jáuregui Bereciartu is professor and chair of the Department of Constitutional and Administrative Law at the University of the Basque Country in San Sebastian. He has published extensively in the areas of Basque nationalism, Spanish autonomous communities, democratic theory, and nationalism.

“This volume by Gurutz Bereciartu is a work that ought to be read and needs to be carefully reread. It reflects sound—at times untrod—scholarship, and it deals with a pertinent issue, inviting questions about the crisis of the modern nation-state.” —Joerge Dyrkton, Canadian Review of Studies in Nationalism XXIV, 1997