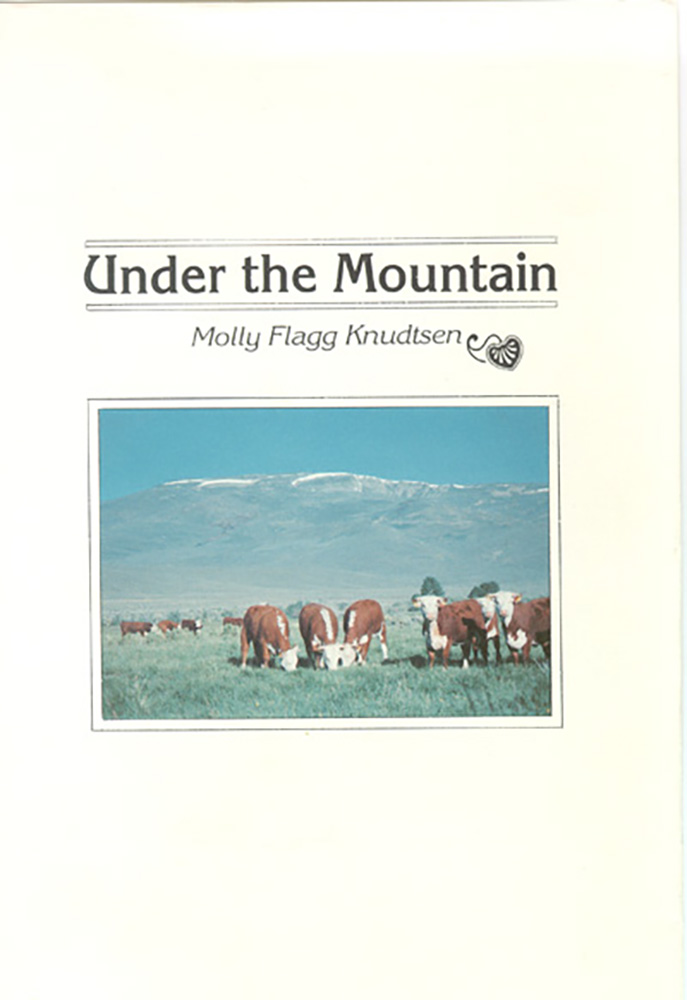 This collection of vignettes about life in Central Nevada is much more than a historical document. According to author Molly Knudtsen, “These are the stories neighbors and families tell, where fact grows just a little larger than life. This is the stuff of legend.”The book focuses on a time when splendorous houses decorated the windswept valleys of Central Nevada; where fearless, stouthearted men and women braved the elements to survive and seek their fortune; and when people who loved the land clung to it and gave it a character all its own. These tales capture the spirit and folklore of early-day Central Nevada and illustrate the effect on its present-day inhabitants. Molly Knudtsen shares the experience of riding horseback through some of the great archaeological finds of the valley. She divulges the secret of converting flour, yeast, and potato water into a perfect loaf of bread. And through colorful anecdotes, she passes along the legendary accounts of Colonel Dave Buel.

Molly Flagg Knudtsen (1915-2001) was a New York debutante, Nevada cattle breeder rancher and regent of the University of Nevada system from 1960-1980. She helped shape the university system's growth, including the establishment of the Desert Research Institute, the founding of the Anthropology Department, and the College of Agriculture's Knudtsen Resource Center is named after her. She attended Foxcroft School in Virginia and King's College, University of London. Her life-long love of horses started early, when she learned to ride —side-saddle —in Central Park as a child. She later learned English- and Western-riding styles and raised and trained throughbred horses.